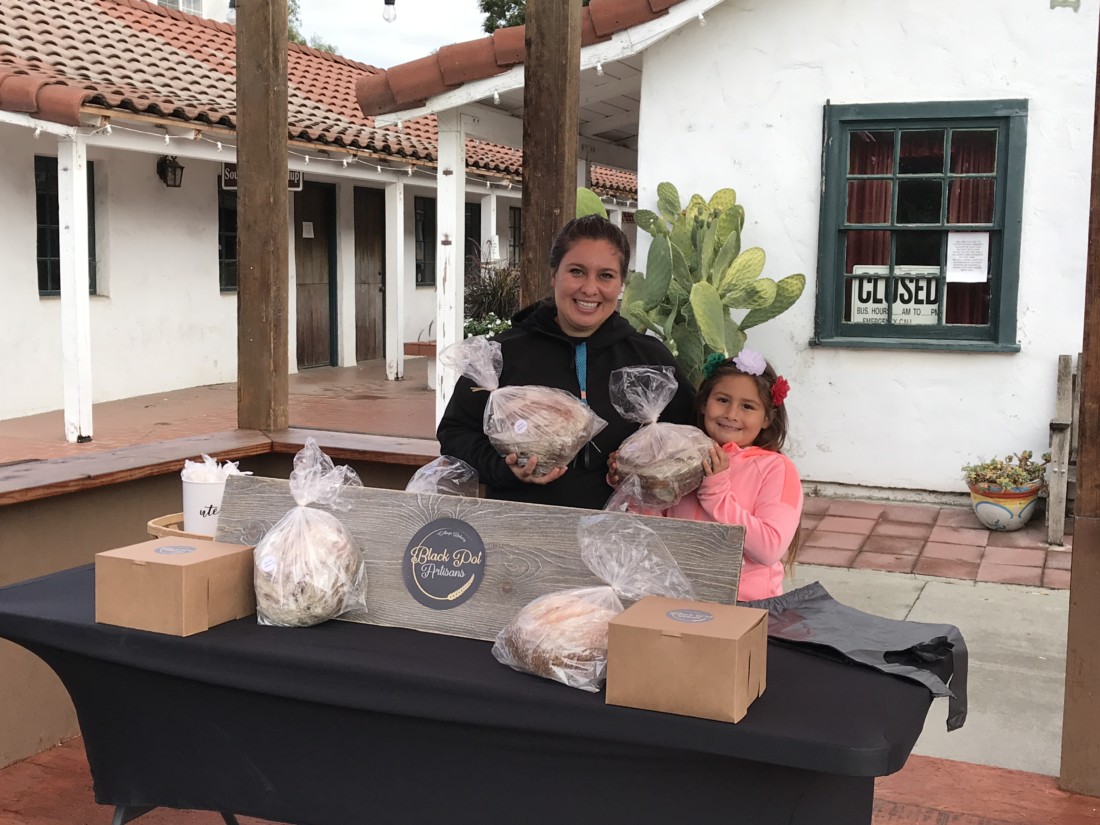 Savoring a slice of freshly baked sourdough bread, the young girl turned to the baker and said, “Mommy, maybe you should make your own bread business.” In a role reversal between parent and child, Leslie Dell followed her daughter’s advice and launched a cottage bakery.

Black Pot Artisans in San Juan Bautista opened for business last November, specializing in all things sourdough. In addition to offering contactless home deliveries on Tuesdays, Black Pot Artisans sells its products at a pop-up store in the mission city’s downtown Friday through Sunday from 8 a.m. to noon or until the inventory of boules, cinnamon rolls and loaves are sold out.

Like the bread she bakes, Dell’s business venture was kneaded from early aspirations, rising slowly to a signature product that leaves local palettes wanting more.

Dell told BenitoLink she dreamed about attending culinary school, but the time and costs associated with such a commitment derailed those plans. Instead, she took a single course on baking sourdough bread, drawn by its “subtle tastes” and inspired by the Italian artisan bakers whose creativity she hoped to emulate.

After countless hours of practice and patiently awaiting reactions from family and friends who served as taste testers, Dell felt confident enough to apply for a cottage industry license and began selling her bread first to her mom support groups on Facebook and then to the general public.

The 31-year-old San Juan resident has been on a whirlwind since—baking throughout the day and sleeping beside a timer that alerts her to tend to her dough at night; driving between Hollister and Morgan Hill to fill customer orders; and spending weekends with her daughter at the Brewery Twenty Five parklet at 106 Third Street in San Juan Bautista, where loyal customers arrive early, often depleting her stock by 10 a.m.

Despite the around-the-clock attention her business demands, Dell describes herself as “extremely blessed,” particularly concerning the encouragement she has received from her family and the local business community.

Because the four black dutch ovens that his wife initially used for baking were soon outpaced by the growing demand for her bread, Jeromy Dell oversaw the renovation of the family’s kitchen into one resembling a moderate-size bakery. He’s now converting a high roof cargo van into a mobile shop.

Meanwhile, Addyson Dell, the couple’s eight-year-old daughter and winner of the Gilroy Garlic Festival’s first-ever Garlic Chef Jr. in 2018, dispenses business advice while assisting her mom at the downtown pop-up.

Before landing at the San Juan parklet, the Dells had searched for a suitable piece of property for a pop-up location. When Brewery Twenty Five’s owners Fran and Sean Fitzharris learned of this, they immediately reached out and offered their parklet space for free.

“We love her products! Black Pot Artisans deserves a regular spot where you can find her weekly,” Fran Fitzharris told BenitoLink, adding that it’s important local businesses support each other, especially during “this terrible year for small business.”

Dell is grateful for the Fitzharris’ generosity.

“They are lifesavers for us,” she said. The brewery’s co-owners “are incredibly sweet people who welcomed us with open arms and who introduced us to other business owners in town.”

“You won’t get any better ones,” Balestrieri said of her purchase. “They’re soft and fresh. I’ve honestly never had a better one.”

The Black Pot Artisans owner doesn’t always hear her customers’ taste of approval. But when she does, it fills her with a sense of pride and purpose.

“It makes me feel like I’m doing something right,” Dell said. 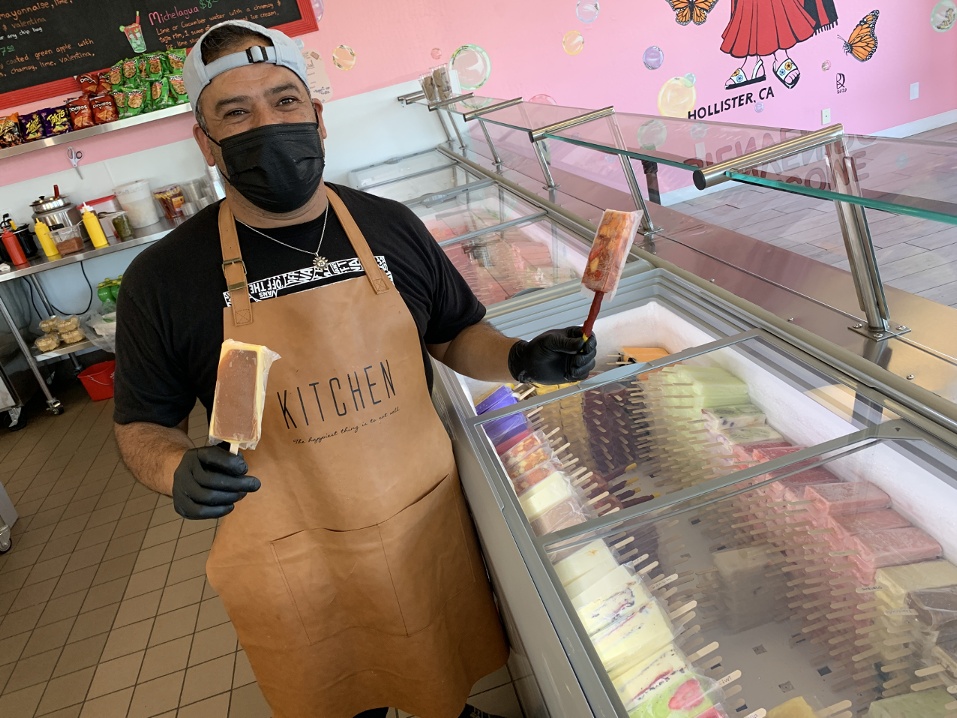 Menu highlights include homemade Mexican ice cream in over 40 flavors. 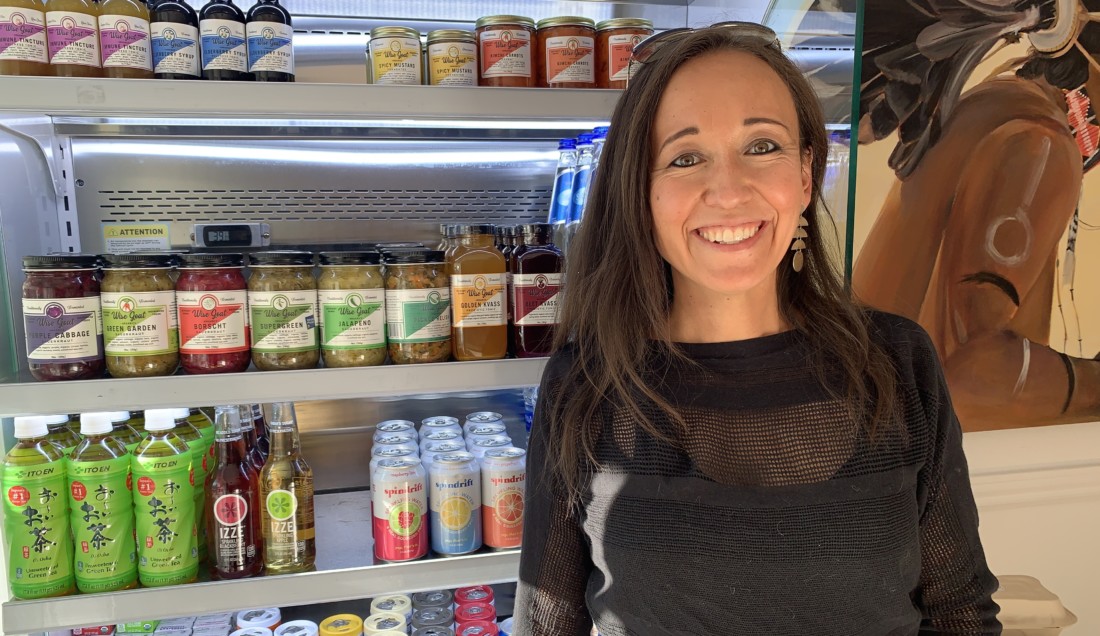 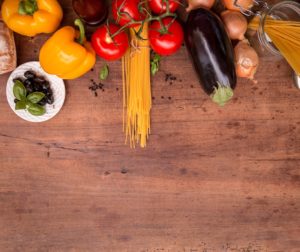