Whitman, Hughes and Weatherly reach the rank after after completing projects to benefit local parks 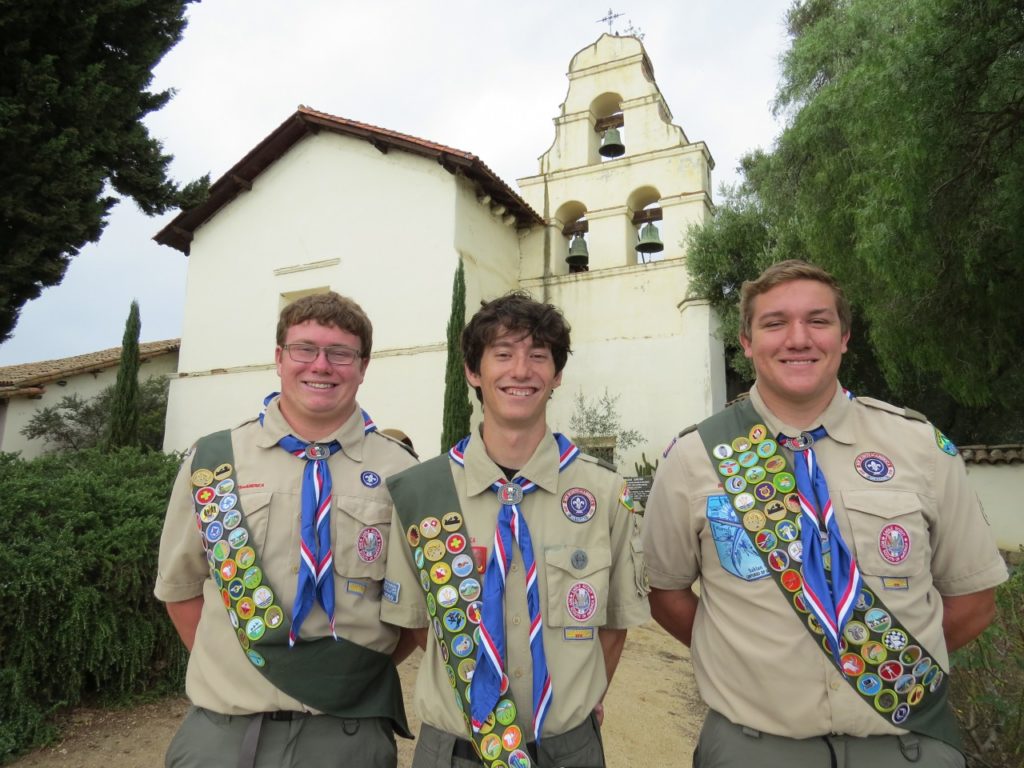 Boy Scout Troop 428 celebrated three of its own who achieved the Eagle Scout rank with a ceremony on Saturday, Nov. 26.

Eagle Scouts Ben Whitman, Parker Hughes and Evan Weatherly have been in the Scouting program together since they joined as Tiger Cubs in kindergarten. They reached the highest rank in Boy Scouting within a few months of each other this year, upon the completion of their individual Eagle Scout projects.

The City of Hollister is the beneficiary of all three projects as all three worked with Management Services Director, Mike Chambless, to coordinate the installation of their respective projects.

All three boys are seniors in area high schools.