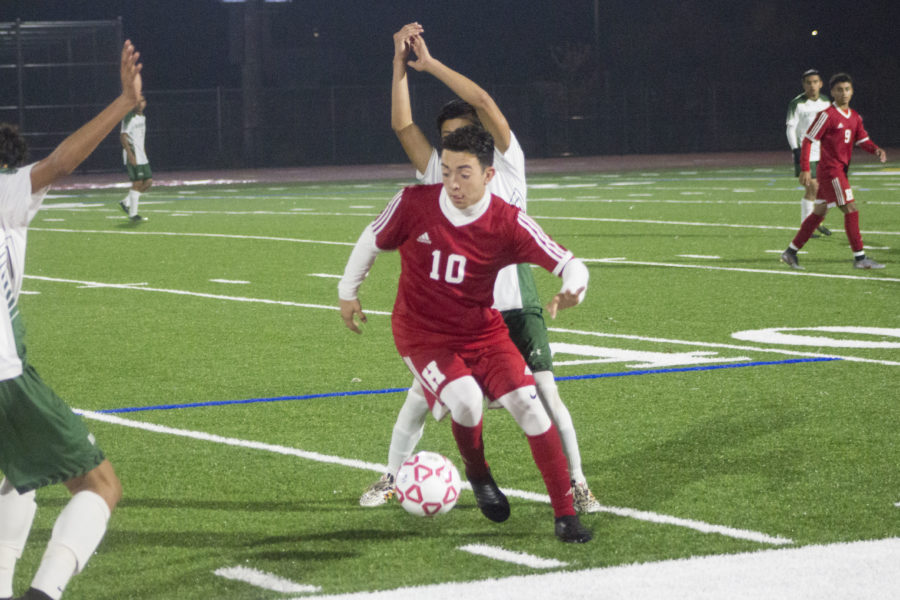 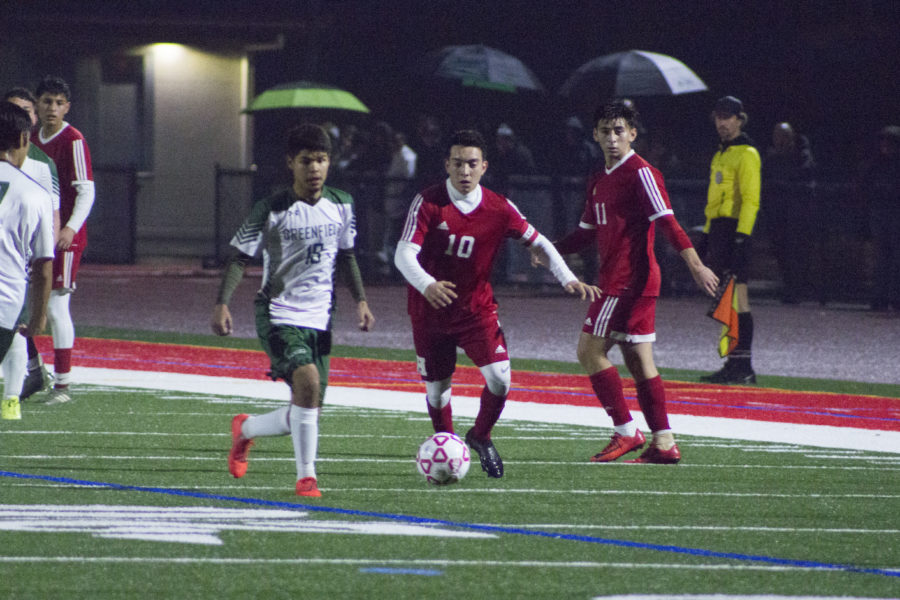 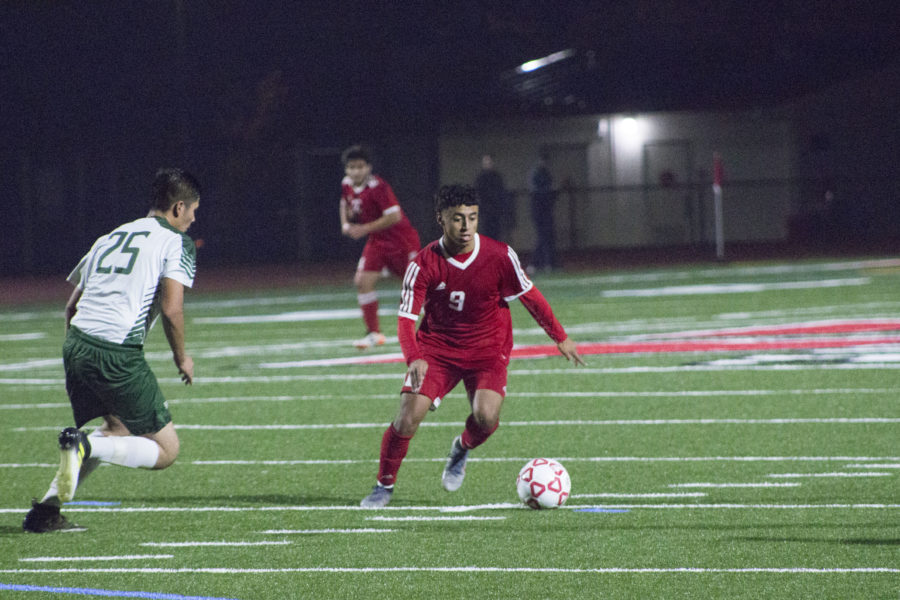 Jorge Molina dribbles past a Greenfield player during a match on Dec. 4. 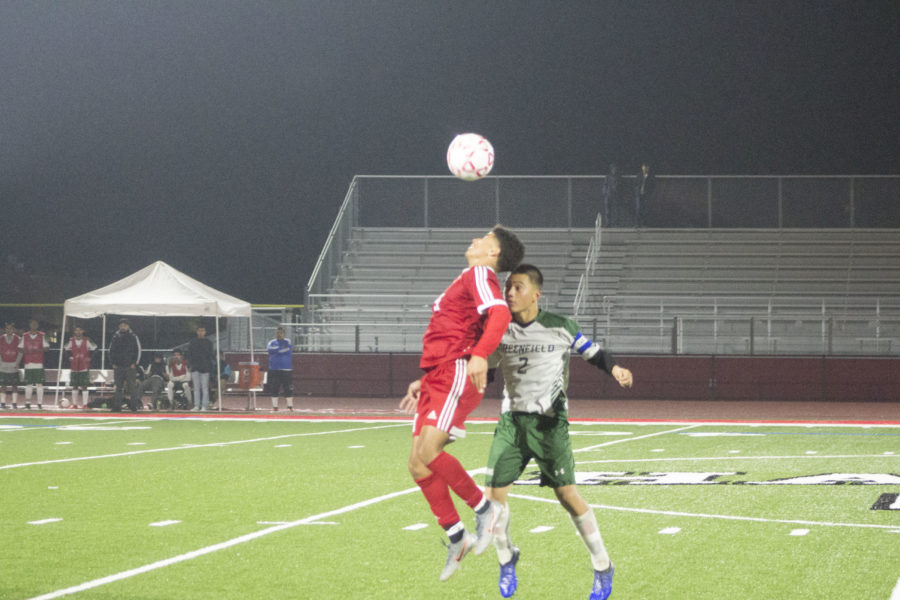 Forward Jorge Molina fights for the ball during a match against Greenfield.
×

Despite scoring early, the San Benito High School boys soccer team remain winless in two games after a 1-1 draw with Greenfield during its home opener on Dec. 4. The team also tied 1-1 with Leigh High School on Dec. 9.

The Balers got the start they were looking for against Greenfield when they scored in the fifth minute of the game. Junior midfielder Adrian Maldonado gave the Balers the lead with a shot following a rebound by the Greenfield Bruins’ goalkeeper.

San Benito’s lead lasted only four minutes, as the defense failed to clear a cross from Greenfield forward Jose Hernadez that ended up in the net.

Gaining confidence from the equalizer, the Bruins managed two more shots on goal following rebounds near the box in the first half. Both shots sailed just above the goal.

The Balers also responded with two scoring chances before the break, including a shot that hit the outside of the goal and a header by senior defender Jaime Coria off a corner that was just off target.

“Started very good in the first 15 minutes,” said Baler coach Greg Dolan. “We had a couple of people that were injured tonight so we had a few people playing in different positions than they normally play.”

Dolan said among those key players for the Balers’ season that missed the game is senior defender and team captain Erik Servin. He added that Servin is one of the best defenders in the league that has won his teammates’ respect and appreciation through his leadership on and off the field. This will be Servin’s third year with the varsity team.

“He is a natural leader,” Dolan said.

With two starting defenders missing the game, San Benito’s senior goalkeeper Wilbert Casaca stepped up. He was a key factor in the second half of the game and helped maintain the tie with five saves.

With nine minutes left in the match, Casaca got his hands on the ball near the goal line from a shot off a free-kick. Four minutes later, he got a slight touch on a ball that hit the crossbar, preventing a game-winning score from Greenfield.

“Nobody was communicating, nobody was taking charge,” Dolan said. “Too many people screaming at referees and that’s something I have to take fault for.”

Hoping to get one more shot on goal with two minutes left in the match, the Balers got caught on a counterattack that left senior defender Manuel Castro in a sprint-off with Bruins forward Jesus Zavala.

As Zavala neared the 18-yard box and got ready to get a shot off with only Casaca to beat, Castro stuck out his foot to deflect the ball from behind.

Playing on a fast field made faster by the rain, midfielder Maldonado said the team’s struggles were self-imposed.

“We got too [confident],” Maldonado said. “We slowed down. We gave them lots of opportunities.”

The Balers are looking to get their first win of the season on the Homestead Cup tournament on Dec. 12 against the hosts. The next home game is Dec. 17 against Los Gatos High School.