Workshop encourages businesses not to reject job applicants because of criminal history. 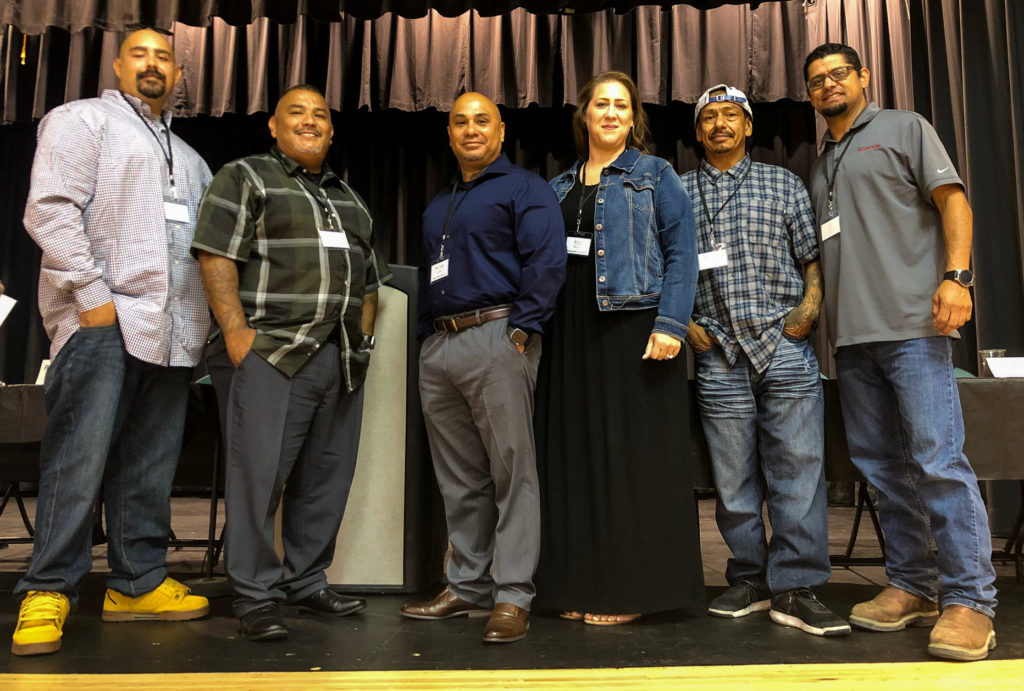 The San Benito County Workforce Development Board (WDB) hosted its first Second Chance Employment Workshop on July 16 to raise awareness about the difficulty people with criminal backgrounds face in finding employment, and to educate employers about the benefits of hiring previously justice-involved individuals. The event was hosted at the Veterans Memorial Building and featured programming by the Dave’s Killer Bread Foundation (DKBF).

One panelist, Michael Salinas, was incarcerated for 39 years. He said when he was 11 years old, he was sent to a juvenile detention center and moved to state prison as an adult. He was released in San Benito County, where he finally decided to get clean. After adopting a sober lifestyle, Salinas struggled with the post-traumatic stress disorder he developed while in prison.

He said his life turned around after being hired by Valley Health Associates, located in Salinas. In three years, he progressed from a peer mentor to a substance abuse counselor, and now works as the service manager of his own outpatient program. While helping others, he began to better understand his own experiences and condition.

“Anything is possible,” Salinas told the audience. “For so many people who were incarcerated, all they need is that one chance. All my life I was told I would never amount to anything. All I needed was that one person to tell me, ‘I’m going to do this for you. I’m going to give you this job.’”

Fellow panelist Pablo Gaxiola, who now works as the director of reentry services at Goodwill of Silicon Valley, shared a metaphor to describe how people with criminal backgrounds often feel powerless when seeking out opportunities.

“When a baby elephant is born into a circus family, his owner ties him down with a chain attached to a stake,” Gaxiola said. “At the time, the stake is strong enough to keep the elephant within that radius. As that elephant begins to grow, although his size is increasing, the owner doesn’t change the size of that stake, because the elephant has learned through conditioning that the stake is strong enough to keep him in place. For people coming home from prison, even in our everyday lives we become conditioned to the way things are, and we don’t realize how powerful we can be.”

“There’s a lot of issues and stress they face, and if by hiring we can lessen some of that stress of ‘How am I going to pay my bills? How am I going to care for my family?’ By giving them a chance, we can make a difference,” said Renée Hankla, reentry program manager at the San Benito County Probation Department. “Remember, what do we want for the person? Do we want them to go back to crime, or do we want to see them succeed? You could be breaking the chain, for them and their family.”

If something concerning comes up in the hiring process, “Just ask the applicant,” said panelist Rehana Lerandeau, fair chance programs manager at Checkr. “See if there is evidence that the person is trying to recover.”

Although the workshop primarily focused on hiring people who were formerly incarcerated, the workforce development board also spoke of hiring veterans.

Raymond Creech, a veteran employment representative for the Employment Development Department in San Jose, said that it can be difficult for veterans to find employment.

An Air Force veteran himself, Creech said his passion is helping other veterans by providing them with job training, resume and interview skills.

“The military sets [veterans] up with strict discipline, but they often leave disabled and lacking confidence. One of the biggest things I do is when a veteran applies to a job, I go to the potential employer and advocate for the veteran. Especially if I already have a relationship with that employer, I try to talk to them about what went wrong so I can help the veteran.”

At the end of the workshop, participants took a brief survey which revealed that 92% of them were more open to hiring people with criminal backgrounds than they were before coming to the event.

“There are roadblocks for employers when hiring justice-involved individuals,” said Enrique Arreola, deputy director for the San Benito County Health and Human Services Agency and also director of the workforce development board. “This kind of venue works perfectly for breaking these stigmas of theft and unreliability. They are regular people, too, who can be honest, trustworthy, and productive assets to their companies. I see employment for them more as a fair chance than as a second chance.”