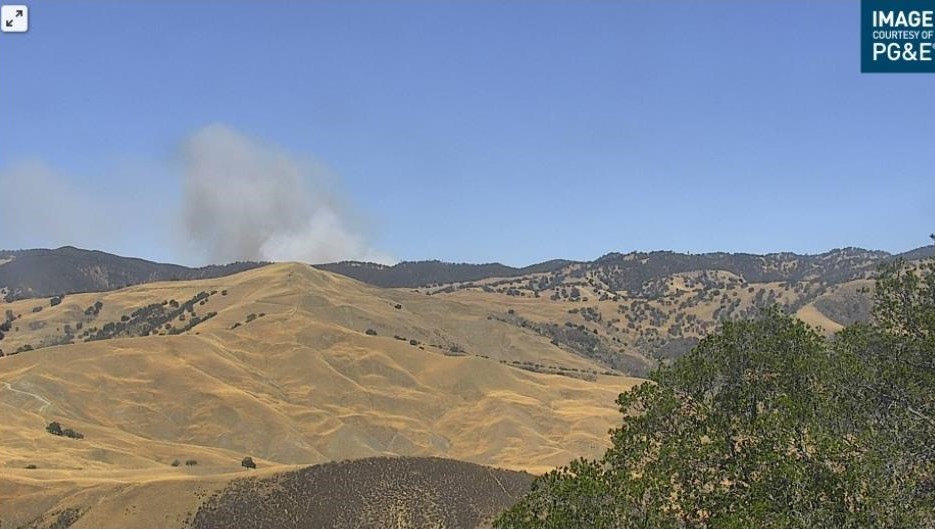 CalFire units are on scene of a vegetation fire burning off Panoche Road in San Benito County. Photo courtesy of PG&E.
×

CalFire extinguished the Panoche Fire on June 24. According CalFire’s website, it burned 145 acres.

CalFire responded to a vegetation fire burning off Panoche Road and Moody Canyon in San Benito County on June 23.

According to CalFire, the fire started off of Panoche Road and Coyote Creek around 12 p.m.

ALERTWildfire cameras showed smoke that was visible on the sites Mount Helen camera.

Sam Lippert, owner of the Panoche Inn, said he saw smoke from the fire and said it is on the Summit Ranch, about 10 miles west of his location.

“We sent a battalion chief, an engine and a water tender when the fire first broke out,” Hollister Fire Department Battalion Chief Carlos Bedolla said on June 23. “They are still up there and don’t know when they’ll come back.”