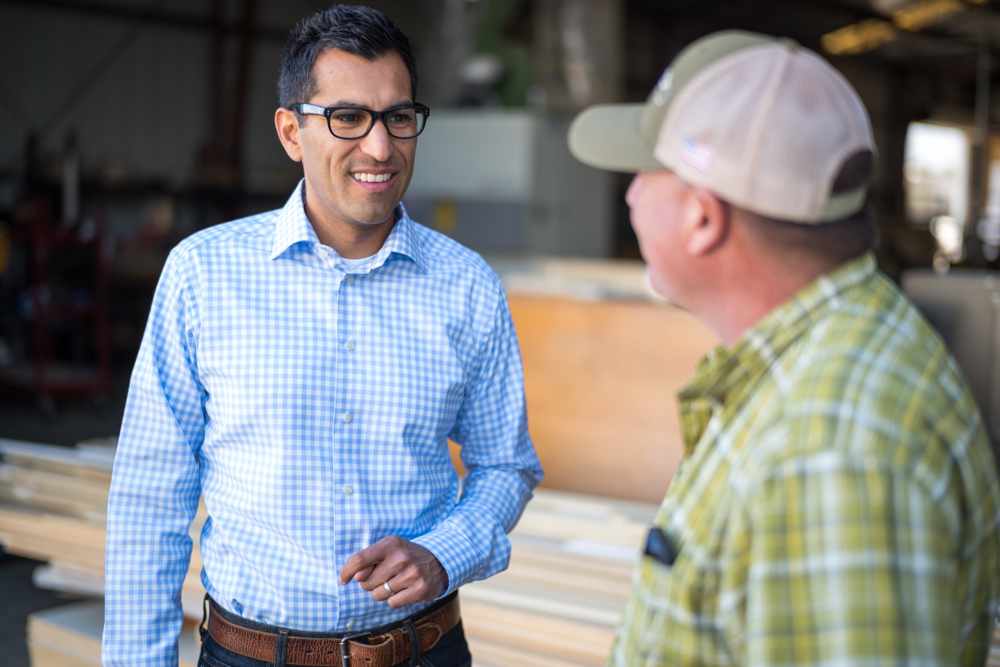 This article was provided by West County Citizens Group

San Benito County Supervisor Robert Rivas has been formally endorsed as the official candidate of the California Democratic Party in the race for the 30th Assembly District seat. The endorsement came on Feb. 25 as thousands of state leaders met for the party’s annual convention in San Diego. Rivas is the only candidate with the official support from the Democratic Party.

State leaders ratified the overwhelming endorsement of local Democrats from the district that stretches from Morgan Hill to King City and includes Watsonville. and San Benito County. The endorsement of Rivas’ candidacy was approved by 80 percent of the delegates at the Jan. 27 conference held in Hollister.  It is rare for candidates to win the official Democratic Party endorsement in open seats.

“I am extremely proud my candidacy has been endorsed by the California Democratic Party,” Rivas said. “I pledge to fight for Democratic values such as good jobs, affordable housing, and great schools.  I’m running to solve problems and deliver results for our community.”

The convention also endorsed current Assemblymember Anna Caballero in the contest for the 12th State Senate District seat and Rep. Jimmy Panetta for re-election in the 20th Congressional District.

Recognized by the State Assembly in 2019 for protecting the environment, Wayne Norton is a two-term elected Aromas Water District director and candidate for San Benito County Supervisor in District 2. A Vietnam veteran and former political reporter, Wayne was the managing editor of the daily Hollister Free Lance. He is an active advocate for quality public education and was a founding staff member of Anzar High School, a California Distinguished School. As a former Ombudsman, Wayne protected the rights of residents in nursing homes and investigated elder abuse. He currently serves as a director on the Seniors Council of Santa Cruz and San Benito Counties, and has consistently led and volunteered for a variety of public commissions and community organizations since moving to the area in 1985. Wayne can be contacted at (831) 227-3530, [email protected], waynenorton.com or on Facebook, Instagram or Twitter.