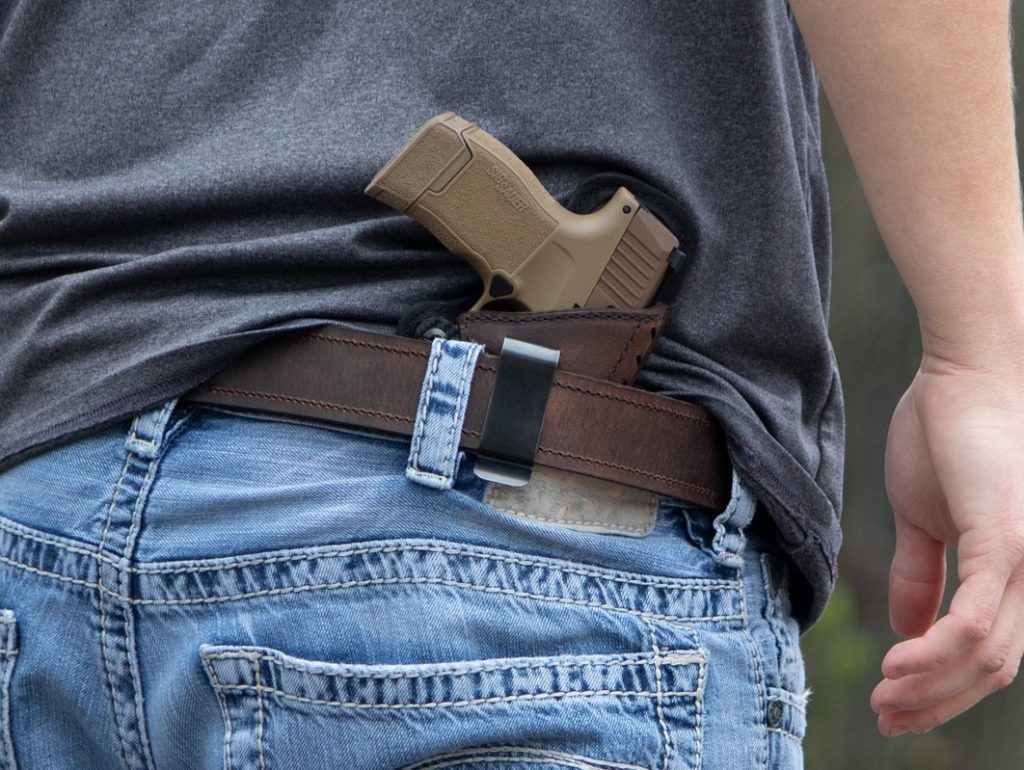 As of 2018 California had 107 gun laws, the most of any state, according to a research project of State Firearm Laws. Photo courtesy of Pixabay.
×

Many states are proposing new or revised gun laws following the Supreme Court’s June 23 decision to strike down a New York law that requires proof of proper cause to have a license to carry a concealed handgun. California has a similar “good cause” requirement.

In the U.S., 14 states including California mandate a universal background check for sales of every class of firearm. Background check laws aim to reduce gun violence by preventing people with a history of mental illness, certain misdemeanor and felony convictions from owning or possessing firearms.

The legal age to purchase from a licensed firearm dealer is 21, with a 10-day waiting period prior to receiving a firearm. Additionally, a valid hunting license permits 18-year-old residents to buy specific kinds of rifles.

As of 2018, the most recent data available, California has 107 gun laws, the most of any state, according to a research project of State Firearm Laws.

The Roberti–Roos Assault Weapons Control Act of 1989 law bans buying and selling assault weapons in the state. The rifles and pistols that are defined as assault weapons by the state can be found here.

Following the school shooting in Uvalde, Texas, which left 19 children and two teachers dead, California said it was preparing a new package of laws on gun safety.

“California will not stand by as kids across the country are gunned down,” Newsom said. “While the U.S. Senate stands idly by and activist federal judges strike down commonsense gun laws across our nation, California will act with the urgency this crisis demands.”

Since then, Newsom has signed four bills:

The bills passed both the Assembly and Senate and Newsom signed them all.

On July 12, Newsom signed AB 1594. The bill, by Assemblymember Phil Ting (D-San Francisco), gives individuals, communities and local governments the right to sue firearm industry members for harm resulting from the use of their products.

According to Ting’s website, this bill is a counterargument to the federal Protection of Lawful Commerce in Arms Act. Passed in 2005 by Congress, the act shields gun manufacturers and dealers from civil suits when crimes are committed using the guns they produce.

AB 1594 utilizes an exemption to the federal statute that allows gun makers or sellers to be sued for violations of state laws concerning the sale or marketing of firearms.

AB 1594 says “some firearm industry members have continued to develop dangerous business practices and manufacture, sell, distribute, and market increasingly dangerous new products” created to undermine restrictions. The bill states California laws have called on the firearm industry to adopt reasonable and effective reforms to prevent harm, but some companies have sought to undermine California laws.

Newsom signed SB 1327, on June 22. In a press release, this new gun law allows individuals to sue for damages in those cases involved with illegal weapons.

The California Rifle & Pistol Association (CRPA) did not respond to multiple BenitoLink requests for comments on the new California laws. According to its website, the CRPA is a nonprofit membership organization that defends “the civil and constitutional rights of individuals to choose to responsibly own and use firearms.”

“Our message to the criminals spreading illegal weapons in California is simple: you have no safe harbor here in the Golden State. While the Supreme Court rolls back reasonable gun safety measures, California continues adding new ways to protect the lives of our kids. California will use every tool at its disposal to save lives, especially in the face of an increasingly extreme Supreme Court,” said Newsom.