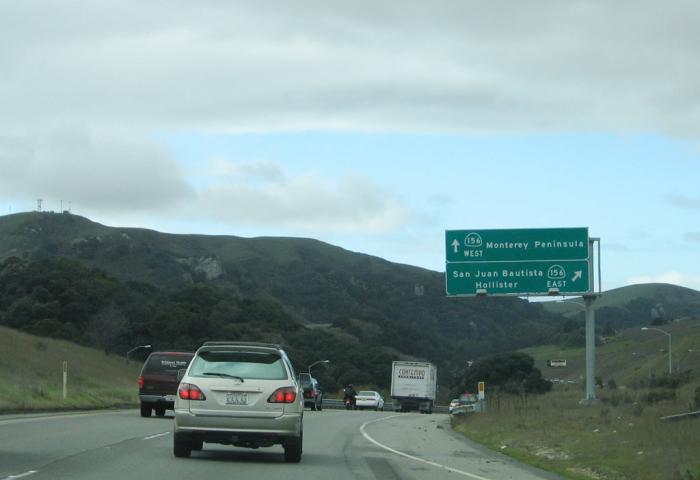 Recent roadwork on both Highways 25 and 156 prompted questions from San Benito County drivers who have wondered why Caltrans would schedule work on both main commute routes at the same time.

Nike Andersen posted on the Hollister Neighborhood Watch page on Facebook that she expressed her concerns about "the Highway 25 boondogle" to Caltrans and received a response from public information officer Jim Shivers, who shared his response with BenitoLink:

"Our Caltrans resident engineer overseeing the work of the contractor shared this unfortunate scenario which occurred earlier this week. The foreman for the contractor decided on his own to implement a detour without authorization from Caltrans. This decision impacted many commuters which we are sorry for. The contractor will face financial repercussions because of this decision. Caltrans could have agreed to this plan, if the discussions were held weeks ago, allowing proper planning and public notification. As a rule, we do not implement detours which impact local surface streets. Again, we are sorry for what you experienced and our Caltrans engineers have made it clear that this decision by the contractor was unacceptable."

Shivers, in a separate email, told BenitoLink that the issue involved a detour that diverted traffic to San Felipe Road, "a local road and we typically don't place detours onto local streets." He noted that he is "not aware of the dollar amount involved" in the fine for the contractor, which he said was Granite Construction.

Asked if it is typical to have construction take place simultaneously on both major highways in a county, Shivers said, "I am not a traffic engineer. It has been known to happen, but it also depends on several factors which might include working in a direction opposite the morning or afternoon commute, how many outlets there might be or whether it is emergency work to name a few. Your county is smaller, so I would think we would take this into consideration."