After eight-day walkout, union gets the $1-per-hour raise it sought, plus increases over the next two years 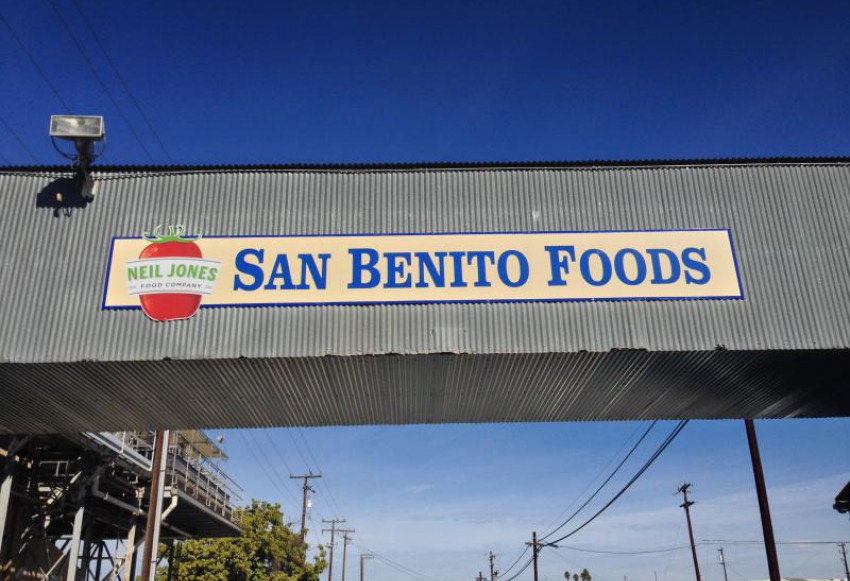 San Benito Foods cannery workers and Neil Jones Food Company reached a contract agreement on July 1, ending the union's strike with members receiving a $1 raise this year, a 2.25 percent raise for 2018 and a 2.25 percent increase for 2019.

The announcement was made in a press release issued by Teamsters Local 890, which said it had been in in negotiations with San Benito Foods since January and that those initial talks "were not going well."

After an unsuccessful mediation on June 22, the members called for a strike on June 23 at approximately 7:30 a.m. An agreement was reached eight days later when employees ratified the new contract.

"This was a group effort and without everyone's support this victory may not have been possible," the union said in its announcement. "We would like to thank the community of Hollister for all their support, IBEW (Electrical Workers), SEIU (County and Services Workers), S.M.A.R.T. Local 31 (Train Conductors), Hollister Super, Alameda Food Bank, Hollister Food Bank, Operating Engineers, Monterey Bay Labor Council, South Bay Labor Council, Hotel and Restaurant Employees, Francisco Diaz San Benito County Elections, Board of Supervisor Robert Rivas, and Father Claudio from St. Benedict's Catholic Church."

“It was a long difficult process, but am happy that in the end we were able to get better wages," said Marlene Salcido.

Javier Blanco said, “We got what we wanted. It was a little bit of a battle, but in the end it all worked out.”

Lupe Castañeda added, “Para mi fui una experiencia buena … cada quien expreso su opinion, y al fin tuvimos buenos resultado con el apoyo de la union.” (For me, it was a good experience … each one expressed his opinion, and at last we had good results with the support of the union."

San Benito Foods officials have not responded to repeated requests from BenitoLink for comment on the strike.