The accident location is the same where a pedestrian was killed on June 20. 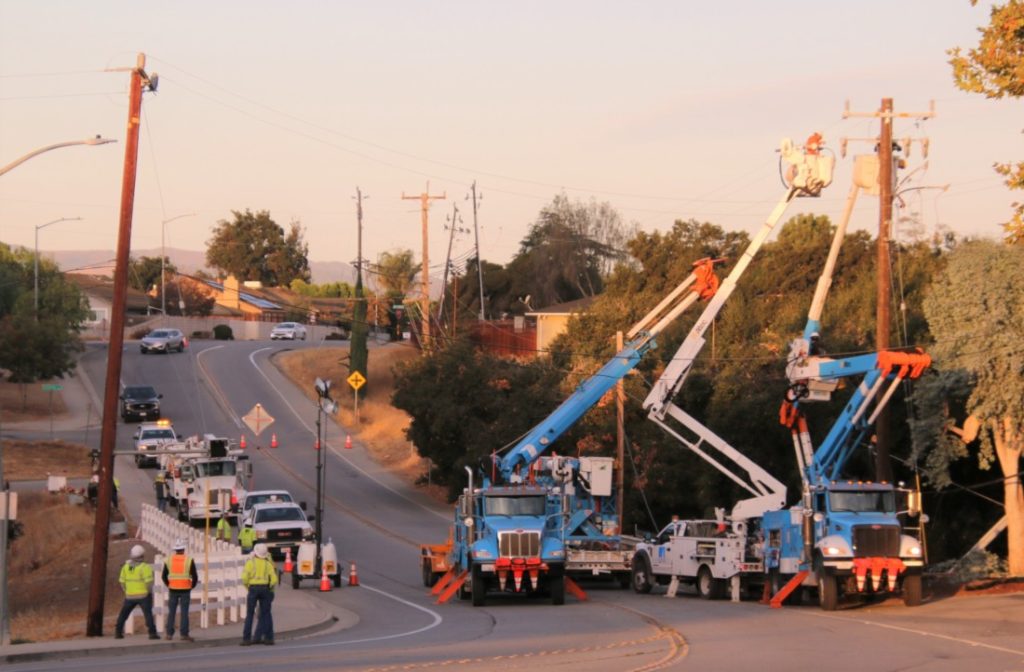 PG&E crews were still working along Sunnyslope Road the morning after the Sept. 27 crash disrupted power to over 800 homes. Photo by John Chadwell. 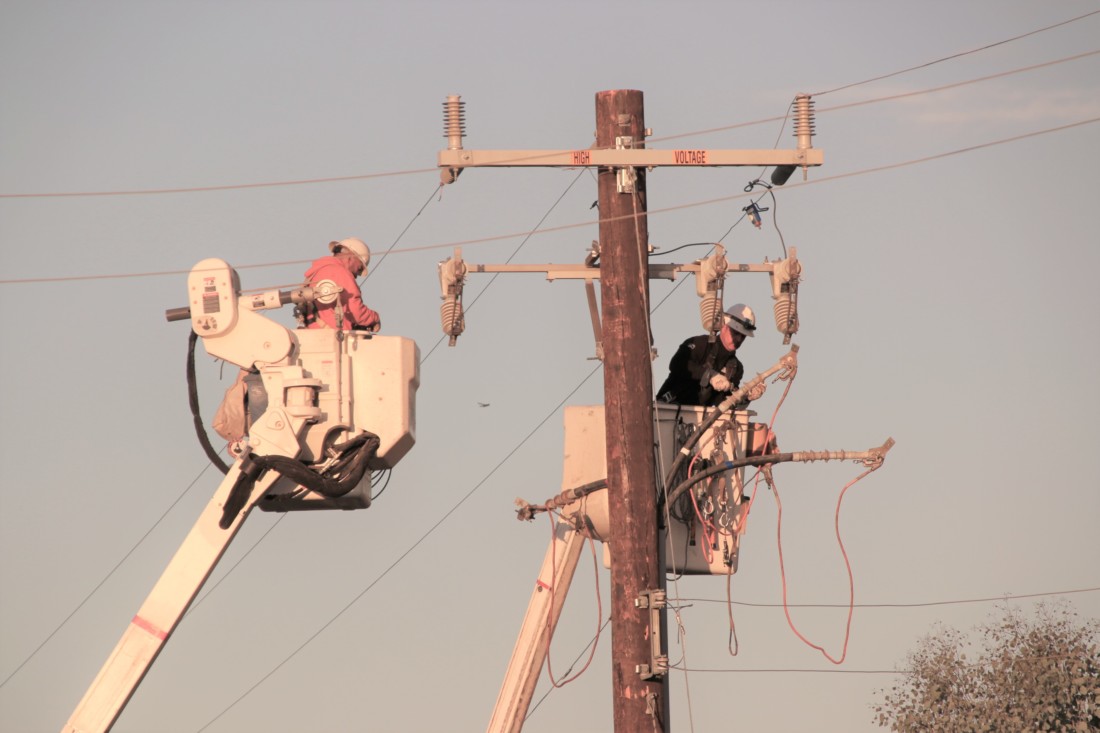 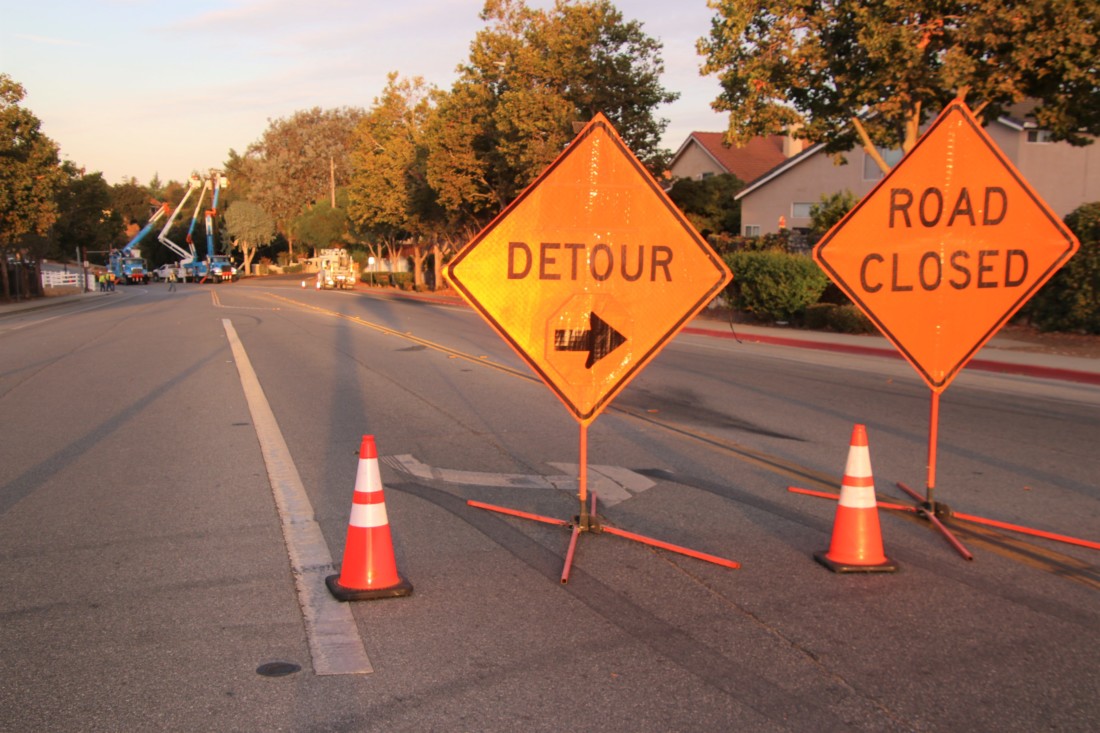 Editor’s note: This article was updated to include information from a Hollister Police Department press release. Last updated on Sept. 28 at 1:20 p.m.

At approximately 7:38 p.m. on Sept. 27, PG&E crews responded to an outage caused by a vehicle that crashed into a power pole on Sunnyslope Road, between Clearview Drive and Highland Drive, in Hollister, according to PG&E spokesperson Mayra Tostado.

She said the incident knocked out power to 834 customers and caused extensive damage to electric equipment in the area. PG&E crews worked with first responders to make the area safe and have been working “around the clock to complete repairs.”

Sunnyslope Road remained closed as of 11:30 a.m. as crews were still working early in the morning Sept. 28.

According to a press release by the Hollister Police Department, Zack Rigo Rodriguez, 28, the driver of the vehicle, was arrested for driving under the influence (DUI). It adds that Rigo Rodriguez suffered “superficial injuries.”

Work is expected to wrap up by early afternoon with power fully restored to the last five customers by noon, Tostado said.

Coincidentally, the accident was at the same location where Manuel Martinez Vazquez lost control of his vehicle on June 20 and struck Sarah Villar and her fiancé Tayler Schmitt. Villar died at the scene and Schmitt was temporarily hospitalized.