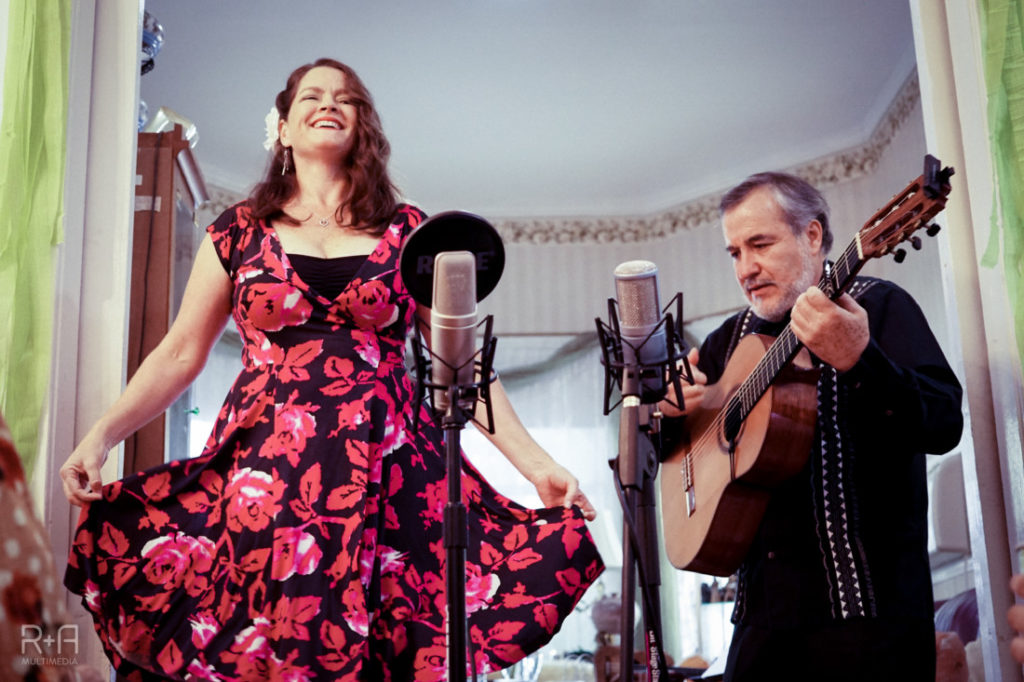 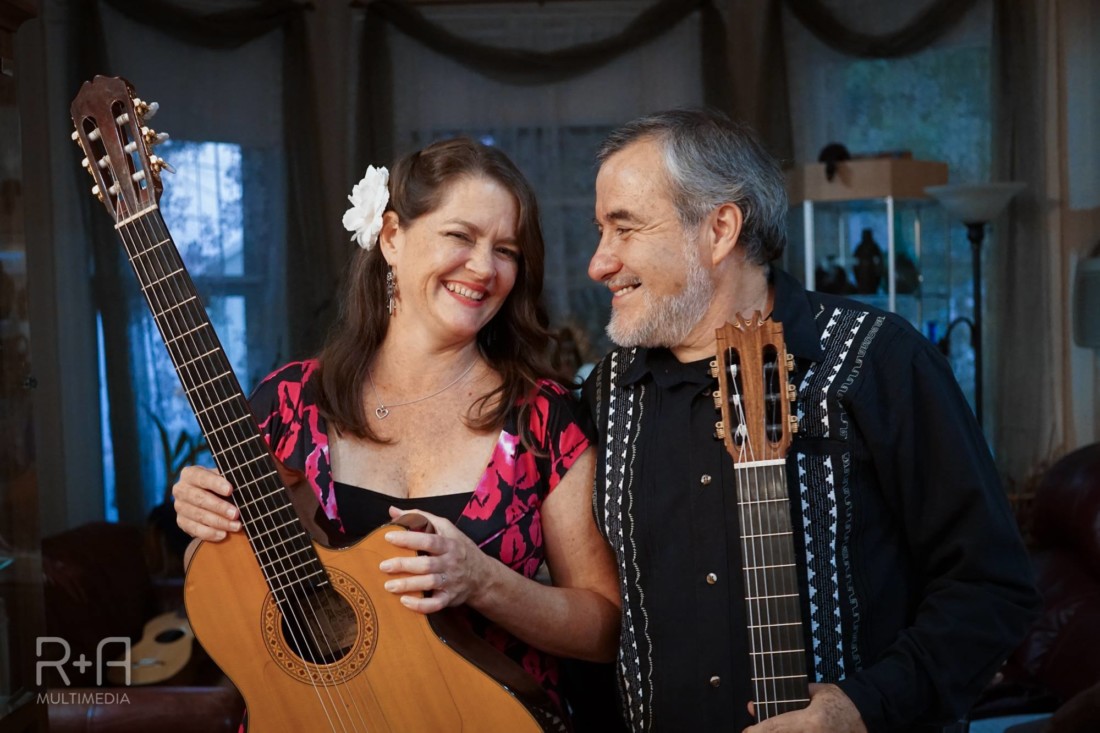 On May 8, the Aromas Grange is presenting a Mother’s Day concert by members of Cascada de Flores, a San Francisco-based troupe that specializes in storytelling and nostalgic Mexican music.

The San Francisco-based company performs shows with up to six musicians at venues around the Bay Area, Napa, Sonoma and the Central Coast. The grange event will feature just the two founding members, Arwen Lawrence and Jorge Liceaga, in an evening of song and dance.

“We love the music from the early radio days,” Lawrence said. “They used to play a lot of old waltzes, and it was the beginning of bolero music. All of that came together on the radio, a sharing of Latin American music.”

Liceaga grew up in Mexico City and bought his first guitar with the money he earned shining shoes, eventually studying under flamenco guitarists from the Andalusia tradition. Lawrence honed her craft working with Grammy award-winning Los Angeles mariachis Los Camperos de Nati Cano, performing with them at the Lincoln Center in New York. Together they created Cascada de Flores in 1999.

The music to be performed at the show will draw from many of those Latin American and Spanish sources, including dance music from Cuba and original music by Liceaga.

“We will be serenading the moms and grandmoms, but it will be nice for anyone,” Lawrence said. “Even if you do not speak Spanish, there is something about these songs that cross the borders of language.”

Cascada de Flores has recorded five albums and brought their nostalgic “Radio Flor” program, depicting an old-style radio program performed by the full company of six musicians, to stages across the United States and Mexico.

They also have performed their Cuentos Cantados musical education shows at over 1,000 schools and libraries in the western U.S. and offer bilingual youth programs via Zoom.

“We are just finishing a season of working with children at schools,” said Lawrence. “It is a mission of ours to get young people singing and dancing. But we are excited to get back to performing music before a live audience and playing some of our more romantic adult music.”

This year marks the 100th anniversary of the Aromas Grange building, and the Cascada de Flores concert is the fourth event to be staged since the lifting of COVID restrictions has made live shows possible again.

“Before the pandemic, we were doing one concert every two months,” said grange concert coordinator Jessie Martinez. “We had actually booked Cascada de Flores just before we had to stop having shows in 2020. So we are very happy to be able to present them now under better conditions.”

The grange requires guests to wear masks and show proof of vaccination for admission. While the venue can hold 200 people, only 125 seats are available for this performance. Tickets for the 4 p.m. show are available through the Cascada de Flores and the Grange websites. 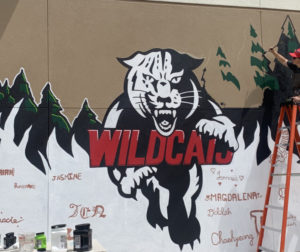