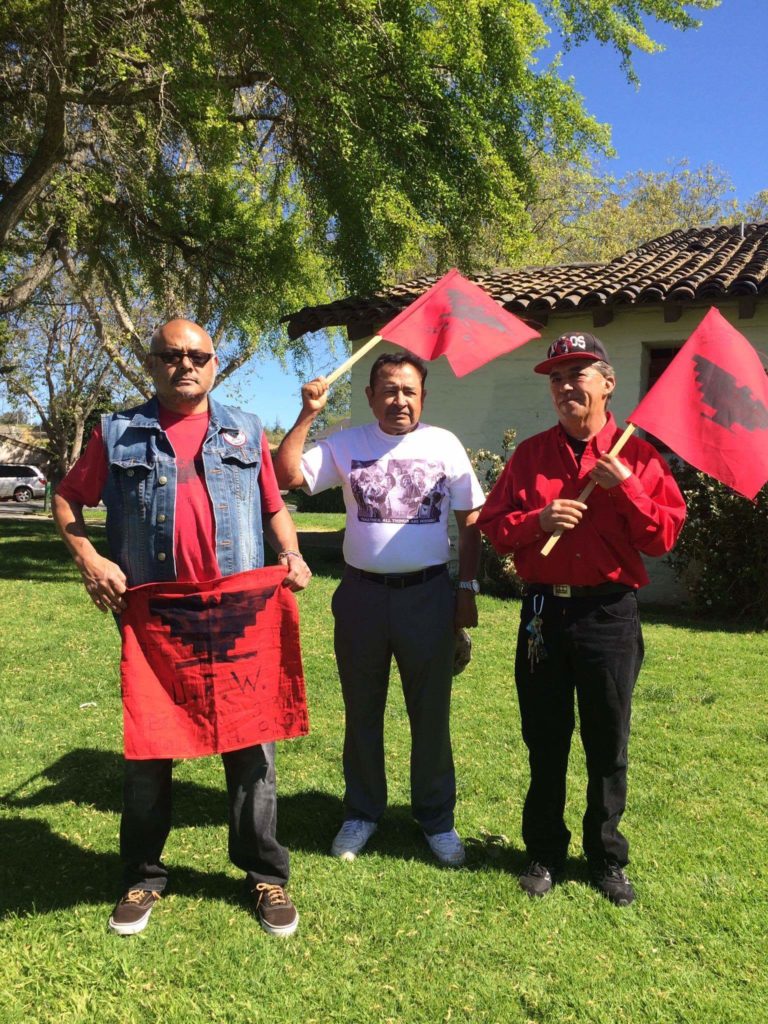 On March 31, California recognized César Chávez Day in commemoration of a man who committed his life to lending a voice to the voiceless. César Chávez (March 31, 1927 – April 23, 1993) improved the treatment, wages and working conditions for farm workers in countless communities across the country. What some may not know is that one of those communities is San Benito County.

This historic account began in 1977, a past not much different than it is today – a tranquil setting surrounded by fertile lands as far as the eye can see. That tranquility came to a necessary halt that would take its place in American history. One could describe the farm worker experience in San Benito County as remnant of what could be an excerpt out of a Howard Zinn book – a sort of rendition of an alternate interpretation of history. That year, hundreds of farm workers voted for union representation at Bertuccio Farms as they felt that their voice went unheard and over time becoming a crushing assertion to their helplessness.

Workers had grown tired of the low wages, unfair treatment and substandard working conditions. At that time, Bertuccio Farms was the largest agricultural employer in San Benito County- harvesting lettuce, onion and apricots. Yet, the farm workers’ solidarity did not succumb to their circumstances, as they had heard of a soft-spoken man fighting for farm worker rights. A man who had successfully negotiated a contract for workers with former San Benito County Paicines wine giant Almaden in 1967. The workers plight was soon heard throughout the California Central Valley in Delano by labor leader César Chávez.

That summer, César Chávez, his son youngest son, Paul Chávez, and the United Farm Workers (UFW) union had arrived in San Benito County to renew the farm workers right to unionize. Paul Chávez took on the role as director of the UFW Field Office located on East Street in Hollister. Paul Chávez, now chairman of the César Chávez Foundation, recalls that Hollister gave him his first experience as labor organizer.

For more than three years, the UFW continued contract negotiations with Bertuccio Farms, but the Bertuccio family held firm. The atmosphere in Hollister coiled in tension and workers had made the difficult decision to go on strike. The morning of July 9, 1981 began with a distressing yelp of “Huelga, Huelga, Huelga!” (Strike, Strike, Strike!) a word that would come to define an entire movement of farm workers. Hundreds of Bertuccio Farm workers walked out of the fields firmly grasping the red and black UFW flags.

For the UFW, strikes were not taken lightly; this meant that hundreds farm workers would have to go without pay. “Those were difficult times for our family, my children had to often go without basic necessities, but this hardship brought our family closer” said Hollister resident Jose Carmen Lezama, past Bertuccio Farms employee and UFW picket line captain.

Workers knew that sacrifice was inevitable.

“We were fighting for more than our jobs, we were fighting for our dignity” said Javier Ceja, Hollister resident, past employee of Bertuccio Farms and UFW strike captain. On Friday, Aug. 7, 1981, San Benito County made national news. Every major news media outlet across the country reported that César Chávez, his son Paul ,and 30 Bertuccio Farm workers, including local residents Lezama, Ceja and Perez, had been placed under arrest by San Benito County Sheriffs deputies for trespassing while challenging the union’s right to organize workers. Following the arrests, a local judge placed a temporary restraining order on the UFW – restricting the union’s access to non-strikers on Bertuccio Farms property. At that time, the California Supreme Court was considering a ruling on union access to employer properties to talk to non-strike members.

However, this setback did not slow the strike. A few days after being released, the Chávezes and 34 workers challenged the access ruling by the San Benito Superior Court and had faced the same outcome. After much deliberation, the court granted the UFW limited access to Bertuccio Farms property. This was a victory for the UFW because this allowed union members to talk to non-striking workers during their one hour lunch and breaks. Over the next several months, contract negations continued without success. By then, the strike had matured and workers had learned to organize.

Hollister farm workers began a boycott of Bertuccio Farm products – traveling daily to South San Francisco and Oakland.  On occasion, workers traveled as far as Los Angeles. Farm workers began to put pressure on owners of markets and warehouses to see if they would remove Bertuccio Farm products from their place of business; if the owners refused, the workers would picket.

“In the union, I learned to speak English, I also learned something that you do not learn in school and that is to defend your rights,” said Ramiro Perez, Hollister resident, past employee of Bertuccio Farms and UFW contract negotiations committee president.

In 1982, the California Agricultural Labor Relations Board charged Bertuccio Farms with “bad-faith bargaining.” By that time, most of Bertuccio’s 3,000 acres were empty and 350 of the 400 workers had joined the strike. The Bertuccio family was constrained to picking the fields or risk losing millions of dollars in revenue. Bertuccio Farms never signed a contract with the UFW. However, the farm worker experience began to change. Farm workers started to see better treatment, wages and working conditions.

The Bertuccio Farms effort would prove to be one of the last glimpses of César Chávez as an organizer of farm workers. However, the Chávezes continued to do their work in San Benito County organizing countless marches, bringing national attention to the dangers of pesticides on consumers and farm workers. Their “Si Se Puede” (Yes we Can) chants continue to echo in the hearts of many San Benito County residents.

“To have been part of that change here in San Benito County means that our community has a story, it is part of history and to share that past with the next generation is vital to keeping the legacy of César Chávez alive. A legacy that has forever changed the face of America including that of San Benito County.” – Veronica Lezama, daughter of Jose Carmen Lezama, a past Bertuccio Farms employee. Veronica Lezama was born and raised in San Benito County. She grew up in the United Farm Workers movement as her father served as Picket Line Captain in Hollister with Cesar Chavez and his son Paul Chavez. Her mother Maria Lezama organizes the local Dia del Nino (Children's Day), Mother's Day Potluck and Posadas in her neighborhood as a way to give back to her community. Veronica graduated from San Benito High School in 1997 and attended San Jose State University where she earned two degrees in Political Science and Communication Studies. In 2013, she was awarded the KSBW Jefferson Award and the Woman of the Year Award for her 20 plus years of volunteerism in the community of San Benito County. Veronica was recognized for her dedication to raising scholarship funds for local youth, facilitating several youth mentorship programs and helping with local holiday toy drives. Veronica also served as a Delagate for the California Democratic Party. She is currently employed as a professional in San Benito County.