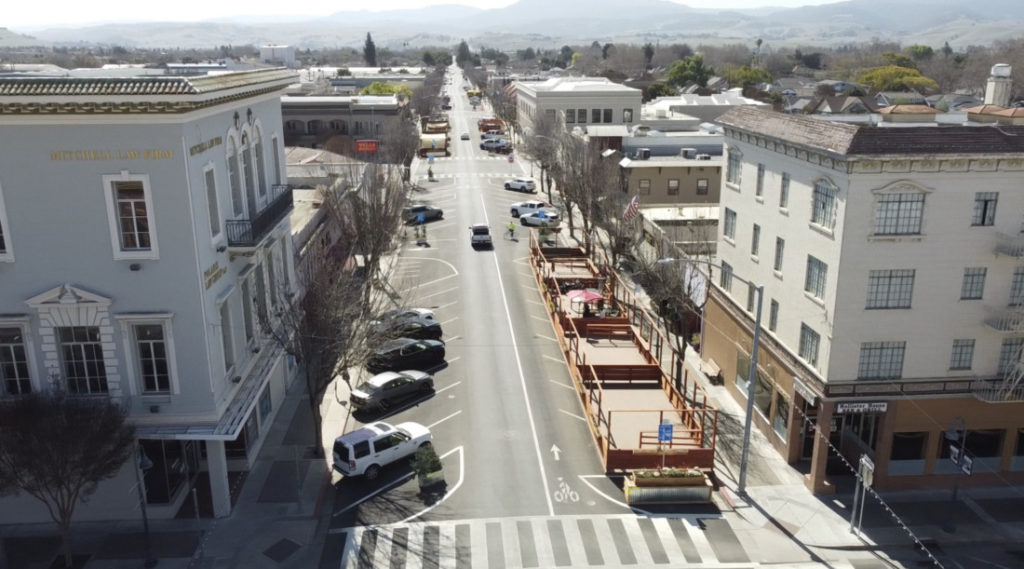 The Gala is scheduled to take place on Aug. 6 from 5 p.m. to 10 p.m. at the Veterans Memorial Building. Tickets will be going on sale soon at $100 per person.

“The SBC Chamber & Foundation are currently undergoing the planning and marketing stages of the event with details to be released shortly,” the release said. It added it is accepting sponsors.

The release said the 150 Year Committee is planning a series of events throughout the summer leading up to the 150 Years Gala on August 6.
The events began with the Fourth of July Fireworks Show at Maze Middle school.

The events to celebrate Hollister’s 150 years include:

August 6- the official anniversary date for the City of Hollister, there will be a downtown parade in the morning, carnival games, and will culminate with the 150 Years Gala featuring a cocktail hour followed by a plated dinner, recognitions, proclamations, and music.

“The City of Hollister will celebrate its sesquicentennial anniversary in true Hollister fashion, commemorating 150 years of establishment since 1872,” the release said.

The Chamber provided the following summary of Hollister’s history:

The City of Hollister was named for Colonel W.W. Hollister who drove the first flock of sheep across the continent and acquired Spanish Land Grants with Rancho San Justo in San Benito County (Rancho San Justo) and Santa Barbara County (San Marcos). At the first town meeting, a dispute arose over its name. It was suggested that it be called San Justo but one person protested very strongly against adding another saint’s name to the list of potential city names in California–therefore rejecting San Justo. As a result, the city of Hollister was formally established on August 6, 1872.

Hollister has two National Historic Districts – the Downtown and the Monterey Street residential district. The variation of architectural styles in Old Town Hollister is a visual treat.

The 100-year-old airport also has a place in history. Everest Turner converted a pasture used for flying to ‘Turner Field’ in the 1920s for a new business of crop dusting that expanded to mail carrier aircraft and recreational flight. The United States Navy took control of Turner Field in the 1940s.

The airport was used to train pilots in ground attacks and the base was expanded to encompass 210 acres by 1945. The City of Hollister acquired the airfield after World War II. The 343-acre general aviation airport is a national center for historic aircraft restoration, houses private collections of vintage aircraft, and home to an annual airshow, the base for Cal Fire operations, skydiving and hang gliding.