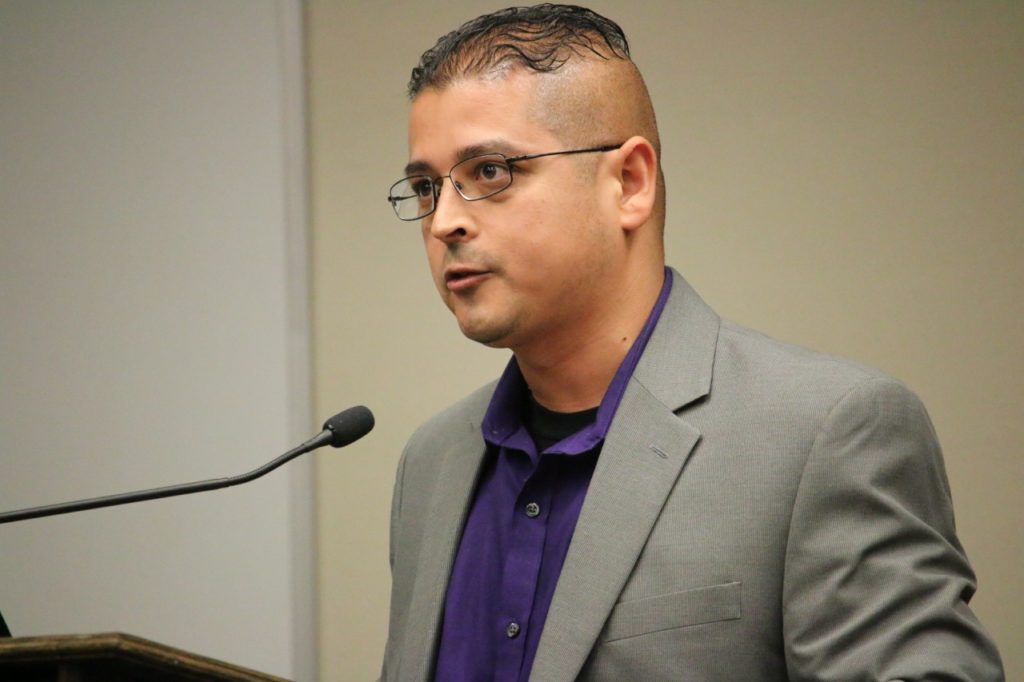 Gómez is a Northern California native with a wealth of experience in local, state and federal politics both in the Monterey Bay Area and in the greater Silicon Valley/San Francisco Bay area. Born and raised in Hollister, he is the former mayor of his hometown and served two terms as a city councilman.

After obtaining a degree in aviation and becoming a pilot, Gómez and his wife purchased a franchise restaurant — Papa Murphy's Pizza — which they owned and operated for nearly 10 years. In 2008, in the midst of running his business, Gómez ran for and won a seat on the Hollister City Council. At the age of 31, Gómez became one of the youngest mayors to serve the city of Hollister.

Since then, he served eight years on the San Benito County Transportation Authority, Hollister Airport Land Use Commission, Gang Prevention Policy Board, Association of Monterey Bay Area Governments, Hollister Redevelopment Agency, and served as president of the League of California Cities Monterey Bay Chapter advocating for sound policies for municipal government at the state level. Gómez also served as a board member and chairman of the San Benito County Chamber of Commerce advocating for business-friendly policy and a healthy local economy.

Gómez served as deputy chief of staff for San José City Councilman Johnny Khamis and chief of staff for San José Vice Mayor Magdalena Carrasco. He also served as internal lobbyist for The Silicon Valley Organization (formerly the Silicon Valley Chamber of Commerce) and as executive director of The SVO PAC, one of the most influential political action committees in the San Francisco Bay Area.

He is currently president of Pinnacle Strategy, a lobbying and consulting firm representing the Monterey and San Francisco Bay Areas. His clients have ranged from government agencies to private sector firms.

During his free time, Gómez enjoys flying, skateboarding and traveling with his family. He lives in Hollister with his wife and three daughters.

Gabriel B. Torres graduated from Cal Poly State University in San Luis Obispo. He holds a bachelor of science degree in city and regional planning with an emphasis in housing and community development and construction management.

He is involved in community service in both Monterey and San Benito County. He has been a board member for Alliance on Aging, Hartnell College Construction Technology Task Force, City of Hollister Planning Commissioner and The Salinas Valley Builders Exchange. He is also a member of many clubs and organizations, including American Planning Association, Build It Green – Certified Green Building Professional Certification & Green Home Retrofitting & Remodeling Certification, United Contractors of the Bay Area, California Building Industry Association, International Code Council, National Association of Home Builders – Green Building for Building Professionals Certification and U.S. Green Build Council.

As a project manager for Community Housing Improvement Systems and Planning Association, Inc. (CHISPA) he is responsible for conducting feasibility studies for future developments and project management oversight activities on current subdivisions and multi-family developments. He holds a California general contractor’s license and is the responsible managing employee and vice president of operations for Central Coast Residential Builders, (CCRB) which was formed in 2002 for the purposes of developing and constructing single-family homes and multi-family apartment complexes in conjunction with CHISPA.  He is also responsible for the construction management of homes built and/or remodeled through CHISPA’s special collaborative projects with organizations such as Hartnell Community College, Rancho Cielo and Center for Employment Training.

The Chamber staff and board of directors welcomes both Victor and Gabriel and are excited about the experiences and knowledge each has to offer.