photo of Chair of the Council of Governments, City Councilmember Victor Gomez 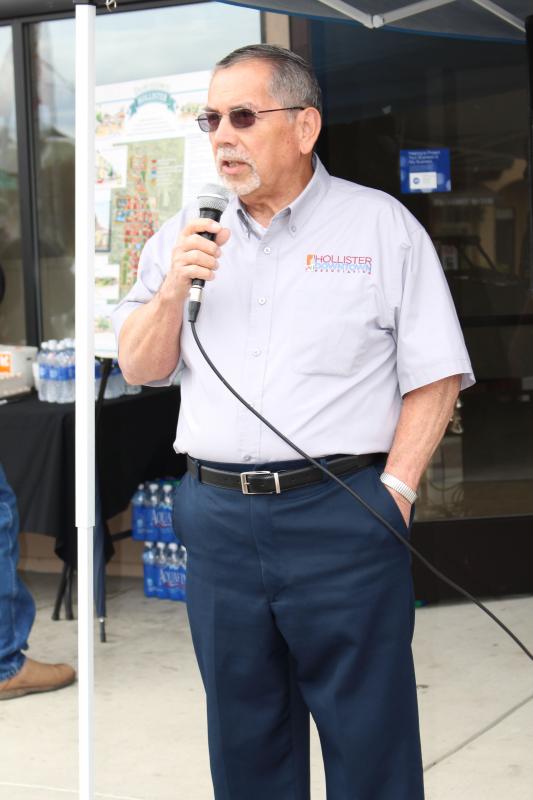 It took 35 years, but local government and business groups were dancing in the steets on Saturday, just because they could!

After a long process of gaining local control of San Benito Street which had served as a portion of Hwy 156 and Hwy 25, it was finally possible to close the street down without having to go through the process of gaining permission from the State.

It is now possible for events such as the Farmer's Market, and events like the Dieciséis Parade and other "ethnic parades" to be held on San Benito Street, rather than having to be held on Monterey Street.

Councilmember Gomez related that he was only 5 years old when those present began their quest for local control. Gomez is now chair of the Council of Governments which has jurisdiction of the Street.

Speakers spoke of the time it took for them to finally be in a position to have control of the street and how it felt to no longer be crossing from City property to State property just by crossing the street.