Since 1972, WeTip has been an Anonymous Crime Reporting resource for citizens and a tool to aid law enforcement. WeTip is committed to providing the most effective anonymous citizens crime reporting system in the nation. WeTip promises and insures absolute anonymity, not just confidentiality.

“These awards are to those individuals who have shown extraordinary efforts and outstanding service in the field of crime prevention and WeTip service.” – Chief Executive Officer of WeTip Inc., Susan Aguilar

Since 2008 the Hollister Police Department has partnered with WeTip to make the hotlines available to facilitate the anonymous tips. In that same year, the police department was given a special recognition by WeTip for being the first police department in the history of WeTip to fund the membership of the whole county and not just the city. WeTip serves all 50 states as well as Puerto Rico, the U.S. Virgin Islands and portions of Canada and Mexico.

“I am honored and humbled to receive this recognition. The complete credit should go to the police officers & staff at our police department, city employees, city management, the Hollister Mayor & City Council and our very supportive community for we are a team with the common goal to make Hollister the best and safest place to live in California.” – Chief David Westrick 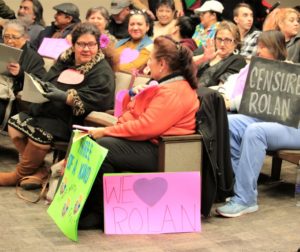