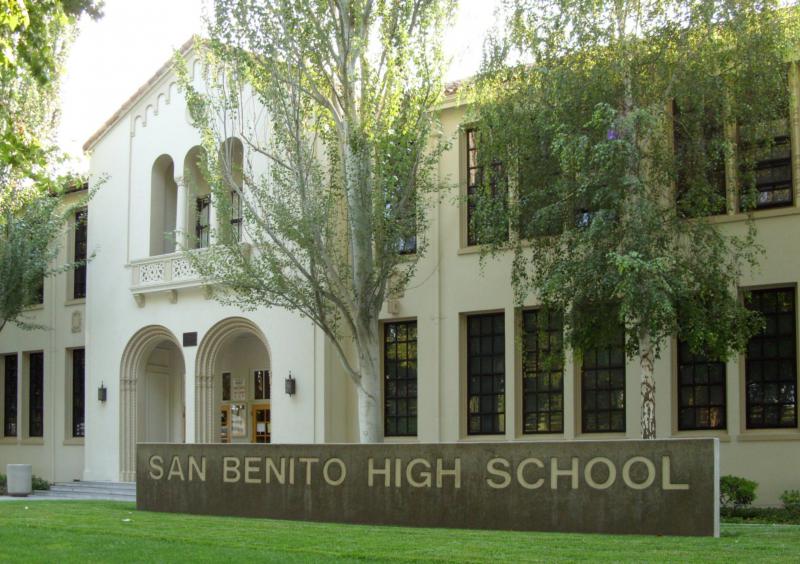 The Hollister School District will hold a special joint meeting with the San Benito High School Board of Trustees on Tuesday, May 26 to discuss the potential closure of Nash Road where it dissects the campus.

The city council in January voted 3-2 against a resolution that would have authorized Mayor Ignacio Velazquez to sign a three-jurisdiction agreement that would have allowed the temporary closure of Nash during school hours, with the high school district agreeing to provide land south of the campus for a potential county park and space for a bypass road that would divert traffic away from the 2,800-student school. Council members Victor Gomez, Raymond Friend and Mickie Solorio-Luna voted against the plan, while Velazquez and Karson Klauer supported it.

The high school district had no representatives at the January council meeting where the issue was discussed, and administrators expressed surprise that a vote on the issue was taken. A number of residents who live in the neighborhoods surrounding the high school spoke against any plans to close Nash, which they said is a crucial thoroughfare — and that if it were closed, even temporarily, traffic would be diverted through those nearby neighborhoods.

School officials, on the other hand, have touted the closure as a safety measure that would benefit students, staff and faculty that have to cross Nash multiple times during the day at lighted crosswalks featuring crossing guards who stop traffic before during and after school between class periods.

Tuesday's meeting will be held at 6:30 p.m. in the Veterans Memorial Building, Room 204, at 649 San Benito St. In addition to a report from City Manager William Avera about the Nash Road closure, the agenda includes a discussion of potential shared recreational facilities between the district and the city as well as a proposal for adding lighting to new tennis courts on the San Benito High School campus with the goal of making those courts open to the public.

The special joint meeting will follow the city council's regular meeting at 5 p.m. at city hall. That meeting was rescheduled from May 11, when officials canceled the regularly-scheduled meeting after realizing it had not been properly posted for the public.