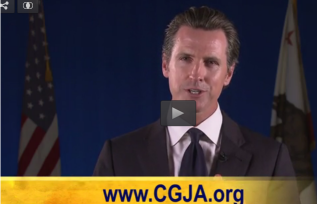 Make the commitment to serve democracy by volunteering for the San Benito County Grand Jury. Step up with fellow volunteers to add your perspective to teams who will tackle the hard questions that make life better for all.

The Grand Jury is one of the oldest, most respected, and powerful civil institutions in the United States. Duties, powers, responsibilities, qualifications and the selection process are set forth in the California Penal Code. The Civil Grand Jury is part of the judicial branch of government that examines all aspects of city and county governments and special districts by initiating its own investigations and serves as ombudsman for the citizens of the cities and the county.

While the origins of grand juries date back to the 12th century in England, in the United States, the Massachusetts Colony established the first formal grand jury in 1635 and in California in the 1849-50 constitution. One of the hallmarks of the grand jury is confidentiality, remaining one of the most important principles in grand jury work. Members are sworn to secrecy before a superior court judge, and the promise of secrecy is binding for life.

Many jurors describe the immense satisfaction of serving on a grand jury that includes a feeling of contribution to improving local government, a sense of giving back to the community, feelings of camaraderie, and the making of lifelong friends.

Requirements
• Be a citizen of the United States
• Be at least 18 years old.
• Be a resident of San Benito County for at least one year immediately prior to selection.
• Exhibit intelligence, sound judgment and good character.
• Must not be serving as a trial juror in any California court.
• Cannot have been discharged as a grand juror in any California court within one year of the beginning date of service.
• Cannot have been convicted of malfeasance in office, any felony or other high crime.
• Cannot be serving as an elected public official.

Grand Jury Foreman, Bob Marden, can answer your questions at 831-265-7134. Or go directly to the website http://www.sanbenitocountygrandjury.org for the application. Applications are submitted to the judge of the superior court for review. With acceptance, an interview will then be conducted by the judge.

To read current reports from this and other counties, go to the California Grand Jurors’ Association website.