After three years of building relationships and securing funding from multiple sources, local homeless shelter on track to open in November 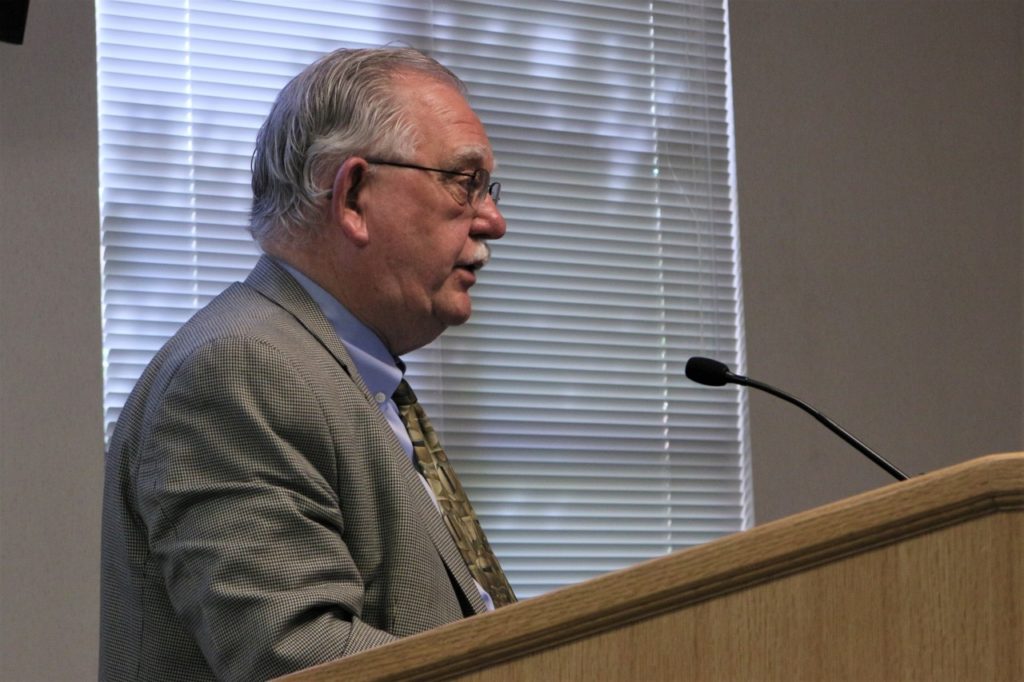 The San Benito County Board of Supervisors passed two resolutions May 23 designed to guarantee that the new homeless shelter will open November. The first resolution concerned a report from Jim Rydingsword, director of the Health and Human Services Agency (HHSA). Rydingsword commented that he had been given marching orders three years ago to fix the homeless problem.

Using a PowerPoint presentation, he showed the board the current status of his department’s efforts and asked that the supervisors approve a number of recommendations included in the resolution, such as allocating a social worker and and office assistant and releasing requests for qualifications and proposals for contracted activities that will take place at the Community and Housing Services Center.

He explained that the department’s efforts were based on trying to obtain housing and employment for the county’s homeless populations.

“Our target population is homeless, at-risk of homeless and high users of agency services,” he said. “More recently, in working with the Probation Department, we have added those who have a connection with the criminal justice system. Ted (Baraan) and I had some conversations about that and we felt that was a population we could work with.”

Rydingsword said a Whole Person Care grant, which comes under Medicare, became available, but the county could not compete with larger counties to obtain it. The county had conversations with the Department of Health Care Services and concluded that it would stand a better chance in a California Small County Collaborative, working with Mariposa and Plumas counties.

“The funds will be approved the end of this month,” he said. “The funding for this program actually goes back to January. Prop. 47 was announced in Dec. 2016, and we looked at a collaborative approach to that, but within our county we decided it would be good for Health and Human Services and Probation to go forward with this to be able to integrate the Prop. 47 funds into the Whole Person Care funds.”

He said the funds have not yet been awarded, but since the county has been invited to the awards session on June 8, he expects to secure both funding sources before the end of the fiscal year. He went on to explain that the County Medical Services Program established a $225,000 grant to be parceled out at $75,000 a year in order to serve people who are not covered by any other healthcare programs.

“We’re taking that money and combining it with Prop. 47 and Whole Person Care,” Rydingsword said.

He shared with the supervisors information from the U.C. Berkeley School of Social Welfare that he said validated the work HHSA has been doing for the homeless the last three years.

“There are actually studies that show that this approach we’re taking in San Benito County is supported by research,” he said as he further explained proposed activities to be included at the homeless shelter. “We want to move to a year-round access shelter program. It will provide all kinds of services and be integrated with a support services program that will be put into the building. As we move forward today with the shelter services program, we will be on track to open up shelter services on a year-round basis November of this year.”

All funding will be in place in the next few weeks, Rydingsword said. When Supervisor Jaime De La Cruz asked Rydingsword to remind him what Prop. 47 entailed, Rydingsword told him it was passed in 2014 to provide services in the community rather than keeping people incarcerated.

“There’s been lots of discussions about it, but since these funds are available for this purpose, Ted (Baraan) and I thought it would be good to try and put this all together into a single approach,” Rydingsword said. “So, basically what we’re doing is trying to leverage and use all the funding resources that we have to minimize the need for local dollars.”

He said the county will be able to use approximately six months’ worth of operational costs from the Whole Person Care grant, about $500,000, and that HHSA is recruiting a community housing services coordinator, which is already included in the department’s budget.  He expects to have outreach assessment and engagement staff to be a part of the program and eventually co-located at the shelter.

“Based on the action we take today, we’ll be putting out a contract for shelter services and we recommend we contract those services out, as opposed to having county staff doing that because there are providers out there with 15 to 20 years’ experience doing this, and we’d have to learn it from ground-up,” Rydingsword said. He added that the actual work would be carried out through a combination of using county workers and contractors.

“One of the issues that small counties have in applying for grants is not having enough people to be able to show statistically valid results,” he said. “By expanding this into a collaborative that crosses more than one county, we’re more competitive in terms of applying for grants.”

As he asked the supervisors to approve the two resolutions—the second one to adopt the plans and specifications for the homeless Service Center Phase I project and to authorize advertising for bids—he reminded them that this was just the first step of a number of steps concerning the homeless shelter that are yet to come before them for approval.

“We’ve spent the last three years bringing all this together and we hope we will have community success,” Rydingsword concluded.

Without any comments from the board or public, the two resolutions passed unanimously.

He reflects on the speakership, his new district and issues facing San Benito County.