One of the most productive ways local governments can boost the economy is through a proactive investment in the Economic Development Corporation of San Benito County.

I am a proponent of the county’s decision last year to invest $100,000 annually over the five years to rejuvenate the previously stalled EDC organization. But perhaps the biggest key to this strategy is the establishment of metrics—or performance goals—to hold the nonprofit accountable and provide an incentive for sustained success.

That said, I recommend the county schedule a discussion involving supervisors, council members and EDC interests to compile a list of potential metrics and set a time frame to finalize a firm set of performance goals.

An EDC, if run well, acts as the primary recruiter of new commercial and industrial enterprises to the community. We have a vast amount of vacant commercial and industrial zoning in and around the City of Hollister—more than 1,500 acres of it—where most development should occur as we attempt to grow in a smart fashion. We need the right person and a strong organization promoting this sort of availability, along with advocacy of such assets like the Hollister Municipal Airport.

An organization like the EDC is needed because government entities aren’t built to handle such work. The day-to-day staffs at the county and other local jurisdictions don’t have the time or expertise to directly oversee such a hands-on issue like recruitment of new businesses and retention of current ones.

Having an all-but-defunct EDC here since 2012 probably has resulted in an array of potential lost opportunities and all that available space in Hollister. But it’s hard to blame local government leaders and other investors from the business community for the dormant period because there were high hopes for the prior EDC director—paid a healthy salary through a major local investment—who ended up leaving without any real results to show after four years on the job, albeit right in the midst of the Great Recession.

To their credit, the county and City of Hollister last year agreed to each invest $100,000 annually to reinvigorate the EDC and, in doing so, provided resources to hire a new, qualified executive director in Marc Fontes. After all, just because the last director’s tenure didn’t work out doesn’t mean we should ignore a needed resource. We should learn from our mistakes and move forward.

That resource, however, has value only if managed properly. In the case of the EDC, learning from our mistakes means holding the director accountable from the start through aforementioned performance metrics.

I’ve been outspoken in my support for establishing specific goals for the EDC directly linked to job creation as part of a broader economic development plan for San Benito County. So I was glad to hear Supervisor Peter Hernandez at the Sept. 8 county board meeting express strong support for establishment of such measurables. He said he wanted the county to implement attainable, realistic metrics related to the EDC’s performance. I wholeheartedly agree, but I’m also a big believer in stretch goals—of the more ambitious variety—as part of the equation that come with attached financial incentives for the organization.

Going forward, my hope is that the county and city over time can increase the annual EDC investment, and I would support that sort of spending if it is based on rewarding results that equate to economic gains for our community. 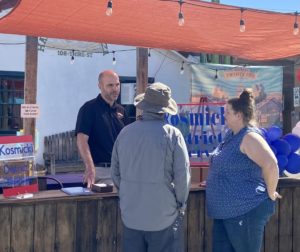 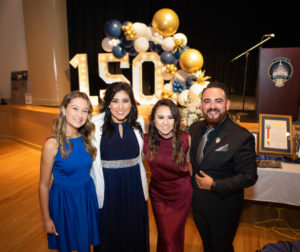