This column was written by the San Benito County Republican Party Chairman Rob Bernosky. The opinions expressed do not necessarily represent BenitoLink or other affiliated contributors. BenitoLink invites community members to share their ideas and opinions. By registering as a BenitoLink user in the top right corner of our home page and agreeing to follow our Terms of Use, you can write counter opinions or share your insights on current issues.

The Republican National Committee and the California Republican Party have Platforms. This Platform is customized for the local Party, local elected officials, local media outlets, and voters of San Benito County.

Foundation of Our Platform

America and The Constitution of the United States of America

The United States of America is a great country that is the land of opportunity for all.  The Party rejects what seemingly is the sentiment of many of the “Left”:  failure, misery, resentment, victimhood, and hatred for the Country.

The Party embraces the Constitution of the United States of America as written as the supreme law of the land and adopts the principles of the Declaration of Independence.

Local elected leaders must focus primarily on significant issues facing San Benito County, including the delivery of services the local government delivers best, such as physical infrastructure, law enforcement, education, and the management of natural resources under the control of San Benito County. Participating in issues being debated at the state or national level distract attention and unnecessarily lengthen meetings, decreases public participation, and can hinder good decision making by those elected to local offices.

Ordinances, regulations, and other actions acting like law should have sunset provisions when appropriate or require public review periods.

The Party welcomes all who embrace our platform, regardless of any race, sex, sexual preference, religious beliefs, or special needs.

Taxes take various forms under the control of the elected of San Benito County, including sales taxes, bond measures, service charges, transaction fees, application fees, and utility charges. High taxes hurt everyone, but most of all the poor and the middle class. The Party believes taxes should be simple, fully transparent, and low, and increased only when other options to meet fiscal needs have been exhausted.

The Party reminds residents that voters often enact tax increases on themselves by not reading ballot measures carefully or not voting at all.

Law and order are the cornerstone of a thriving and robust community. Law enforcement and other Public Safety duties are the primary responsibility of any government. The Party believes that law enforcement, its officers, and other employees should be strongly supported. Laws should be meaningful, just, and deter crime. Criminal activity must be discouraged and criminals must be held accountable.

The Party believes that when an individual in law enforcement abuses their power, they must be held accountable and disciplined appropriately, per law.

Parents should be able to enroll students in the schools, including charter schools, or school districts, that they think is best for their child.

All curriculum, including school board & administration approved, and all teacher-introduced materials, should be announced and made available to parents and the public in advance of being used in the classroom.

San Benito County’s agriculture provides jobs and other economic benefits, as well as a culture that represents the free market at work. The Party believes that local leaders should do nothing that suppresses agriculture, and work to provide an environment friendly to the business of agriculture, including recognizing private property rights and promoting the heritage and culture of agriculture.

The local economy must grow. When people can forego hours commuting, they have more time to spend with their families and participate in the San Benito County community. The Party believes local elected leaders should make decisions that will increase jobs locally, including recognizing that ingress/egress issues substantially curtail high-paying job creation; that those transportation issues must be smartly addressed and not band-aided. The Party believes the “Welfare State”, where large numbers of people are dependent on government transfer payments, should be avoided. Adopting policies that encourage job creation and meaningful employment are best.

Individuals should make most decisions for what is best for them, and local government should be minimally intrusive into personal decision making.

Elected leaders and bureaucracies should allow residents of San Benito County that are fearful of being with others to shelter & place in their homes while allowing those not fearful to be out and about, to do so freely. Businesses that want to decline persons from entering should be allowed to do so, as long as such action is non-discriminatory.

The right to bear arms is enshrined in the Constitution of the United States and local elected leaders should not impair the residents of San Benito County from exercising their Second Amendment Rights.

The ability to move people and goods is the cornerstone of a robust economy and quality of life. The Party believes that the quality of life of the residents of San Benito County would be significantly improved if local transportation issues are addressed, including: 1) County ingress/egress issues for industry and commuters, 2) commuter rail transportation to Santa Clara County, 3) farm-to-market access, 4) adequately wide roads, and 5) sufficient road maintenance.

Local officials often willingly partner with state & national leaders and their bureaucracies to enact laws, rules, and regulations.  Many of these “one size fits all” restrain San Benito County. The Party believes local elected leaders should push back on onerous laws, rules, and regulations that harm our local economy and quality of life. Elected leaders should pass measures that preemptively block new state and federal regulations for issues that are best addressed locally. We know what is best for San Benito County, not those in Sacramento and Washington DC.

Our participation in state and national issues and dialog with state and federal legislators and bureaucrats should be to advocate for common sense solutions to California’s problems, in areas such as above-ground water storage, robust criminal justice that actually keeps residents safe, faux anti-fossil fuel initiatives, and other areas of governance that are detrimental to the here and now of San Benito County residents.

Legal immigration adds to our economy, creates diverse and vibrant communities, and is often the root of job-creating innovation.  Illegal immigration takes jobs away from natural citizens and those who legally immigrated, creates an underground economy and illicit behaviors, and increases social costs. The Party believes local leaders should push back on state and national policies that encourage illegal immigration. 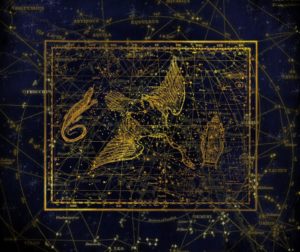 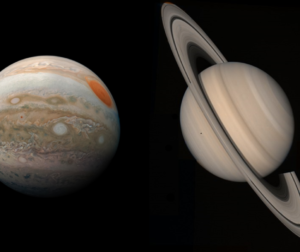 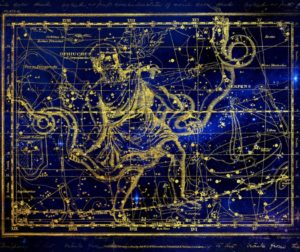 Constellation of the month: Ophiuchus

David Baumgartner writes about how there should be a 13th zodiacal constellation.