A group of people surprised George in Fallon, NV, where he currently resides. 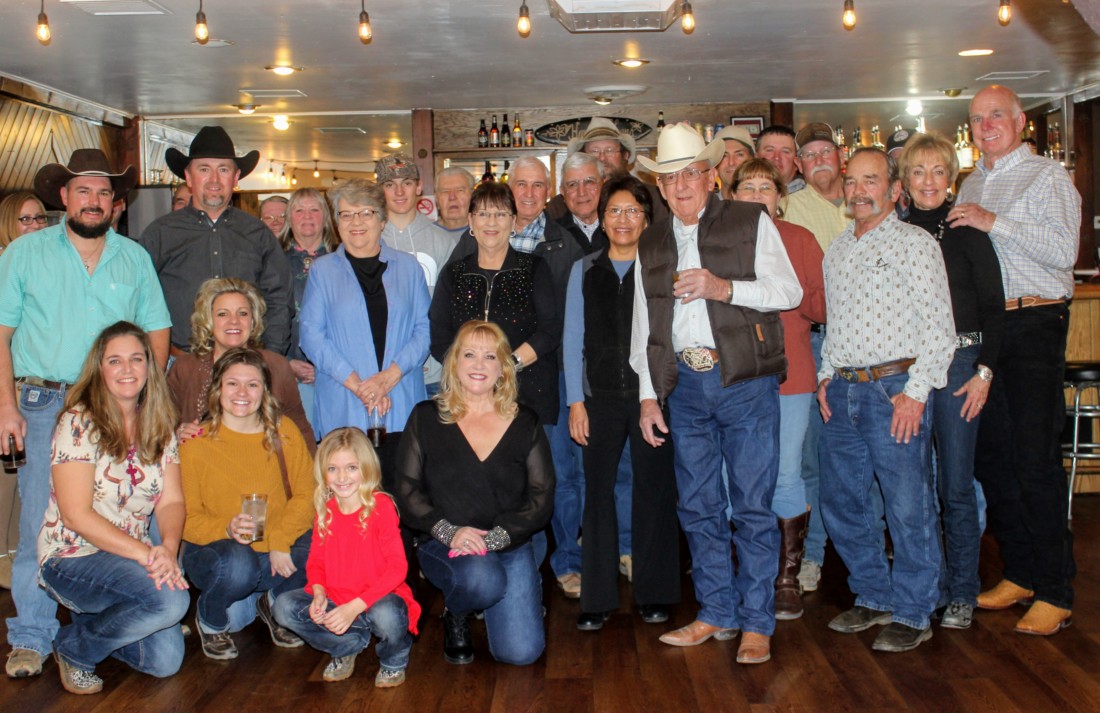 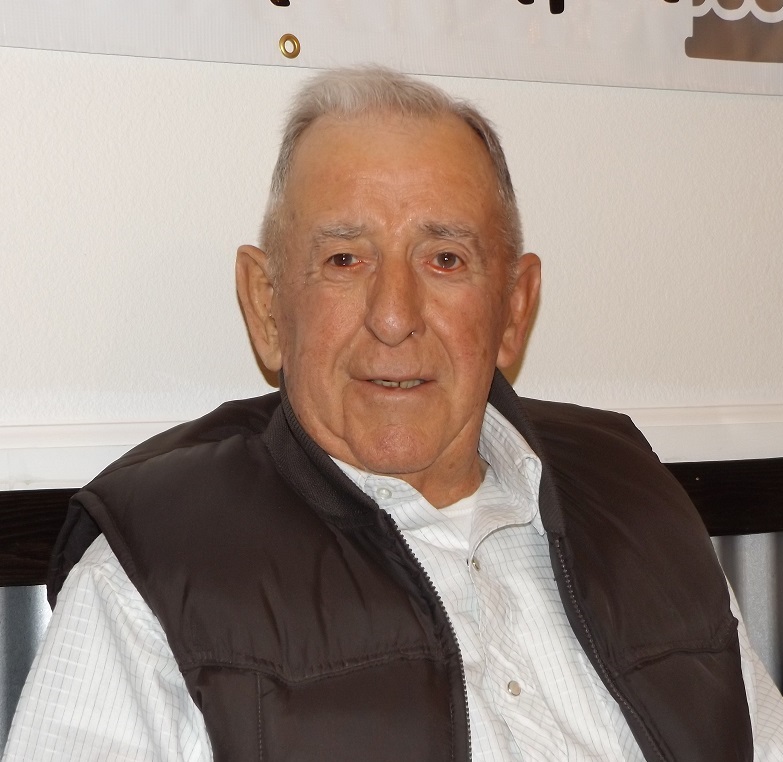 This column was contributed by Hollister resident Debbie Rey and posted by BenitoLink. The opinions expressed do not necessarily represent BenitoLink or other affiliated contributors.

What is a childhood hero?  To some, it may be Superman, President Reagan or their grandmother. For me, other than my daddy, it was George Fernandes. I’ve known George since I first arrived in this world and spent many a Friday night at his and his wife Jean’s house for dinner, going on camping trips, the San Benito County Rodeo and participating in brandings on the Law Ranch to name just a few. My mom and George became the best of friends when she was just a teenager while working at Brown & Chappell with him.

On Jan. 25 in Fallon, Nevada where George now resides, a wonderful group of people surprised George for his 90th birthday. In attendance were his daughter Dianne Horton and her husband Jack from Medical Springs, Oregon. Medical Springs is 35 miles north of Baker City, Oregon and is where Jack and Dianne run their ranch, Thorn Creek Ranch. Also in attendance were his grandson Travis Kincaid, Tammie, Kyla, and Reese from Fallon, Nevada; Tammie’s parents Skee and Cathy Choinski; his grandson Rick Schwall, Megan, and Kaycee Jean from Ballico, California; Rick’s son Clay Schwall and his girlfriend, Cassidy Aalgaard from Reno, Nevada; Fred Grieder who has been like a son to George and Jean since Fred worked on the Law Ranch back in the ’70s (known as the Paicines Ranch now), and his wife Sylvia came all the way from Texas; Patty Danbom, who was Jean’s best friend and was instrumental in caring for Jean prior to her passing in May 2019; Bill and Starr Schwoerer, neighbors from Fallon, NV., work friends, Carl and Paige LaFever and Charlie Gomes, Matt McFarlane and Justin Wagner, both from Fallon, NV., Dan Robinson from Crows Landing, CA and finally, John and Trish Maderis, Mac Mota, Pat Garratt II and myself, all from Hollister, California joined the celebration.

George was born in Oakland, California on Jan. 28, 1930. He moved to Tres Pinos, when he was just a toddler and lived here until he moved to Fallon in 1980. George met and married the love of his life, Jean Colescott, on Valentine’s Day in 1948.

Among the many stories that were told, the one that stood out as a great representation of George came from his grandson Rick.  Ricky, as I know him, and his grandpa saw an emu running across the property, so George being George tells Ricky to get a rope.  George jumps on the four-wheeler, Ricky jumps in the basket attached to the front with rope in hand and they start chasing down the emu. Did you know, emus can run 30 mph? Well, the emu comes to a gulch and easily jumps it. Ricky on the front of the four-wheeler sees it and thinks they are done for, but George doesn’t let off the gas. Jumps the gulch on the four-wheeler and keeps on going. Fun for all, with the exception of the emu who ended up roped and brought back and put into its pen.

At the party, George was witty and as funny as ever. George, thank you for being my childhood hero. And as Ricky says, “He was and still is  my hero!” I might have to agree with him.