District 2 Supervisor candidate Kollin Kosmicki explains why he hasn't asked for public endorsements in the campaign and how he'd rather focus on gaining the trust of everyday voters. 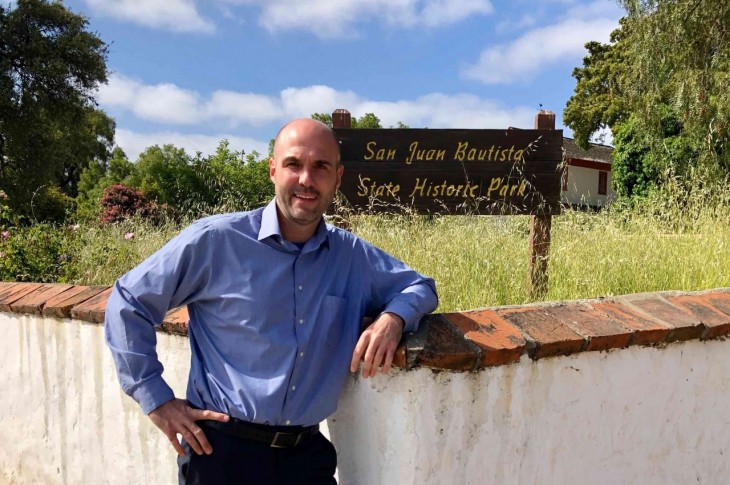 When I launched my campaign for District 2 supervisor, I knew I wouldn’t run a traditional campaign.

If I were staying true to myself—as a non-political outsider—I had to approach the race without many of the typical ploys we’re used to seeing in local campaigns.

That meant I wouldn’t explicitly ask political groups for public endorsements—nor would I pressure family, neighbors, friends, longtime associates or dignitaries so I could tout their support on my campaign materials. Seeking public endorsements is a common practice on all levels of politics—so I don’t blame others for doing it—but I’m not personally comfortable with it.

Most important, the endorsement game is often used as an attempt to convince less-informed voters that a candidate is the most popular or has the most credibility in certain circles. It’s an attempt to make an overtly contrived perception into reality.

To the contrary, I’d rather win this race strictly on my own merits and not the names of others. That is why I have not actively sought out public endorsements—with the exception of taking part in the county union’s recent town hall forum with three other candidates—before the upcoming March primary.

In fact, I haven’t explicitly asked one individual or group to publicly endorse me for this campaign, and my campaign website launched in the spring has never once included the typical “Endorsements” section you will see on others’ sites and social media pages.

Of course, I greatly appreciate support of local individuals and organizations. I also appreciate opportunities to speak in town hall settings where voters can dissect what candidates are saying and discern differences among us. Out of respect for county employees, I wasn’t going to turn down the union’s invitation to take part in a town hall forum earlier this month.

Going into the forum organized by the Service Employees International Union #521—the county’s general employee unit—I didn’t expect an endorsement or pander for one. I stressed my top priorities just like I do when I knock on doors and post information on social media: if elected, I will push hard to slow housing growth, make road upgrades my top budget priority, and support business-friendly policies to attract good jobs here.

When asked about pay and benefits for county employees, I told the union representatives I would like to see our workers receive compensation that’s more in line with wealthier, surrounding counties, but also that we can only make that happen through aggressive efforts to boost economic development.

These weren’t necessarily all the right things to say, so to speak, but I wasn’t going to change my message based on the audience. It’s been paramount for me to stay consistent throughout this campaign—no matter who I’m speaking with—and that’s not always the case with political candidates who will tell people what they want to hear.

So instead of racing with other candidates to compile a list of supporters to show off on campaign materials, I’d rather focus my time and efforts reaching and understanding regular, everyday voters.

In other words, I’m trying to be as non-political as possible during this campaign. I’m laser focused on representing all residents equally—and avoiding otherwise inevitable conflicts of interest or perceptions of favoritism down the road.

It’s the same reason why I restricted my own campaign fundraising efforts with a self-imposed cap on individual donations of $250 for each election cycle. I don’t want anyone expecting special favors if I’m fortunate enough to represent this great district—even if it lowers my chances of winning in 2020.

This doesn’t mean I lack support by any means, or that I won’t work hard to fairly represent local organizations like unions just because they endorsed other candidates. It just means I’m trying to be as genuine as possible and—in my book—win this historic election the right way.

If you would like to learn about my platform, including my push for slower housing growth in San Benito County, go to KollinForSupervisor.com.