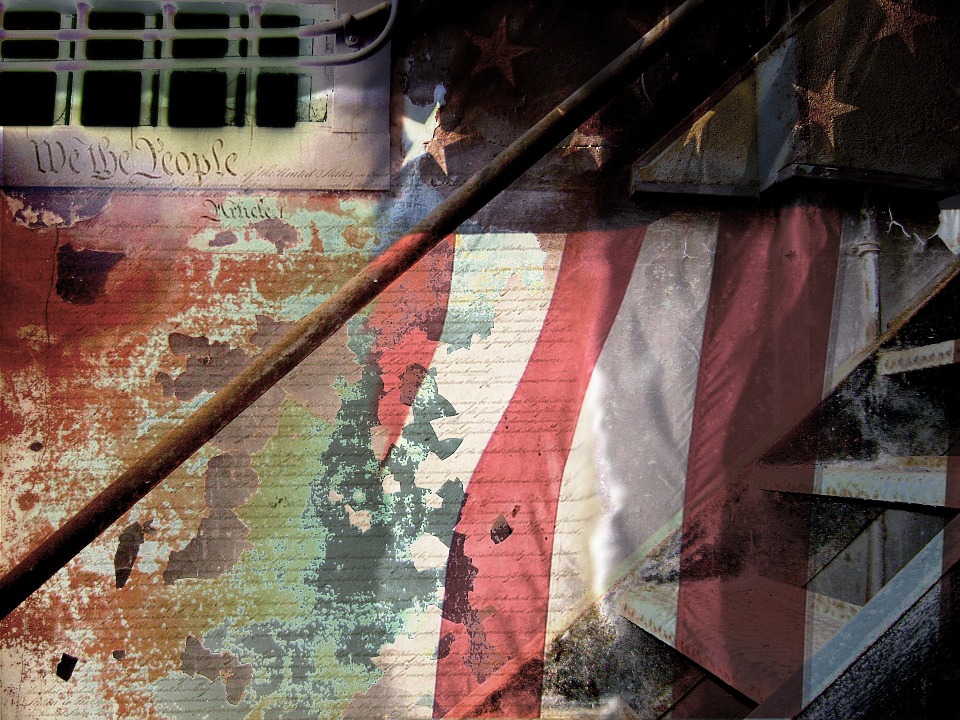 So the stage is set for the re-write of the goals and values embodied in the American experiment in democracy – following the American Revolution.

The Constitution of the United States, as ratified by the 13 colonies, was and is a document reflecting the values and concerns of the wealthy landed-gentry of the time. A major driving force behind the constitutional convention following the rebellion and in its self interested agitators, was the fear of the many non-violent protests and appeals by small farmers against big cities (Boston, New York, Philadelphia, etc.) eastern merchants, financial interests, legislators, courts and lawyers) for their imposition of heavy taxes, in order to pay-off state debts held by the wealthy class.

Ironically, this was one of the reasons for the revolutionary war presented for the breaking away from Great Britain, the tyranny of King George III and the imposition of the British Parliament (unfair tea tax to pay off the debt accumulated as a result of the French and Indian War; reassert political power and control over the colonies, and bail out the monopolized East India Company, i.e. today’s equivalent of New York Stock Exchange, Wall Street, banks too big to fail, investment houses and hedge funds).

The glaring example of this spreading fear, as observed by the wealthy, property-owning class, was Shays Rebellion, which presented the greatest threat at the time, and which called for repudiation of the heavy taxes.

Classical conservatism derives its foundation of belief from medieval, feudalism and the Catholic Church. It stands for the need for stability, order, harmony, and most bewildering is its stance on social inequality, and leadership by a natural upper crust. On the other hand, classical liberalism allows for equal opportunity to pursue civil and political freedoms and self-interests. Although considered the bedrock of American society and contrary to conservatism, ironically, it allows and assumes for stark inequalities. Socialism, on the other hand, stands for equality in social, political and economic concerns.

As we recall our storybook American history and the vested interests in the movement for a Constitutional convention, the reasons for such a call was the inability and ineffectiveness of the Articles of Confederation to trade and the conduct of business.

But the landed-gentry, creditors and wealthy trended toward states, favoring the interests and call of the debtor class – and the looming crisis against the wealthy classes. The crisis brought about a movement to amend the Articles of Confederation and establish a strong central government, creation of a standing militia; thereby checking the states with democratic equalizing leveling provisions.

Enter the Constitutional Convention. The gatherings of the delegates to the convention were all men of considerable means who opposed the further democratization of the American Revolution. Nowhere were the workers, laborers, tradesmen, mechanics, indentured servants or slaves – especially for a new nation founded on freedom and individual liberties.

In order to capture the sentiment of the times and its political talking heads, one must only hear the words of John Jay, Chief Justice, Statesmen, and framer of the Constitution who without mixing words, declared “The people who own the country ought to govern it.” To the founding father the minorities to be protected were the propertied and the wealthy. One only has to look at the language in Article I Sec 8: of the constitution, which reads in part “… Congress… to regulate Commerce with foreign nations, and among the several states … establish laws on the subject of bankruptcies throughout the United States; … raise and support armies … coin money …”

Believing that tyranny will inevitably come about and impose by the majority (small farmers, mechanics, laborers, slaves and indentured servants) its will on the minority (propertied and the wealthy), the constitution is composed to a large extent, with stipulations securing against the free and open intrusion of a government moved by a passionate majority.