Valerie Egland writes that low voter turnout and a campaign of disinformation tipped the scales of the county's future.

This community opinion was contributed by San Benito County Planning Commissioner Valerie Egland. The opinions expressed do not necessarily represent BenitoLink or other affiliated contributors.

The March 3 primary election revealed a 54% county voter turnout. Out of that 54%, 60% voted to gut one of the best planning ordinances seen in the county. Let’s look at how the opposition succeeded.

Malcolm Gladwell, staff writer for The New Yorker, has written a number of non-fiction books delineating human behavior and how it is influenced. Within the pages of his fourth book, “The Tipping Point,” and his third book, “Blink,” there are some pretty good answers.

If you take a look at issues pushed to epidemic proportion, “The name given to that one dramatic moment in an epidemic, when everything can change all at once is the Tipping Point.” (P.9) It would take another article to analyze the events leading up to the fears around housing developments, road repairs, and traffic congestion that were a contagion at its Tipping Point when a campaign took them on as its group mantra.

What would ‘Tip’ the public fears into an ‘epidemic’ was the idea of a development at the Betabel off-ramp of the 101 Highway. The General Plan includes possibilities for this and three other commercial ‘node’ properties spaced down the 101 Highway to develop in time.

The phenomenon of the ‘Tip’ must, however, have a catalyst; the catalyst here were salesmen, mavens and connectors who transmitted ‘sticky,’ alarmist messages that drew the public into compliance with their objective.

Planting their message into the subconscious was the creative use of Ling Chi, a method of ‘death by a thousand cuts.’ In this case, many small signs with subversive information; signs in ‘danger/warning’ colors, placed strategically and repetitively to echo as though a community alarm.

What made this strategic signage stand out was its contrast to the plethora of common campaign signs along streets and highways.  Along with all that banal, common signage, there popped No on K ‘danger signs’ in black and yellow, delivering easily absorbed disinformation, heightening the entrenched and emotional fears within the community.

Moving the deceptive messages through the voting community required salesmen who could engage the public in an ‘act of empowerment,’ an act such as signing one’s name to a petition, or placing a sign in the yard. These acts feel empowering, as if striking a blow at feared and resented issues.

It didn’t take a great act of intelligence to extract inflamed and agitating concepts from the ongoing, slow to resolve issues in the county. These issues that are near and dear to the SBC voters were tweaked to become the negative ‘sticky’ messages that No on K promoters used to sell the public on stopping commercial business development.

Eight conceptually invalid, but inflammatory issues were extracted from the speculative proposals on the 101 corridor: ‘out of control’ housing; Native American sacred spaces; the Pajaro River; aquifer depletion; strip malls; towering hotels; an unlikely alligator pond; increased 101 Highway traffic; and use of ag rangeland and floodplain. All of these created very ‘sticky messages’ that stamped Measure K as sudden danger and destruction of our county assets and character.

A number of mavens, variously ‘trusted’ persons, were required in order to pass this information on to messengers as ‘perceived timely, exclusive, and relevant knowledge’ in the deceptive sales process. A couple previously known for advocating good causes formed a group, and their reach into the retirement community added a retired Congressman, a retired wine maker, and a retired planning department worker, to validate their sale of misinformation. These retired persons had no stake in the game of the county resident’s economic future, nor took risk with their own current positions nor property.

For salesmen, ‘the group’ banked on an existing disruptive figure within Hollister City Council and its mayor, a doubt-provoking supervisor, and several activists around San Juan/Aromas who closely associated themselves with a journalist running for office.

Overwhelmed by this contingent of mavens, connectors, messengers and salesmen, about 4,000 county voters signed a petition against the C-3 zoning Ordinance 991 along the 101 corridor, and voted No on K.

San Benito County has a diverse population blended from its historical past in agriculture, ranching, and industry. Residents honor their rich Native American, Mexican, Asian, and European history, so issues that affect one area or population segment, affects all. Because the county population is small and centralized around the county seat of Hollister, and historic San Juan Bautista, inflammatory issues draw a sympathetic reaction from all, especially with current social media communications.

When No on K salesmen were unleashed in the county, the ‘customers’ were enticed by deceptive phrases that touched their emotions, i.e. traffic, housing, sacred lands, etc. Key to their success was their determination that San Benito County is (and I apologize as Gladwell did), a ‘laydown’ population: rural, naïve, and easily manipulated by those with ‘perceived timely, exclusive, and relevant knowledge.’

The statistics on this election tell you that one-third of all registered voters made the decision affecting all; that’s 10,954 out of 32,407 registered voters. Now tell me your vote doesn’t count. There are about 45,000 residents eligible to vote in the county who could be actively engaged in decision making. Until there is better voter engagement, ‘divide and conquer,’ ‘subvert and deceive,’ will continue to be successful. Come to city and county meetings and get to know the people who work for you, and speak your piece. “How little things can make a big difference.”

COMMUNITY OPINION: Gavilan College’s deficits are a result of overspending

Steve Kinsella writes that residents need to demand accountability and transparency from the Gavilan College trustees. 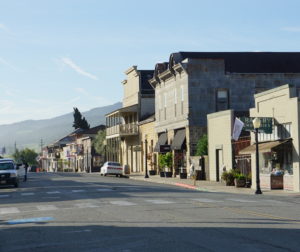