Ruling in response to lawsuit by ACLU 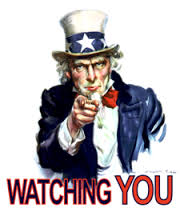 Following the revelations by Edward the “Patriot” Snowden that the National Security Agency was collecting in bulk every phone call and phone record communications meta -“identifying”- data from Americans, the 2nd U.S. Federal Circuit Court of Appeals in New York ruled unanimously on May 7 that the NSA bulk telephone collection spy program is illegal. The unanimous ruling also held the legal foundation upon which the government rested its justification for the programs is illegal as well.

The ACLU filed a lawsuit (ACLU vs. Clapper) asserting that the NSA exceeded the legal limitation of the U.S. Patriot Act and on constitutional grounds – going beyond the law’s intent, focus on counterterrorism, and foreign intelligence information gathering. The three-judge federal panel allowed the NSA spy on Americans program to continue. However, the court called upon Congress to better define where boundaries exist or risk “invasion of privacy unimaginable in the past." The appeals court further stated “that Congress cannot reasonably be said to have ratified a program of which many members of Congress – and all members of the public – were not aware, “… it said.” The three-judge panel also criticized the NSA program by further declaring that “The statutes to which the government points have never been interpreted to authorize anything approaching the breath of the sweeping surveillance… and the sheer volume of information sought is staggering”

Ironically, the court’s ruling followed the ACLU’s decision to appeal a lower court’s determination to dismiss the case. In a hopeful note, the recently confirmed U.S. Attorney General, Loretta Lynch, said that: “the government is reviewing the court’s decision.” The timeliness and significance of the court’s ruling does not go unnoticed that portions of the U.S. Patriot Act expire on June 1 of this year – requiring reauthorization by Congress. It’s also ironic, timing-wise, that with the expiration of the Patriot Act looming, the highly dubious Anti-Islamic “Muslim Art Exhibit and Cartoon Contest” was held at the Curtis Culwell Center, in Garland Texas. One would even say that its purpose was to bait, tempt and invite individuals to act in response and raise serious questions of an “October Surprise” staged event Link.

However, Senate Republican Majority Leaders Mitch McConnell from Kentucky and Intelligence Committee Chairman from North Carolina Richard Burr favor continuing the NSA’s bulk collection practice, even though the U.S. Circuit Court has ruled to the contrary. On the other hand Jameel Jaffer, ACLU deputy legal director, and who brought the lawsuit, referred to the federal court ruling as “very important… a great ruling… and it’s significance… if it’s not overturned, it will end the call records program, …” Moreover, the ruling will require governments, both national and local (including Hollister) to re-evaluate the basis and thinking on supporting broad, unwarranted surveillance spy programs. Especially now, since the courts have and continue to rule against unfettered and unregulated surveillance technology programs that violate privacy and civil liberties.