This community opinion was contributed by District Attorney candidate Joel Buckingham. The opinions expressed do not necessarily represent BenitoLink or other affiliated contributors. BenitoLink invites all community members to share their ideas and opinions. By registering as a BenitoLink user in the top right corner of our home page and agreeing to follow our Terms of Use, you can write counter opinions or share your insights on current issues.

Recently, a letter by DA Hooper-Mancino was sent to BenitoLink in relation to a molestation case that due to a “lack of corroborating evidence to such a degree that we were unable to pursue prosecution even though we very much desired to do so.”  I want to take a moment to explain the law to the community so that they can come to their own conclusion.

Nothing in the law requires corroboration to pursue a criminal charge in a molestation case.  While corroboration was present in Robert’s case, as I will explain below, the law is clear. The testimony of a single witness is sufficient to prove any fact. That’s directly from California Criminal Jury Instruction 301 and is a restatement of Evidence Code §411. In fact, the notes to Jury Instruction 301 state: “In a prosecution for forcible rape, an instruction that the testimony of a single witness is sufficient may be given in conjunction with an instruction that there is no legal corroboration requirement in a sex offense case.” I don’t want any potential victim in this county to decide to not come forward because without corroboration they believe it is pointless.

For many victims of molestation, the road to disclosure is an extremely difficult one. Some victims will never disclose their trauma, sometimes this is for fear of not being believed, sometimes this is because they believe nothing good will come of it, sometimes it is because it will upset the family unit, sometimes it is because they fear, and know, and yes it happens, that their own parent will choose the new boyfriend’s “truth” over their lived experience.  The dynamics of molestation are always a gross power imbalance. Often, the molestation occurs with the admonition not to tell anyone, and that it must remain “a secret.”  Frequently enough, the molestation is accompanied by threats of harm should the victim tell anyone, and they should not bother because no one will believe them anyway.  Finally, while completely undeserved there is often a deep sense of personal shame in the victim as though they had done something wrong, when in fact, the only wrong was committed by the perpetrator.  This shame causes victims to feel like they themselves are broken because someone molested them.

In Robert’s case, according to Bob’s letter, the gross power imbalance was accompanied by threats of physical harm, these threats so impacted Robert that he was too afraid to tell until the defendant was in jail.  We need victims to be willing to come forward, we need to recognize, not dismiss their courage.  We need to see and feel deeply the great strength that it takes to overcome the feelings of shame, guilt, and fear to disclose these heinous acts.  We need to see that often, just one voice willing to stand up, can give others the courage to stand up as well.

In 1995, the California Legislature passed Evidence Code §1108 to allow other acts of sexual molestation to be introduced at a trial.  They did this because they intended that one victim’s account of molestation would be able to corroborate another victim’s account of molestation.  According to People v. Falsetta (1999) 21 Cal.4th910, 911 they did this because “The Legislature has determined the need for this (other sexual conduct evidence) evidence is ‘critical’ given the serious and secretive nature of sex crimes and the often resulting credibility contest at trial.”  Additionally, the Legislature stated “the willingness to commit a sexual offense is not common to most individuals; thus, evidence of any prior sexual offenses is particularly probative and necessary for determining the credibility of a witness.”

This is reflected in California’s Instructions to a Jury. California Criminal Jury Instruction 1191A and 1191B exactly describes the admissibility and utility of this evidence to a jury.  The simple fact of the matter is, having multiple different witnesses complaining of similar sexual conduct is a huge kind of corroboration that would justify the filing of charges.  In the case of Joseph Alvarado, it appears from public sources that there were in fact three other minors coming forward to report the sexual conduct. That is an incredible amount of evidence that corroborated Robert Kutz’s lived experience and his brave disclosure.

The State of California has recognized for over 26 years, that multiple victims corroborate each other when it comes to addressing sexual misconduct. It is disturbing that the current incumbent does either not know this or claims that this is not in fact corroboration.  The voters of our state have established differently.  Your elected DA should know this.  It may be that the other victims wished to resolve the case, perhaps they did not want to testify, it may have been that the individual handling the case believed that 11 years was sufficient punishment, there could be several other explanations, some better, some worse. The one explanation that I find completely implausible is that there was insufficient corroboration.  Mr. Kutz, I believe your son; I do not believe for a moment that your son’s case was not filed due to insufficient corroboration to such a degree that the DA was unable to pursue prosecution.

To those who have endorsed Ms. Hooper-Mancino, do you stand by her statement that there was insufficient evidence to corroborate Robert Kutz to such a degree that the DA was unable to pursue prosecution?  There is no place to stand by silent.  Silence will be heard as assent, and victims are listening. However, You know as well as I do, that there was no legal impossibility, no inability, at a minimum there was a choice not to file, not an inability, and accordingly a choice she ought to own and explain to the family and not to disclaim as some kind of inability. What will a victim of rape hear being told publicly that three other victims by the same perpetrator is insufficient to justify pursuing her case? How can any human trafficking victim feel like their experience will be taken seriously, how can they not be afraid that they will be treated the exact same way Robert was, ignored, and then his father indignantly talked down to for exposing his experience.

Mr. Kutz, I want to express my condolences regarding the loss of your son, not just the loss of life, but the loss of the child he was before he was molested, having his innocence stolen from him, by someone who I understand was in a position of trusted authority and leadership in his life.  Joseph Alvarado’s conduct tragically altered your son’s ability to trust others in his life and no doubt contributed to a great deal of internal trauma and turmoil. I am sorry for the pain your son endured, and for the pain I am sure you still endure. I don’t think I have the strength to bear what you have borne, and I commend you for your resolve to persevere through the pain that has come to you. 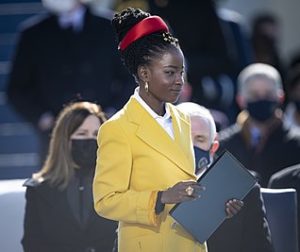