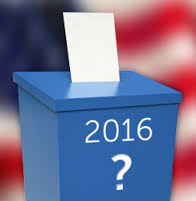 San Benito Rising, the grassroots local community organization that successfully placed the Measure J referendum on the 2014 electoral ballot that called for the protection of the environment and made it the law of the county – met this past week to consider the organization’s next steps.

At the organization’s February meeting, the 2016 election was an item on its agenda. Clearly, the organization will consider  the creation of a 2016 electoral campaign for community responsive public servants who upport the voters' will.

Truly concerned about our living environment and the community’s future quality of life, not just interested in raising revenue at any costs, San Benito Rising had important agenda items and discussed the future and how best to protect it. The group was successful in its effort to make Measure J the law of the county,through informing and educating the electorate and general public on the true facts and dangers surrounding the practice of hydraulic fracturing, cyclic steam injection and matrix acidizing. It signed up new and unregistered voters, actively doing the hard work of knocking on our neighbors' doors, meeting, talking to and engaging them in a conversation about their family’s and neighbors' healthy futures.

After placing the referendum on the ballot and getting the support of the county’s electorate — a 59 percent majority vote — it clearly sent a powerful and undeniable message, not only nationally but locally as well. This, where the majority of our locally elected officials opposed the measure or straddled the fence, and did not commit on the important environmental issue of our times.

The onus is on the elected “leadership” to work the will of their constituents. The voices and will of the people was loud, clear and has been heard – it’s up to city and county “leaders” to work on behalf of their constituents in defending against threatened frivolous legal attacks. They have been served notice by the electorate and will be judged come November 2016 – just 21 months away.

San Benito Rising will look toward the prosperous and healthy future of the residents of our county, and consider how best our community should be served by the elected officials it will re-elect or vote out of office.