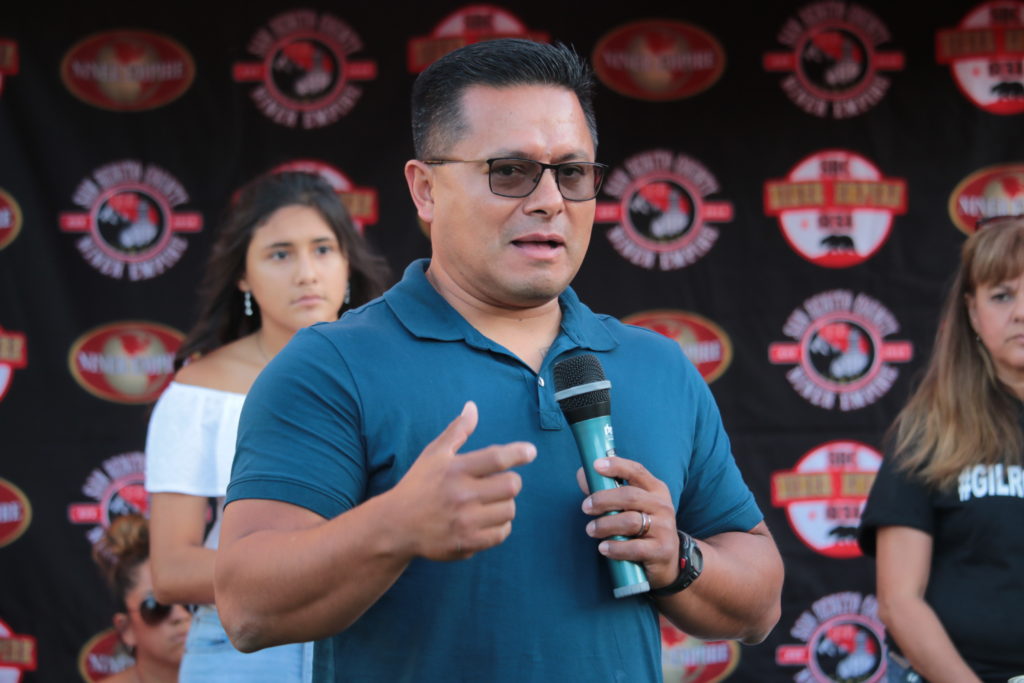 This commentary was contributed by San Benito County Supervisor Peter Hernandez and posted by BenitoLink staff. The opinions expressed do not necessarily represent BenitoLink or other affiliated contributors.

Note: Supervisor Hernandez is contributing this commentary with the intent of giving his perspective on the discussion that occurred to members of the public who did not view the April 28 Board of Supervisors meeting.

My comments expressed have been with much long suffering, learning, looking at data, engaging with staff, county counsel, and listening to my community.

My frustration starts with what I felt was completely ignoring the concerns the Board of Supervisors had with you Dr. Marty, about the rollout of this shelter in place.

To start there are “holes” with the mask order—no pun intended.

Reason why I mention mask order is not because I oppose it, but because I’m afraid it will be used as an excuse if there is a spike and we blame the public or business community really for a faulty mask order?

Point—I really believe this is like “whack a mole” because with your supposed solutions you answer one question, and three more pop up. Therefore questions can go on forever, but my main point is the burden that is laid on the people themselves that you doctor with all due respect couldn’t lift if you were in their place. There is a powerful statement in the Declaration of Independence, one of our guiding documents, which gives clarity to our system of laws, the Constitution of the United States which you and I are bound by, that says “men will suffer evils while evils are sufferable.” That is to point out the choice a person is being forced to consider in despair and therefore quite possibly not in all of their senses, when the crushing weight of these orders get too heavy to bear? Where are the metrics on that, Dr. Marty, where are your scientific models highlighting that?

To clear the air as far as your authority—you are an unelected bureaucrat, and not an elected legislator that rolls out policy. That is not meant as an insult, but to point out reality and to remind people the last time that type of damage caused by one individual was only possible under a different type of government which is not our system therefore not supposed to resemble and that is a monarchy with too much power given to one unaccountable individual, and therefore I can’t afford to worry about hurting your feelings over the public interest. You set guidelines not policy which makes it very hard to be successful at process. you can’t tell businesses how to implement policy successfully because you do not live in their world. I cringed in our town hall meeting Friday hearing you speak because what was supposed to be a hopeful message turned into doubt and despair. I firmly believe when you talk your talking as if your looking at Santa Clara not San Benito County. Not to mention a top down implementation, cut paste of Santa Clara Public Health Order that doesn’t reflect the San Benito County reality.

We the Board of Supervisors supported your March 18 PHO that accepted the likes of grocery stores without a mask and very high exposure and shutdown businesses that are very low risk because you deem them nonessential? As if every business isn’t essential? Their customers would disagree with you and so would our economy. Now I’m not lobbying to oppose essential business or against a mechanism that protects public health but again to point out this model about sheltering in place still has huge margins of error that allowed very high risk and to reiterate the case count was still low.

To be clear we have no guaranteed control that people working outside our community are either being safe according to the Santa Clara PHO or visiting family or friends outside of our community. To highlight no matter what we roll out there is no guarantee and we not only need to accept that reality, but that the community will still be blamed for increase in cases even if your PHO is faulty.

You say you want input from the business community, but you don’t even have a county email or means of getting ahold of you. You haven’t set dates or even started the “process” of how to engage lifting shelter in place with the BOS and May 4 is around the corner.

We are in a place where we do have many facts, those facts around our current caseload, impacts, and what will always be an imperfect process trying its hardest to guarantee no infection. Again something that is not possible.

I pose another very important question—What if we actually trusted the people to do the right thing, instead of this all over the place approach to compliance? We have had many folks out in the public putting on masks way before the mask order rolled out yesterday showing us most people care about their neighbor and doing the right thing. I recommend you don’t punish that, how about you reward it!

I firmly believe data can only be understood in the context of the whole truth, to reiterate doctor you mentioned that you believe infections have started since January. That means we had two and a half months of full exposure. And the total cases has hit 47. In context out of 63,000 we have had a total infection of less than 1% of our whole population sick and 95% have recovered. Which to emphasize, most of the media and state aren’t emphasizing at all recovery rate which by default creates skepticism and distrust. And also to ask the very important question is it only the PHO that kept case count low, or the public doing the right thing, or both? Or maybe none of that, maybe this virus is running its course on its own like previous viruses? At best only assumptions can be made of all three.

Nonetheless what can’t be argued is the damage the public health guidelines have created, consequences that you nor this board can’t ignore. The conversation from you and other state leaders has been exclusive to how to stop this virus ignoring the unintended consequences which is the public health damage the “shelter in place” has and will create. Things like mental heath issues—I just received word of people on suicide watch, along with depression, anxiety, child abuse, and forced poverty because of our intentional approach of crushing our economy. No matter how you look at it that is not success, that is failure. What will happen to our government funding because of these decisions? That is also to ask the question where does government money come from? When you realize government spending is just private sector spending orchestrated by politicians. To me success requires us to talk about the question “how will a good response happen to protect public health and the economy?” Because a strong economy most would agree is good for public health. The two should never be considered apart from each other. Greater than the financial relief a government could ever offer, is the freedom necessary afforded the true successful policy makers that is the businesses themselves whom would inform our discretion how to pivot from their current model to something that could be considered safer and more robust! So In my discernment and dialogue I ask the board to consider making partners with the public and the business community instead of peasants as this current order does. I personally foresee a line of people, and the business community getting ready to sue our county for these burdens their civil liberties cannot endure.

In closing, if we don’t come up with an exemption process, risk assessment guidelines and subsequent immediate rollout of lifting the burden on those businesses before the shelter in place order end date May 4 with your support Dr. Marty, then I will ask the Board of Supervisors for support of your termination.

Second request is for any and all public heath order conversations going forward be an open and public discussion item, no more of this closed session stuff.

“The only voice that has lost its authority is the one that doesn’t speak, no regrets.”