Hollister Vikings write that Hollister is a football town with years of tradition. 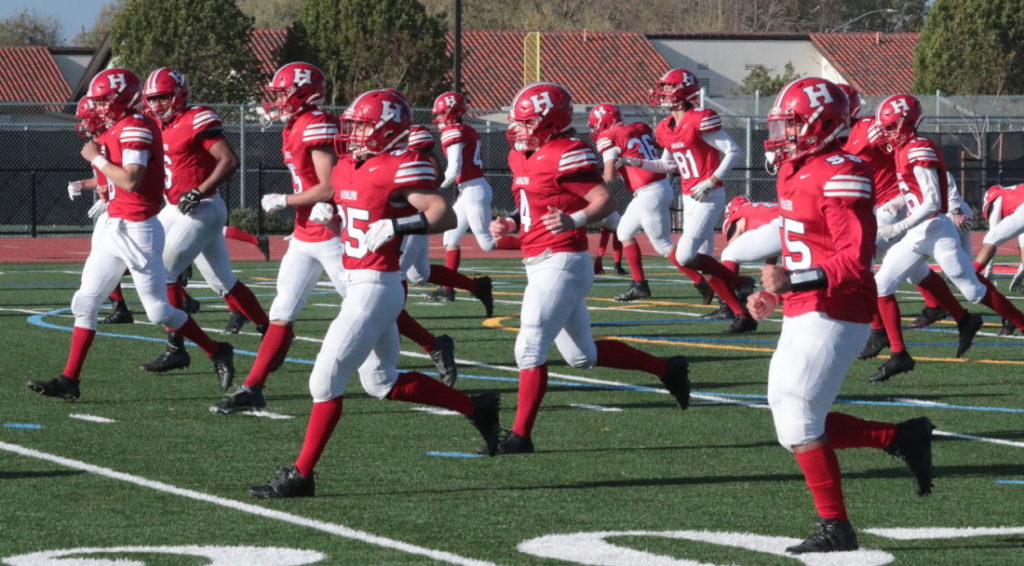 This commentary was contributed by Hollister Vikings. The opinions expressed do not necessarily represent BenitoLink or other affiliated contributors. BenitoLink invites community members to share their ideas and opinions. By registering as a BenitoLink user in the top right corner of our home page and agreeing to follow our Terms of Use, you can write counter opinions or share your insights on current issues.

Hollister California is a wonderfully small comfy town where everyone seems to know everyone. Stories connected from friendships to family hold our community together. When thinking of Hollister community and sports, one has to understand that this community has a lot of athletes and traditions.

From baseball, basketball and wrestling to softball, track, boxing and now MMA. But none fully bring the community together like Hollister football. Hollister is a football town.

As a child, football was played everywhere throughout the town. Some Neighborhoods had concrete warriors playing aggressive two-hand touch in the streets while others living near schools would take to the grass fields to experience, or relive, the contact and comradery of a game that is unmatched in the hearts of our Hollister community.

Thanksgiving games have been played for years with older players transitioning out as new and younger members joined the ranks. The tradition of Turkey Bowls exceeds my memory as my father played and reminisced of previous bowls while in high school.

Growing up in the 80-90’s, there was nothing better than to be playing football. Everyone had a favorite player and team and would idolize and reenact their favorite plays when gathering with friends. Wilson footballs were most common at the time until big business started to realize the demand for footballs.

Nerf Turbo footballs designed to be thrown farther, some with the built in whistles, would be flung around schools like Sunnyslope, Calaveras, R.O. Hardin and Rancho San Justo. Teams would be selected at start of recess, or break, and the game would go on until yard duties would threaten to take the ball away if we did not get back to class.

As dedicated fans of the sport, we would not risk losing football and retreat to our designated classes for the time being. Of course “The game must go on” and it would continue during lunch or after school as the saying goes! Even though we all liked different professional teams and players, we all loved Hollister Haybalers football.

There was nothing better than to go to a home game at Andy Hardin Field and see the Balers crimson and ivory uniforms. It was amazing to see the lights light up on a Friday night. It felt like you could see the illumination from anywhere in town.

The smell of the fresh grass surrounded by the dirt track would let you know it was game day while the Balers Barn aroma of tri-tip and burgers cooking would let you know you were home. Everyone in the community would be out there cheering “Balers” as we still do now.

You would see, and still do see, previous Balers return to the sidelines wearing their Letterman Jackets to show support to the new Balers while demonstrating the importance of what Balers football means to this community. “Once a Baler, Always a Baler” is the feeling we got in Hollister Friday nights.

While there was always dreams of playing football for the Balers, there was never a guarantee one would suit up and play when they made it to high school. Thankfully, for the youth in this community, Hollister Pop Warner was available and those fortunate enough to suit up in Purple and Gold would get them a chance to show their worth to Balers coaches when it was their time to trade in their helmets.

Until that time, Vikings would also make Andy Hardin Field home on Saturday and Sundays, depending on schedule, and would start the true love for Hollister football as Vikings. Vikings football set a standard for durability, knowledge and experience.

Seeing the Vikings jerseys at school and getting the privilege to wear one was prestige. Vikings players at school were always picked for teams early and that carried over to the higher levels. Vikings stood out when it came to toughness, football IQ and understanding of what is needed to get to the starting lineup.

Many people can attest to the benefits of Pop Warner, as well as what it does for the community and Hollister Haybalers football. Pop Warner gives youth an outlet and a positive way to let out aggression in a controlled setting while learning team work, leadership and how to respect authority.

As a Vikings coach for many years, I have seen a few of my previous players moving on confidently to Balers football with goals of playing in college. Many Vikings/Balers are playing in college now, whether it be a two year with transfer or straight to a four year university. This year’s Balers Varsity team had many Vikings players, from different ages and grade levels, all capable of contributing all game long or as needed.

All waiting and willing to compete as they did for years previous to Balers football. Many have been suiting up since they were 5-6 years old. High school gets you a diploma and Balers football gets you stats and film, but its Vikings football that instills Academics before Athletics and prepares them mentally and physically for the grueling challenge of Hollister football.

Based on the understanding of where it all starts, many Vikings/Balers players return to coach the next generation of Vikings as they know the importance of tradition and giving back to the community we all love. Some as fathers, some as brothers, and some as good mentors with no connection to the team other than wanting to teach and coach the cultural understanding of Hollister football.

They are the ones that know what it is like to suit up and they know what helmet starts the process. Hollister Pop Warner is embedded in our community as our grandfathers, fathers, uncles, brothers and cousins have once been Vikings.

Most still seen on the sidelines wearing red and white Letterman jackets at Balers home games while remembering the “VKA” chant from old. An understanding that it all starts with the dream of a kid and the support of a family and an organization willing to teach, train and motivate them to shine under the Friday night lights.

San Benito High is not just the home of the Haybalers, but it’s also at the heart of Hollister Vikings football. Traditions are aimed to keep a culture alive.

From Purple & Gold to Red & White, our players learn, train and play to trade in our Horns for H’s.