Organizations and families pitch in at the “spring cleaning” 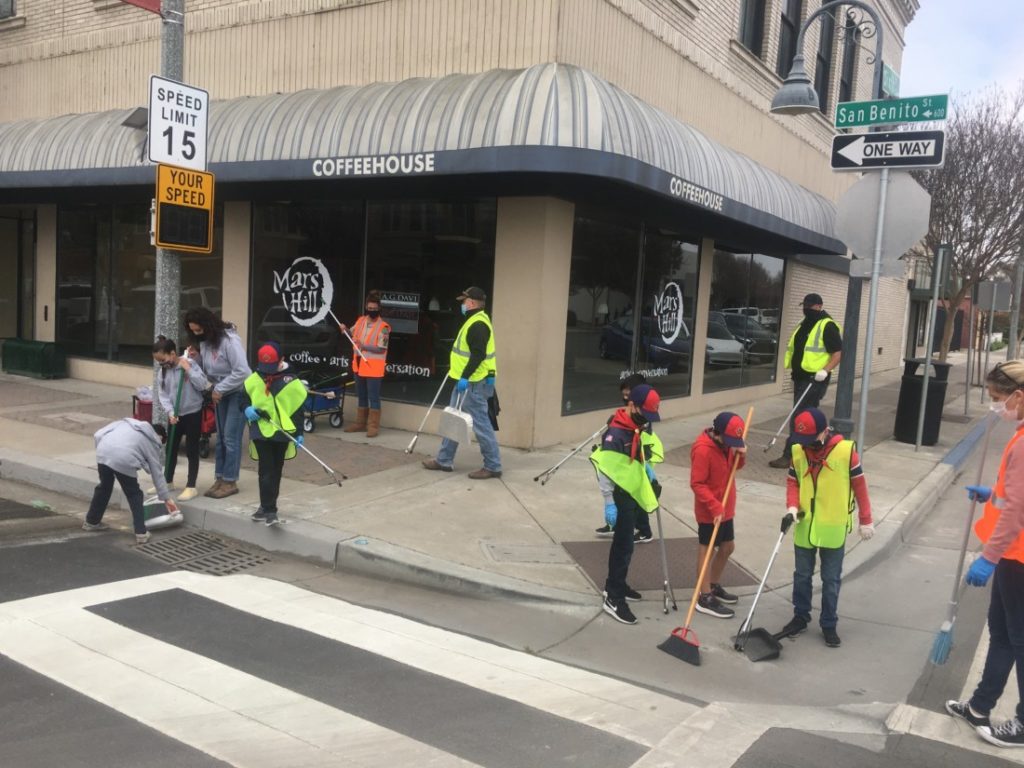 The Cub Scouts and adult Den Leaders of Pack 455 clean the corner of San Benito and Sixth Streets. Photo by Andrew Pearson. 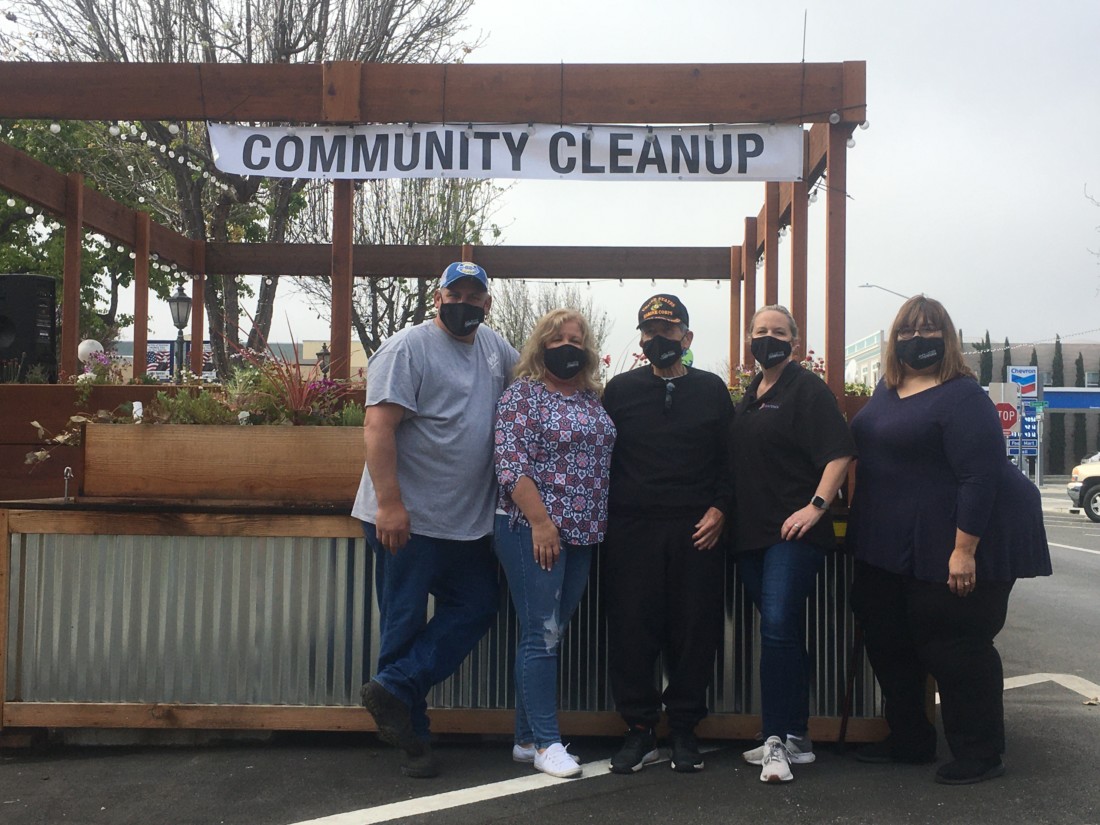 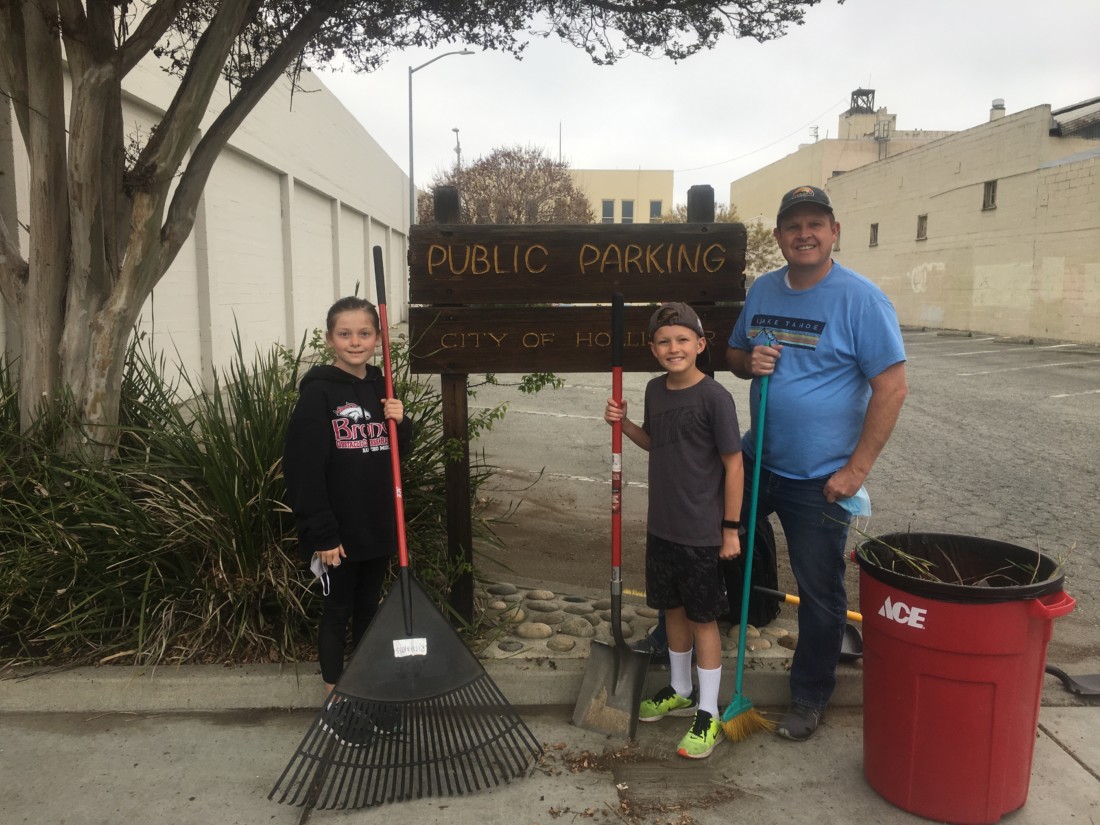 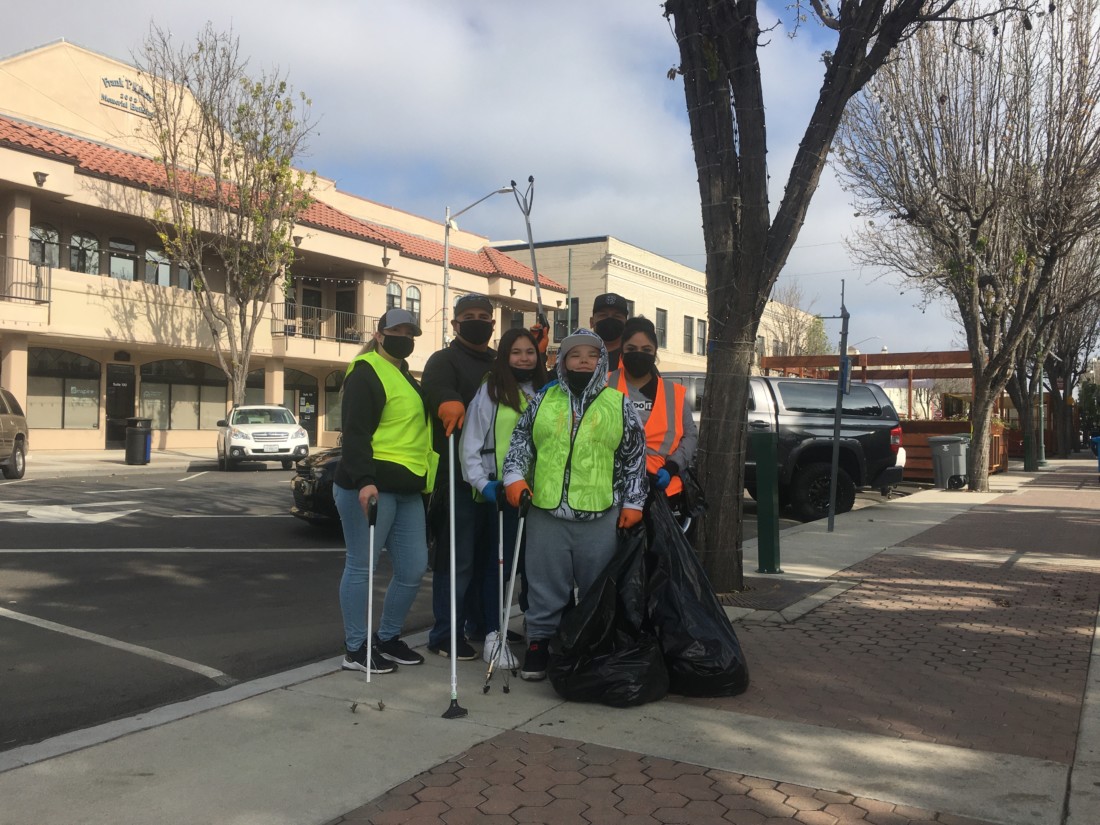 On the morning of April 17, members of the Hollister Downtown Association (HDA) set up tables in front of the Veterans’ Memorial Building on San Benito Street. Soon, volunteers, from three to more than a dozen in each group, began to approach the tables and give their names. Some were assigned to streets—the 500 block of San Benito Street, the block of Sixth Street between Monterey and San Benito streets—that they had cleaned in years past; others were assigned to new areas. The HDA’s annual Spring Cleaning had begun.

The downtown cleanups are almost as old as the HDA, which was founded in 1986 by interested citizens that included Gordon Machado, a former mayor of Hollister. “We were formed under the California Main Street Program in ’86, which designated five cities in California that they called ‘demonstration cities,’” Machado recalled. “They did 15 cities in three years, and the second year we were one of the five, and we’re still a demonstration city.”

Corey Shaffer, HDA executive director, said the cleanups have happened for more than 20 years. This year’s spring cleaning drew record numbers of volunteers. More than 200 arrived by 9 a.m., out of the 225 who had signed up, and Shaffer said, “We usually just have people show up, that didn’t register to volunteer.” In past years, turnout was usually between 75 and 85 volunteers.

Shaffer’s husband, K.C. Shaffer, attributed the high attendance to the loosening of the coronavirus shutdown. “What’s nice is we’re slowly starting to reopen, and the first event is the cleanup,” he said.

Machado said he’d never seen so many people: “When we started you’d have 20-30 people, then the Girl Scouts came and the Boy Scouts came and the schools came, but never this many. I don’t know if it’s the pandemic or what to call it, but we’ll take it.”

Some of these volunteers were recruited through social media, Shaffer said, “and we actually have 4-H, Girl Scouts, Boy Scouts, different non-profit organizations that we reach out to that come and volunteer for us, along with the regular community members.”

The HDA partnered with the Community Food Bank, Recology, and Integrated Waste Management to clean up the downtown. Monica Avonte, an intern who works with IWM on the problems involved in plastic use, said she was inspired by “being a part of the community and helping out, just building the community bond.”

Representatives of volunteer organizations also showed up. Tammy Duran, leader of Cub Scout Pack 455, said her pack might have attended the downtown cleanups from their very beginning. “We’re all about community service, so we’re just here to do our part,” Duran told BenitoLink. The Cub Scouts and parent volunteers swept, cleaned gutters and picked up garbage on San Benito Street between Fifth and Sixth streets.

David Richards and two of his children, Blithe and Brigham Richards, volunteer because of their Latter-day Saints faith. “Our church encouraged us to come out, and they’re big supporters of Hollister,” said the elder Richards. “We believe that all of us are children of God, and so it inspired us to help get out and build another community.” At the 2019 spring cleaning the Richards family picked up five bags’ worth of garbage and yard waste; this year they expected to fill three, while cleaning up the block of Sixth Street west of San Benito Street.

Richards also expounded a philosophy of cleaning-up. “If everyone pitches in, it makes for light work,” he said. “We don’t feel like we have to clean the whole city, we just do our part, and if everybody does their part, it’s a beautiful community.”
Felicia Bisceglia, the manager of the upcoming Hollister Farmers’ Market, brought her children, her son’s godparents, and her boyfriend Sonny Flores to the event. “We like keeping our community clean,” said Bisceglia, a member of the HDA. She added, “The Farmers’ Market starts May 5, I hope to see everybody there.”

After the clean-up a trash-weighing contest was held. The winner was the Community Food Bank, whose volunteers collected and bagged 1,060 pounds of trash. Youth Alliance won second place. “Thank you to the community, and to everyone for coming out and supporting us and the community,” Shaffer said. 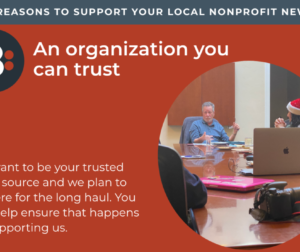 A news organization you can trust

Our primary goal is to provide valuable, sometimes life-saving information to the residents of San Benito County. 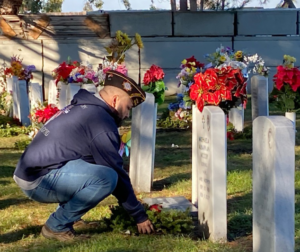 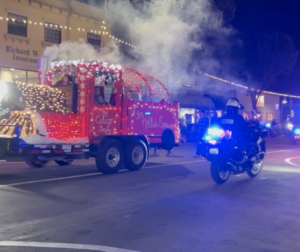 This year’s parade theme was 'The Most Wonderful Time of the Year.'