Community member Bev Miller writes about her trip with a SJB priest and five others to speak with legislators about SB 24 and chemical abortion pills on college campuses. 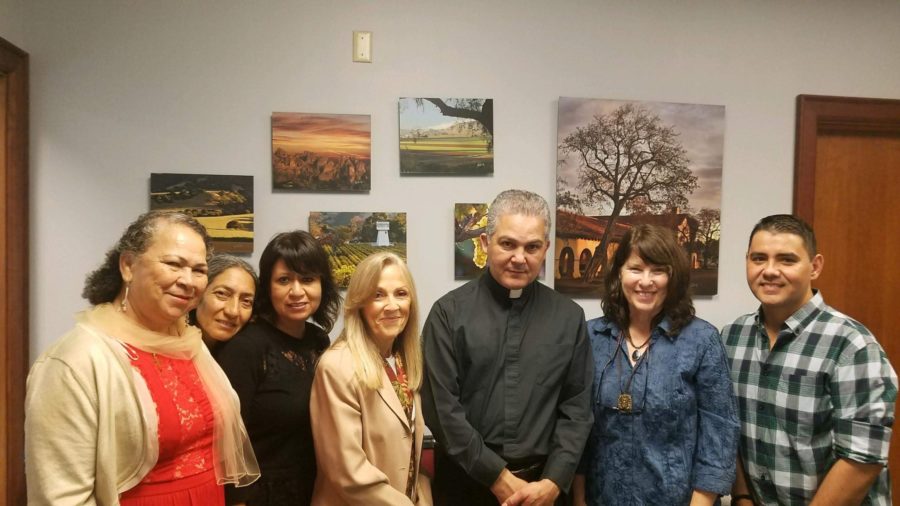 This Community Opinion was contributed by community member Bev Miller. The opinions expressed do not necessarily represent BenitoLink or other affiliated contributors.

The trip came two days before the California Assembly Appropriations Committee voted on the bill. This local group wanted to speak with Rivas, who sits on the committee, in order to state their strong opposition to this bill, which would mandate that all public university student health clinics offer chemical abortion pills.

Rivas’ constituents Maria Cortez, Maria Fabian, Elena Olsvold, Mary Woodill, Father Alberto Cabrera, Bev Miller and Alejandro Oseguera found the assemblyman to be inviting as he listened patiently to all the group had to say. They explained their opinions and feelings about college-age students being able to easily obtain this dangerous drug, especially since it can be available within a few miles of campus. Father Cabrera told Rivas of his personal experiences as he served in his homeless ministry and post-abortive healing ministry, and of meeting people who had been incredibly hurt and damaged by the abortions they had gone through, emotionally, physically, and spiritually. Olsvold also talked about the great harm done to families due to abortions potentially causing great friction and often breakups.

More than 1,500-2,000 constituents in District 30 (Rivas’ district) have signed letters of opposition to SB 24. For them, the most important reason was because of the harm incurred by the preborn baby and the mother. Governor Brown vetoed a similar bill (SB 320) last year, yet proponents brought the same measure forth unchanged and with no new evidence to support their position.

The Appropriations Committee’s purpose is to establish that a bill is “sound, responsible, and affordable.”  Because of this, the group who met with Rivas brought up that the California Department of Finance announced their opposition to SB24 due to the fiscal problems and the financial burden that the bill would place upon our public universities, likely increasing student fees or relying on General Fund monies.

In agreement with this analysis, Steve Miller, president of a local insurance company, said “In today’s litigious environment, this bill would put a sizable target of liability on every university that supplies this drug. In the plaintiff world, this would make the universities quite a ‘big fish with deep pockets.'”

Eric Taylor with the SBC Sheriff's Office writes about responding to a recent standoff on Churchill Road.