Celebrating the Fourth of July was hypocritical for Frederick Douglass then as it is today! 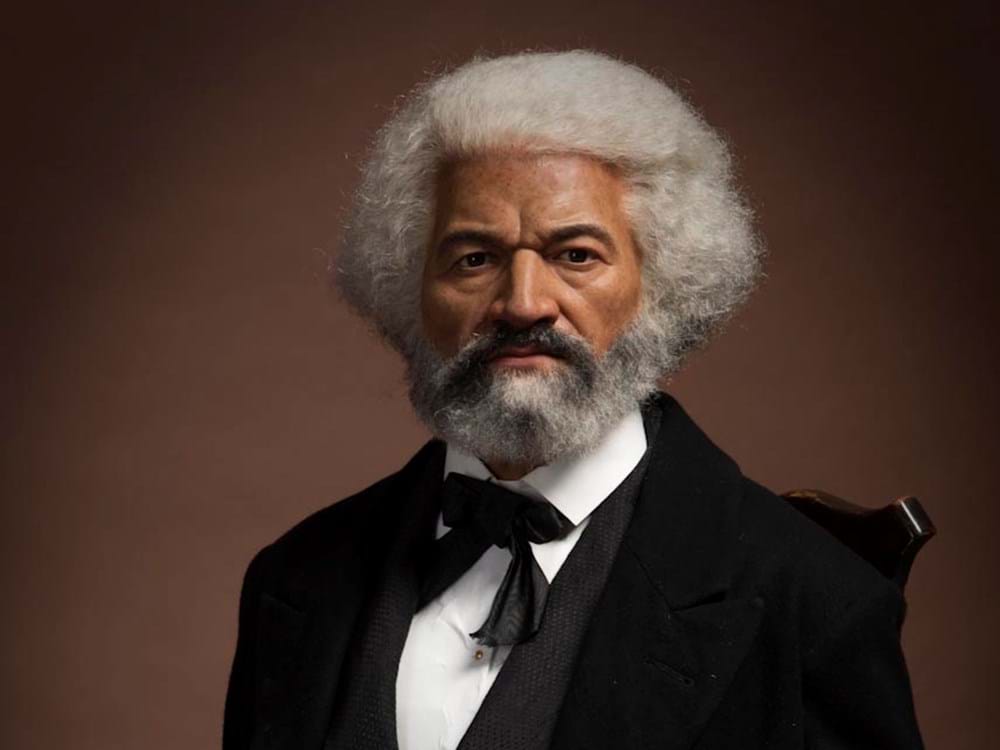 This opinion was contributed by community member Luis Burguillio. The opinions expressed do not necessarily represent BenitoLink or other affiliated contributors.

Frederick Douglass asked his audience on July 5, 1858, "Do you mean, citizens, to mock me, by asking me to speak today?"

James Earl Jones Delivers Frederick Douglass’ Historic and Au Fait 4th of July speech – "What to the Slave is the 4th of July?"

Perhaps one of the most influential Americans (born a slave in Talbot County, Maryland) on the question of slavery and inequality was and remains Frederick Augustus Washington Bailey, better known as Frederick Douglass. He was born in 1818, as best can be determined, to Harriet Bailey. He was “separated” from his mother at an early age, as was customary in slave plantation society. Separations have everlasting effects, blunt, and destroy any natural affection of mother to child. More insidious, in many instances in a slave society, is the fact that his father was his white slave master.

“She now stood fair for his infernal purpose.” -Frederick Douglass

Lent-out to Master Hugh’s family, Douglass worked at the Baltimore harbor. Taught to read and write by his Master’s mistress, she was strongly warned by her husband not to “learn the slave”, stating: “if you teach that nigger (speaking of myself) how to read, there would be no keeping him. … know nothing but to obey his master – to do as he is told to do. … forever unfit him to be a slave … at once become unmanageable, and of no value to his master. … make him discontented and unhappy.” -Frederick Douglass

“In time, she now commenced to practice her husband’s precepts. Nothing seemed to make her more angry than to see me with a newspaper. She seemed to think that there lay the danger.” -Frederick Douglass

After working a number of years at the harbor, on September 3, 1838 Douglass escaped human bondage, fleeing north to New York City, stating: “I left my chains, … without the slightest interruption of any kind.” Making his way to New Bedford, Massachusetts, and eventually forced to leave his land of birth in an effort to evade the slave police (precursor to today’s American policing structure), and the clutches of the Fugitive Slave Laws.

Preaching anti-slavery and the horrors of slavery from personal experience, Douglass was able to have his Freedom purchased, from the land of “the free and home of the brave”, by supporters in Great Britain.

An American authority on the question, Douglass wrote, lectured, and edited the North Star, an abolitionist newspaper. Hear his Fourth of July speech or read the text.

“Slaves would receive, as their monthly allowance of food, eight pounds of pork, or its equivalent in fish, and one bushel of corn meal. Their yearly clothing allowance consisted of two coarse linen shirts, one pair linen trousers, one jacket, one pair trousers for winter, made of negro cloth, one pair of stockings, and one pair of shoes; the whole of which could not have cost more than seven dollars.”

Frederick Douglass wrote on religion and slavery, “The dealers in the bodies and souls of men erect their stand in the presence of the pulpit, and they mutually help each other. The dealer gives his blood-stained gold to support the pulpit, and the pulpit, in return, covers his infernal business with the garb of Christianity.”

“Such is, very briefly, my view of the religion of this land; and to avoid any misunderstanding, growing out of the use of general terms, I mean, by religion of this land, that which is revealed in the words, deeds, and actions, of those bodies, north and south, calling themselves Christians churches, and yet in union with slaveholders,” Frederick Douglass said.

So what does the Fourth of July mean to many migrant workers and residents of Hollister and San Benito County on this most of recognized hypocritical national day of celebration?

To many it means having to work (at below minimum wage) at local agricultural fields (all Latino migrant workers) without the benefit of a choice of overtime or a national holiday off to celebrate.

Or as an actual testimonial from a local schoolteacher, who learned from his students' tears and anguish, that members of his and neighbors' families are being separated – torn apart – and parents deported in the name of "good old Americanism" – independence, freedom, equality, fairness and liberty?

More insidious, and very Hollister, is having a so-called neighbor's green pick-up truck with a HUGE Confederate flag, in the rancho community, barrel down on your loved ones.  Are these the reasons why we celebrate the Fourth July right here right now in Hollister, San Benito County? These are sufficient reasons for members of our Hollister, San Benito County community to question and open our eyes to the reality of the hoax and lie that is the Fourth of July, while ignoring the everyday realities.

A most disingenuous celebration!