Jose Martinez-Saldaña writes that the myth of violence at schools has long been used as a justification to place police officers in school settings. 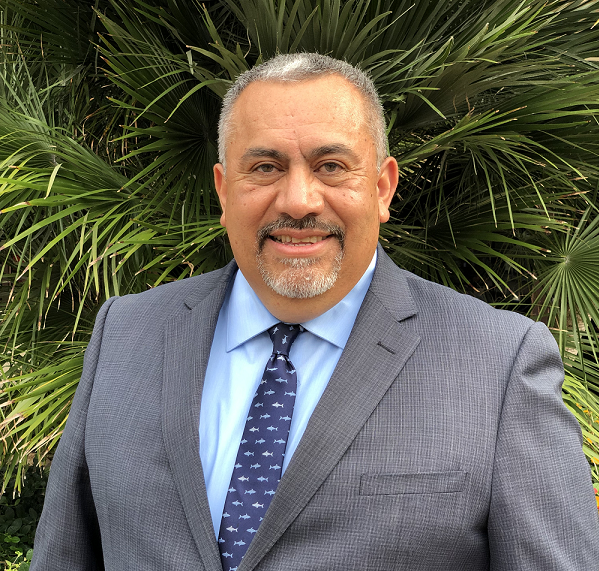 This community opinion was contributed by José Martínez-Saldaña, deputy director of programs for Youth Alliance. The opinions expressed do not necessarily represent BenitoLink or other affiliated contributors.

There comes a time when each of us has to come to terms with aspects of life that can change our views and even challenge long held beliefs. For me one such time is the present and the aspect is the issue of police presence in schools. The term used for these public servants is School Resource Officers (SROs).

Like most people, I grew up believing that police were the good guys, and I still believe that the majority of police officials are indeed good people, some are great people. That is not the issue I am debating.

The issue for me is the presence of SROs in schools and how their presence actually makes schools less safe. I know that sounds counterintuitive. In my 30+ years of work at colleges and universities in partnership with public schools throughout California, I can count on one hand the number of instances where a police presence was warranted. That is not a unique experience, most schools are actually quite safe from violence and the mass shootings that TV and other media outlets would want us to believe happen daily in every school. As the 80s-90s rap group Public Enemy stated, “Don’t Believe The Hype,” it is the amplified fear mongering that some politicians and media want us to believe.

I recall growing up in East San Jose and the push by the San Jose Police Department at the time to establish a sub-station at my high school in the late 70’s. Overfelt High School was a school with 90% students of color that developed a reputation as a place of riots and violence in the mid 1960’s.

Although that violence had ended in the 1960’s, it was still being used to justify the proposed police substation, never mind that it was based on a couple of incidents that occurred during the age of protest, calls for justice and equitable access to quality education, and the end to the Vietnam War. As students we were aware of the bad rap the school had and were opposed to any move to create a police-state type presence at the school.

For many students then, and now, especially if you are a student of color, the experiences with police was usually not a positive one.  We are quite familiar with the phrases “driving while black” and “driving while brown,” which for decades have been used to describe the frustration and repeated harassment youth of color experience far too frequently.

The myth of violence at schools has long been used as a justification to place police officers in school settings. However, the data from research actually shows that for the past 35 years, the incidence of violence at schools has decreased each year. Today, even with the school shootings that have received national attention, schools in the United States are safer than ever. What has been increasing is the frequency with which school SROs get involved that end up with youth getting arrested, cited or otherwise “in the system” (that being the justice system) that historically have been dealt with within the school discipline process. More troubling is the fact that there is a disproportionate impact on students of color, especially African American and Latino youth. A New York Times article from April 20, 2019 documents how much safer schools all while the fears have grown (https://www.nytimes.com/2019/04/20/us/columbine-anniversary-school-violence-statistics.html).

Why does this happen? To begin to answer this question, we need to reflect on what schools are designed to do, the services they provide or are having to provide regardless of the level of funding and support they receive. Public schools have been the socializing mechanism for American values and the vehicle through which our children learn about history, language, mathematics, science, the arts and the other subjects that are supposed to prepare them for college, the workforce, or other aspirations they may have.

So what happened? Well, a number of things happened, starting with the escalation by the federal government of its war on drugs. The tough approach to deal with all crimes culminated in the passage of laws like Three Strikes, which put millions of people behind bars for non-violent crimes. People of color were severely over represented in who was arrested, incarcerated and received maximum sentences. These measures combined with the passage of laws like Proposition 13, decimated funding for school programs, sports, support staff, counselors, and after school activities. I can tell you that as a freshman in high school at the time Prop 13 passed, it eliminated almost all non-academic programming at my high school. At the same time, the resources in the community were also evaporating as Prop 13 eliminated funding for social services in the community.

Services and staff positions at schools were not cut because the need for them ended, only because the funding was cut. Unfortunately, without counselors, support staff and case workers, teachers were put in a tough situation to deal with large class sizes with little to no support. So, if a student acted up or was having difficulty, behavioral or other health issue, no one was there to diagnose or address it. In many cases, schools began to accept funding for School Resource Officers because they were led to believe it could help control school climate and reduce violence. What SROs have accomplished is to increase the number of youths who are now system involved.

Why does this matter? Besides it being unjust and cruel to arrest a youth or put them on a “list” to watch for behaviors that historically have been school discipline issues, they are now becoming criminal issues. That is where the real problems start. As the 2011 Justice Policy Institute report “Education Under Arrest: The Case Against Police in Schools” reports, each year thousands of young people unjustly end up in the criminal justice system.

The damage from those experiences harm and impact the youth for the rest of their lives. In some cases, it destroys whatever normalcy their home might have provided. And, it increases the likelihood that they will get into more trouble with the justice system. That robs them of their future, and it robs society from any potential contributions they may have made had their education not been interrupted. I offer this last reason why this is such a travesty…and it is one that may be selfish to pose: it cost us anywhere between $50,000-$90,000 to incarcerate someone for a year, but it only costs us 15-20% of that to provide them with a world class education and the support system of professionals to help them thrive and become major contributors to our society, to our economy, and to our communities.

I can tell you that I know of a few of my high school classmates that were system involved starting in junior high and have been in and out of jail for 40 years. Imagine how much that has cost even if it has only been half of that time ($50,000 x 20 years = $1,000,000). I would rather help them get a good education, get good jobs, and contribute to our economy and to our community. We can do that by removing all police presence from our schools and re-invest those resources to increase the counseling and student support students need to succeed. Dr. David Hayes-Bautista, who was a demographer in the UCLA School of Medicine in the 1980’s published a moving study titled, “The Burden of Support,” that challenged us as a state to invest in the young people we will all be depending on in our twilight years. If we invest in them, they may be more likely to support funding of services we will need.

José Martínez-Saldaña is a doctoral candidate at University of La Verne, deputy director of programs at Youth Alliance, former dean of student services at West Valley College, a father of a high school sophomore, and a resident of Aromas, California.