Shutdown could last through the holiday season. 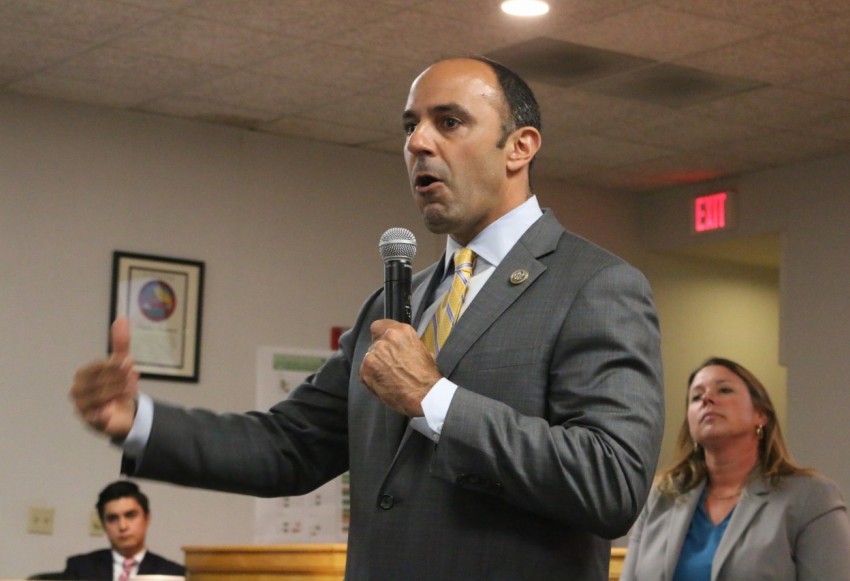 Congressman Jimmy Panetta speaking at a community forum in 2017. Photo by John Chadwell.
×

“Disappointingly, the federal government has partially shut down as of this morning. Disturbingly, President Donald Trump called for this shutdown more than 25 times and now has gotten what he wanted. Decisively, Congressional Democrats offered multiple proposals to keep the government open, including one that passed the Senate unanimously, and all of which included funding for strong, sensible, and effective border security, not an ineffective and expensive wall.

"Despite the President's rejection of those proposals and his call for this shutdown, Democrats will continue to work with Republicans to come to an agreement to reopen our government. It is imperative that the President stop threatening the stability and prosperity of our country over an ill-conceived campaign promise and that Congress come together to responsibly identify a long-term budget solution to fund our government.”

The following statistics were provided by Panetta's office. The release stated, " Due to the shutdown, over 39,000 government employees in California will be forced to go without pay over the holidays. Nationwide, 380,000 federal workers will be furloughed, and 420,000 employees will work without pay. Nearly one-third of all federal employees are veterans. Impacted employees with critical safety, security, and emergency management missions include FBI agents, U.S. Marshals, TSA employees, Coast Guard employees, and Forest Service firefighters."