In the past few months we have discussed this imaginary line curving downward from the tail of the Big Dipper to a lonely star named Arcturus in the constellation Bootes.  Now let’s continue that same curve and follow it down to another lonely bright star in the constellation Virgo. It is not quite so bright as Arcturus, and instead of being golden we see a pure white star named Spica. As Arcturus is the chief star of Bootes, Spica is the chief star of Virgo. These two are the only really bright stars in their constellation, the rest are faint and very hard to see.

Virgo is an unmarried woman, known as the Maiden (it is the Latin word from which our English word “Virgin” comes from).  Like so many constellations we’ve talked about it is very hard to make out what the figures portray.  The constellation is large and dim. The girl maiden is twice as large as the lion next to her. Like Leo, Virgo is important because the sun, moon, and planets, pass through it: it is another of the Zodiac constellation, along the ecliptic. Spica is close to the actual ecliptic, though not so close as Regulus in Leo.

Spica means, in Latin, an “ear” of wheat, that is, the seed-head of the wheat plant that we make bread from. I’d like to take credit for knowing that little bit of information, but I had to look it up, in a book of course. The girl, according to one story, is holding this in her hand because she is Proserpine, daughter of Ceres the goddess of the cereals and other plants.

I wonder what you had to accomplish to be awarded that designation?

But there’s more; Pluto the god of death saw Proserpine in the fields and stole her away to the underworld to be his wife. While her mother went wandering sadly in search of her, nothing would grow. At last Pluto had to let Proserpine live in the upper world for half of each year; and this is summer, when Ceres is happy and the crops will grow. Now you just can’t make up stories like this, so it must be true.

Wait, there’s more; in the Bible is the story of Ruth, a poor girl who lived by gleaning in the field of a farmer called Boaz. That is, she followed behind the harvesters picking up the scrapes of wheat they dropped. Boaz fell in love with her, figures, and married her. An astronomer in the seventeenth century wanted us to use Biblical names in the sky instead of pagan ones, so he suggested that Virgo should be named Ruth, and Bootes, standing above her, should be named Boaz. I don’t think that this astronomer’s suggestion was successful with his new idea, for this is the first time I’ve heard of this.

This month’s constellation, Virgo, might be somewhat of a challenge for you to find compared to the last couple of month’s figures; Leo and Bootes. But don’t give up, they are up there. It took me a decade to find Virgo, and I still have a difficult time finding this maiden in the sky.

UP AND COMNG EVENTS:

May 29: Mercury passes 0.4 degrees south of Venus (This is very close. Half the size of the width of your little finger, arm stretched out. Look west minutes after sunset). 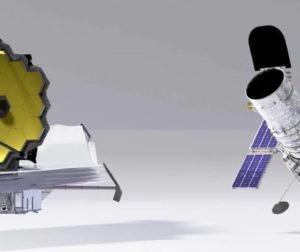 Searching the sky: NASA to launch $10 billion telescope in October 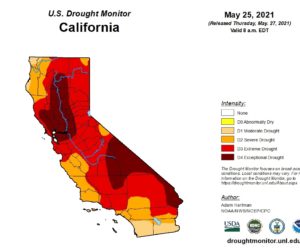 City of Hollister and Sunnyslope County Water District customers will experience a temporary reduction in quality of water. 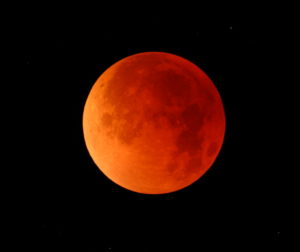 Searching the sky: The moon is submerged by a shadow