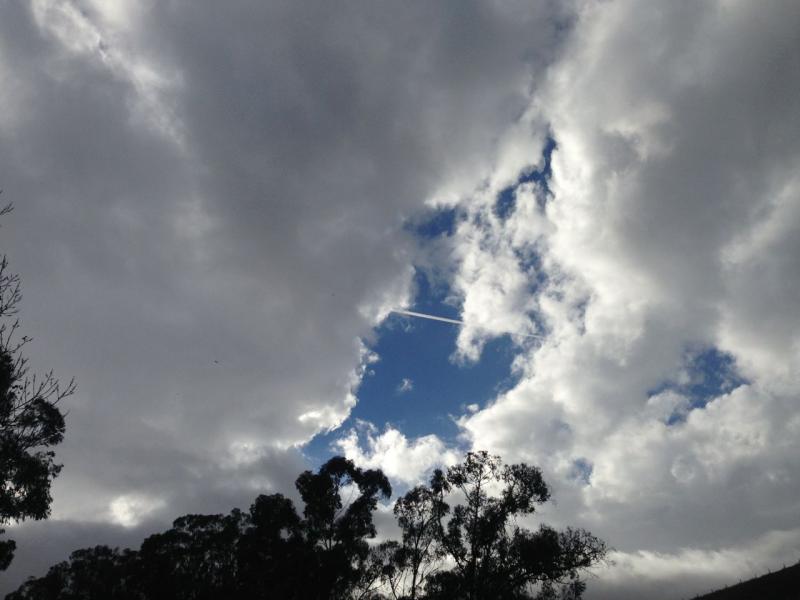 There will be no 16 Day Forecast issued today due to time constraints and because the long range/Fantasyland GFS forecast charts have literally been total garbage for the past  5 Days.  It is horribly frustrating to make sense out of the constant flip/flopping that has been occurring between model runs out beyond Day 7…totally ridiculous!  Today’s charts are no different.  Therefore this lengthy supplement will be a replacement  in lieu of the regular 16 Day Forecast.  With mostly dry conditions during the 16 Day realm, the only concerns are; 1) for wind tomorrow, 2) the Heatwave over the weekend and 3) the one night of possible Frost suggested overnight on Mar, 20th.  We will continue to monitor the COLD Event closely.  The storm pattern at that time on charts has been bouncing around like a kangaroo, and therefore there is not much confidence, except to say, that cooler temps are scheduled to arrive on the 19th.  Hopefully the upcoming charts will simmer down and begin to show some more consistency.

Modifying Factors; Occasional cloud coverage of variable thickness, mixed with intervals of clear skies will produce highly altered temps today.  Downsloping winds may increase the Cappello, Loma and Comanche districts occasionally.   Wind mixing may also have an impact upon temps on TuePM/Wed particularly in the South Valley.  Winds along the Westside and South Valley could reach 30-35 mph on Wed.  Mono type winds may influence the Eastside SJV.

Breezy offshore NE winds are expected to develop this afternoon and last thru the night as an upper level Low Pressure trough (containing a -30°C cold core) over southern ID retrogrades SW toward southern NV where it intensifies into a 558dm Low Pressure.  The system is dry but could produce cloudiness along the Eastside SJV later this afternoon and overnight.  It is currently crossing the ID/NV border region heading SSW.  As the windy/dry storm approaches from the east, the Southern Sierra and Mojave Desert will be in a zone with extremely high winds

under a tightening pressure gradient thru late Wed and some of that wind energy could slip into the Kern Co region of the SJV.   This is a dry storm with nothing but wind!  Wind speeds up to 55mph are expected into the high elevations of the Sierra, Tehachapi Mts and the Mojave Desert region, mainly along the Westside SJV, which diminish Wed night as the Low Pressure kicks to the east.  Eastside SJV winds should be lighter, but may have periods of gusty winds as well from the downsloping winds racing down the western flank of the Sierra, as the GFS suggests a small piece of vort energy slides down into the Southern Sierra foothills.  This could produce a Mono Wind Event over the Southern Sierra.  The downsloping winds will also produce very low dewpoint throughout the region as the airmass dries under downsloping compression, with dewpoint into the teens or single digits possible.  This could pose a threat to grasslands and forests and produce soaring Evapotranspiration rates.  The Evapotranspiration rates for the next 7 Days in the SJV peak on Sunday with a water loss of 0.15 inch for the Sierra and up to 0.18 inch in the SJV for one day!   The Evapotranspiration rate total for the next 7 Days is expected to range from 0.9 inch along the Sierra Crest, up to 1.16 inch in the SJV.   Bad timing for such a large chunk of water to evaporate!    After the Low Pressure moves east, strong summer-like 582dm High Pressure builds into CA, with rapidly rising temps Sat/Sun, with possible Record-Setting Temps on Sunday.  The Heat Wave could extend into Monday as well, with additional Record Temps.  The primary focus this week is the forecast Heat Wave over the weekend.  With temps in the mid to upper 80°’s widespread throughout the districts and reaching or possibly exceeding 90° at the South Valley Stations on Sunday.  The Penn State Historic and Record Website now places this event as a +2.5 Standard Deviation Anomaly for portions of NOR/CENCAL on Sunday. EVAPOTRANSPIRATION rates Chart for the next 7 Days showing a lot of water evaporating due to high temps and wind. And the broken record continues…there STILL remains a great deal of model fluctuation regarding the forecasted cold event.  The amt of variance between charts bouncing back and forth is unusually large, but a common theme is that all models show a blast of cold Polar or ARCTIC air descending southward from Alaska or the Yukon.   Unfortunately beyond that, the final trajectory and/or strength… remains unknown at this time.  Today’s Operational run of the GFS shows a very large change in the location of the storm system as compared to yesterday, just like yesterday was a big change from Sunday.  The fundamental problem that the models are having a challenge with, is dealing with actual placement location of the storm itself.  The charts Sunday suggested the storm location offshore west of OR, while Monday’s charts show it drops due south into  WA/OR on the 19th and then into CA overnight… and Tuesday’s charts show a cool trough moving thru CA on Wed, Mar 19th, with not as much cold air associated with it as has been previously advertised.  Today’s charts show the trough progresses into the Great Basin on the 20th with calming winds and clear skies which may produce a pure radiational night with strong cooling and a chance ofFROST by early Fri morning.

Today’s charts also show a secondary cold core storm system dropping southward from the GOA on Sun, Mar 23rd but remaining offshore too far away from the West Coast to bring rainfall inland.  It is located way out at 40N 140W and does tap into the subtropics for a hefty moisture supply.  Unfortunately charts show this system spins around nearly stationary, from the 23rd thru 26th before it retracts northward back into the GOA.  While it remains offshore a ridge of High Pressure remains over the West Coast under a SW flow pattern.  The end of the GFS Fantasyland Forecast shows an Atmospheric River (AR) originating from the Equator at the Dateline aiming for CA.  This is with a low confidence forecast.

If today’s GFS charts verify, look for a far less threat from FROST, except for possibly Thu night, Mar 20th with minimum temps dipping to 31-30°.  The region does remain basically dry thru Wed, Mar 26th, with possible rains approaching.   The one night FROST event is much better than the proposed multi-night event suggested yesterday, for those who are justifiably concerned.

This event should still be closely monitored with periodic updates as the event start date is only 8 Days away.