Residents are unhappy about the increase and that designs were drawn up before they could weigh in. 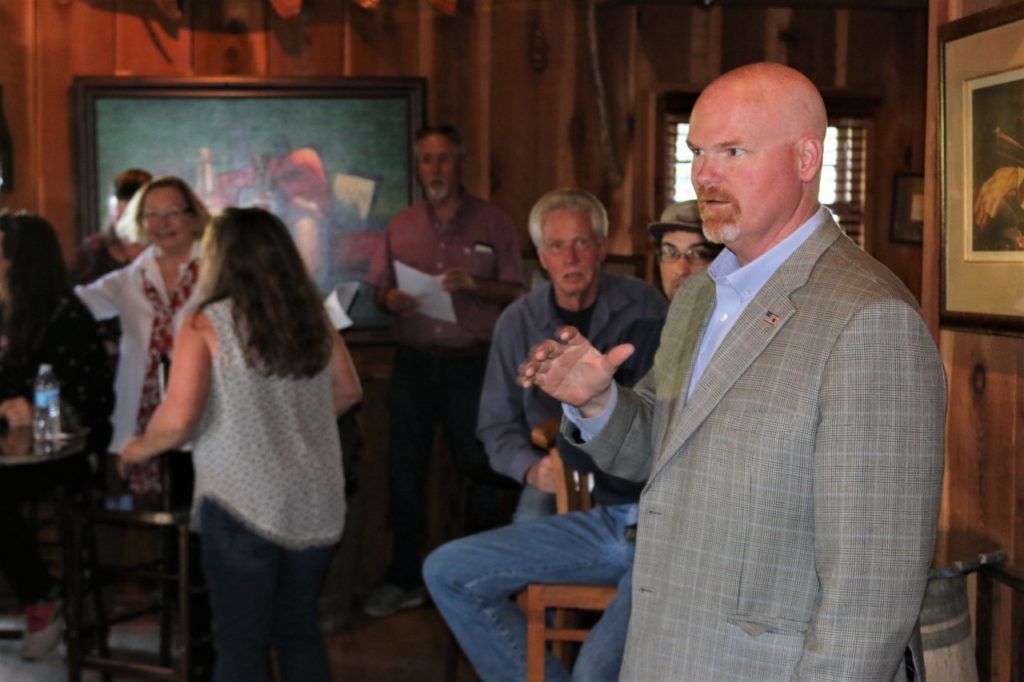 Residents learned that the project cost was increasing 18.95 percent, from the previously reported $9.5 million to $11.3 million; they also learned that engineering plans were already drawn up.

However, Gillio said there was still time for residents to have their ideas taken into consideration.

Caltrans Project Manager Brandy Rider said, “The project is still in early design, so there are opportunities to input into the plan. We have to program out dollars, so we have to make an estimate of what we think we’ll need in order to build the project. We need to move forward because we have a continuing safety issue.”

The original project was undertaken in 2015 to address safety on the two-lane scenic route just below the entrance to Pinnacles National Park. The California Highway Patrol had identified it as the site of numerous fatal crashes. The severe grade of the cut through a hillside came about because of habitat concerns for the California Tiger Salamander, a grove of large oaks, and a Native American site which, Rider said, federal law prevents her from identifying out of concern for theft or vandalism.

Rider said environmental studies must be completed, and there is the need to determine the future of a “cultural resource” or Native American site.

Rider showed two curve restoration project designs to residents. One had a gentler slope than the present cut, leaving much of the hill still intact. The second was flat, totally removing the hill and whatever may be buried there. Rider said the second design could only be used if the cultural resource was exempt from protection.

Rancher John Eade more or less captured the mood of the meeting.

“We just voted in a $500 million tax increase with Measure G,” he said. “We’re supposed to take $250 million of that and build Highway 25. This same outfit that will squander $20 million by the time they’re finished for an eighth of a mile down near the Pinnacles is going to be in charge of that eight miles we’ve got to build up there. By the time they get done with their five-to-one Caltrans ratio, we’ll spend $1.5 billion. That’s what I’m concerned about.”

Caltrans engineers designed the original hillside cut and contracted the work out to John Madonna Construction in San Luis Obispo. The cut hill collapsed a few months after it was completed, at which point Caltrans rerouted traffic around the hill along the same path of the original road.

According to rancher Steve Taylor, Madonna told him and others that the design was bad, the two slopes were unstable, and that Caltrans would not listen to him.

During the March 18 meeting, both Rider and engineer Steve McDonald said the collapse was Caltrans’ fault because engineers did not take deep enough core samples and assumed the hill was made up of similar rock as nearby hills. McDonald said even though the cost of repairing the road seemed high, he told those at the meeting that the cost would be much higher if there was an accident there because “Caltrans always loses lawsuits.”

Gillio said he wasn’t a supervisor at the time of the collapse, but wished he had paid more attention in 2015 to what was happening at the location on State Route 25.

“We are where we are now and that’s why I’m having this meeting to get the information from Caltrans directly to you so there aren’t rumors out there, and to provide Caltrans feedback so we can get the best design possible,” Gillio said. “They need to fix this issue. They caused it.” 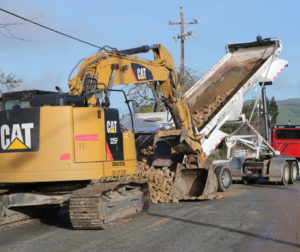