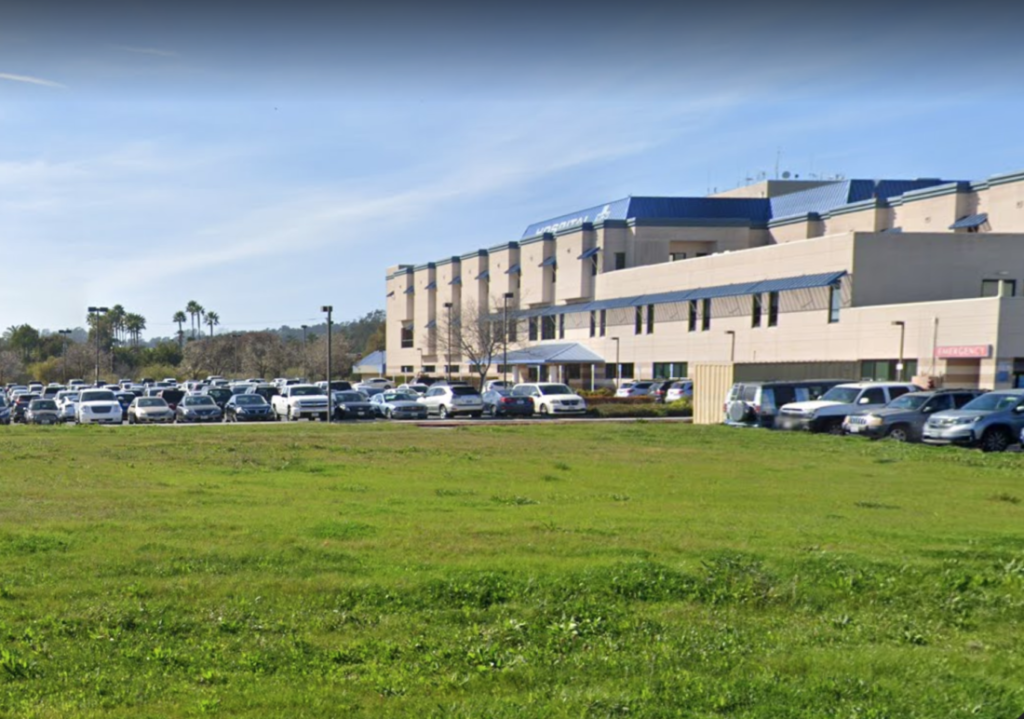 With the Nov. 4 announcement that the San Benito Health District was in a fiscal emergency and that it was considering filing a Chapter 9 bankruptcy petition, Hazel Hawkins Memorial Hospital joined 631 other rural hospitals nationwide at risk of closing in the near future. This is largely because of “financial losses in patient services” and “lack financial reserves,” according to a report from the Center for Healthcare Quality & Payment Reform, a national health care policy center.

But just 30 miles from Hazel Hawkins is the Watsonville Community Hospital. It, too, was facing bankruptcy exacerbated by losses due to the pandemic as recently as Dec. 2021. BenitoLink took a look at Watsonville as an example of a recent effort by county and state officials, along with businesses working together to save their healthcare center.

According to the Pajaro Valley Healthcare District Project, the steps taken to make the turnaround work included:

Watsonville Community Hospital (WCH) filed for Chapter 11 bankruptcy on Dec. 6, 2021, according to the Pajaro Valley Healthcare District Project (PVHDP), a not-for-profit 501(c)(3) that was created specifically to advocate for community-led healthcare services by forming a healthcare district and purchasing WCH to transition it to community ownership and governance.

In order to form the healthcare district and acquire the hospital, urgency legislation—Senate Bill 418—was brought forward by state Senator John Laird (D-Santa Cruz) and co-authored by Assembly members Robert Rivas (D-San Benito County) and Senator Anna Caballero (D-Merced). The bill was passed unanimously by the Assembly and Senate, and on Feb. 4, 2022, Gov. Gavin Newsom signed it into law. With his signature, the Pajaro Valley Healthcare District was established.

On Aug. 31, 2022, Laird announced in a press release the finalization of the hospital purchase by PVHDP.

“I applaud the community for rallying together to make this happen—creating and funding an entire healthcare district in less than a year is a complex and difficult task. For me, working on this has been challenging and time consuming, but in the end unbelievably rewarding. I also want to thank Gov. Gavin Newsom and his team for recognizing the pressing need to invest in Watsonville’s healthcare infrastructure,” Laird wrote.

Because of redistricting, starting Jan. 3, San Benito County will become part of Laird’s 17th District and no longer be in Caballero’s district.

On Sept. 1, Santa Cruz County confirmed in a news release that PVHDP had acquired the hospital, and told how 450 donors, with contributions ranging from $5 to $7.5 million, raised the necessary funds to purchase the hospital. “With the sale of the hospital approved by the U.S. Bankruptcy Court in San Jose, the hospital successfully emerged from the Chapter 11 process,” the release stated.

“The Pajaro Valley Healthcare District Project was established less than a year ago to create a local healthcare district that will allow for community-driven healthcare services and enable the longevity of Watsonville Community Hospital,” said PVHDP Board member Carlos Palacios in the Sept. 1 release. “Today, everyone should be proud of the work our community did to ensure that one of the most important and impactful resources supporting the health and well-being of the Pajaro Valley remains open for business.”

The hospital needed $62 million, and Santa Cruz County supervisors requested a $20 million loan from the state. Instead, the state wrote a check for $25 million. Then the community came up with an additional $40 million, including $5 million from the Community Health Trust of Pajaro Valley. The funds went into a foundation with oversight from the Attorney General’s office for 20 years.

Other contributors and donors included:

Caballero said she has had conversations with the San Benito supervisors, members of the hospital board, and the interim Hazel Hawkins CEO Mary Casillas. Caballero’s staff has also been in conversations with other state entities.

“They are all committed to keeping the hospital open, and I have made the governor aware,” a representative from Caballero’s office told BenitoLink. “Everyone is currently looking at all options to find solutions. Rural hospitals like the hospital in San Benito County, are critically important to the health and safety of the community and Senator Caballero is committed to doing all that she can to keep them open.”

Congressman Jimmy Panetta, who will no longer represent San Benito County following redistricting, said, “As the federal representative for the 20th Congressional District, I have continued to ensure that the federal government works with Hazel Hawkins Hospital, including during the pandemic in which we worked hard to get the hospital nearly $8 million in federal funding. I continue to stay in contact with the hospital administration to advocate for their applications for federal grants and remain in touch with and supportive of our state and local partners to ensure the hospital stays open and active in our community.”

Rivas and Laird did not immediately respond to BenitoLink’s request for comment.

San Benito County Supervisor Kollin Kosmicki said bankruptcy is inevitable, when the county granted a $1.1 million advance on property taxes due to the hospital in April 2023. But Hazel Hawkins has so far delayed filing for Chapter 9 bankruptcy—it was originally announced that it could happen by Dec. 31.

Hazel Hawkins said it projects that it will run out of sufficient cash to continue operations on Feb. 18. The hospital has said it needs to come up with $25 million to avoid bankruptcy.

San Benito County supervisors have said they do not support any more loans to Hazel Hawkins, stating it would be detrimental to county services. The county is facing county-wide staffing shortages, including directors in key departments such as the Resource Management Agency and Behavioral Health. It’s also struggling to fund road maintenance.

In contrast, Watsonville Community Hospital received $5 million from the Santa Cruz County Board of Supervisors.

Comparing the financial capabilities of the two counties, San Benito County’s  budget is currently $230 million with a population of only 66,000. In Dec. 2022, SBC supervisors said it had $23 million in reserves.

Hazel Hawkins Memorial Hospital was asking for 43% of the county’s reserves while Watsonville got 12% of its county reserves.

The hospital also recently announced that it had reached an agreement with Anthem Blue Cross effective Jan. 1 that allows Anthem-insured patients to maintain in-network access to Hazel Hawkins services, facilities and providers. The hospital has said years-long reimbursement issues with Anthem Blue Cross is one of three factors which put Hazel Hawkins in a financial crisis.