If second reading is approved, the proposed rule will go before voters for approval. 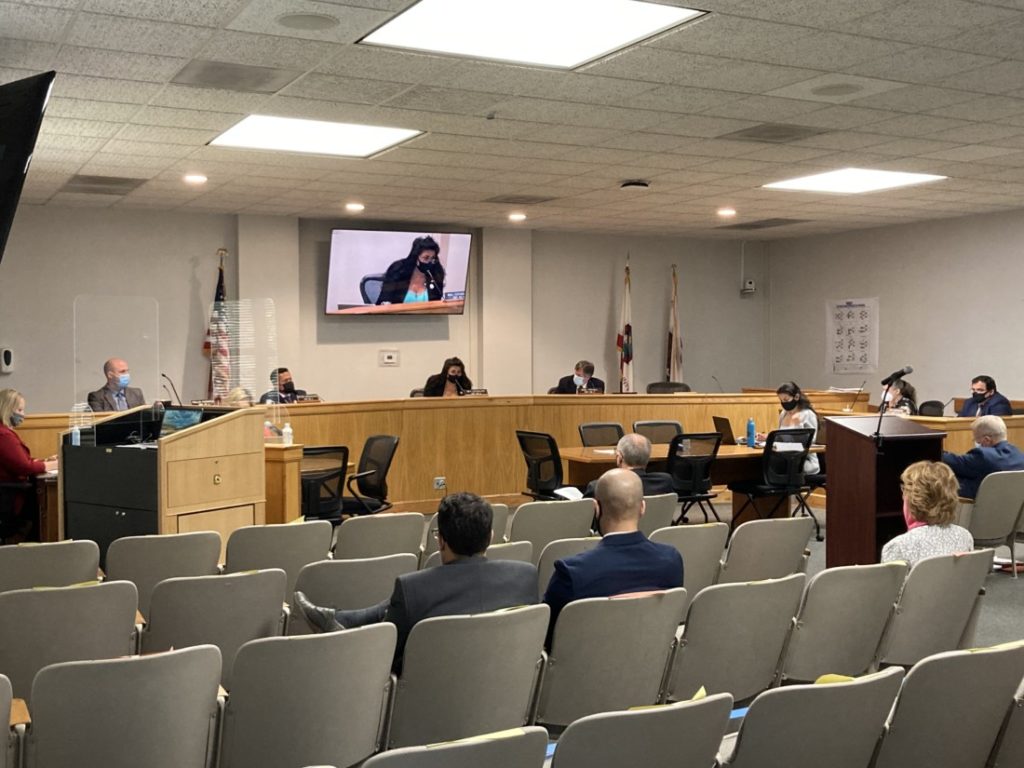 Board of supervisors on June 8. Photo by Noe Magaña.
×

Aiming to keep residents from making a career out of being a San Benito County Supervisor, the board unanimously approved the first reading of a resolution limiting supervisors to serving three terms maximum. Final adoption of the resolution is scheduled for June 22 and would not take effect until after it receives approval from voters.

Former and current supervisors are allowed two additional terms under the plan, according to the agenda packet.

Supervisor Kollin Kosmicki, a member of the committee which worked on the resolution alongside Supervisor Bea Gonzales, said the pros outweigh the cons.

“You’re not overly comfortable with the position, it prevents sort of the rubber stamp reelection that you get with incumbency oftentimes with name recognition, it promotes fresh ideas,” Kosmicki said about the pros. He added it would also allow qualified individuals to run for office who otherwise would be discouraged to do so as it’s difficult to beat incumbents.

He also said, citing Congress as an example, that unlimited terms lead to a more political and “poisoned” board, and increase the chances for corruption.

“We should have goals and we should accomplish those goals and get out, and let somebody else get in there with fresh ideas,” Kosmicki said.

The cons to the term limits, he said, is not allowing a really good leader to serve the community longer. However, he said those cases are rare.

If an individual is appointed and serves 365 days or more, it’ll be counted as a term. With Mark Medina’s recent resignation from the board, the District 1 is  vacant and could be filled through an appointment by Gov. Gavin Newsom.

San Juan Bautista Councilman John Freeman, who ran for District 2 supervisor in the 2020 primary election, said he was against limiting terms because he would prefer to have seasoned, experienced legislators making decisions.

“If the person is not doing a good job, the ballot box comes around in two or four years and that person can be removed by the public,” Freeman said.

Robert Gibson, who ran for District 4 supervisor in the November 2020 election, said he agreed with the term limits but recommended not to count an appointment as a term because that person would be limited to serve less than 12 years, compared to other supervisors.

According to the agenda packet, there are at least eight other counties in California that have instituted term limits for supervisors including San Mateo, Los Angeles, San Francisco, Orange and El Dorado.