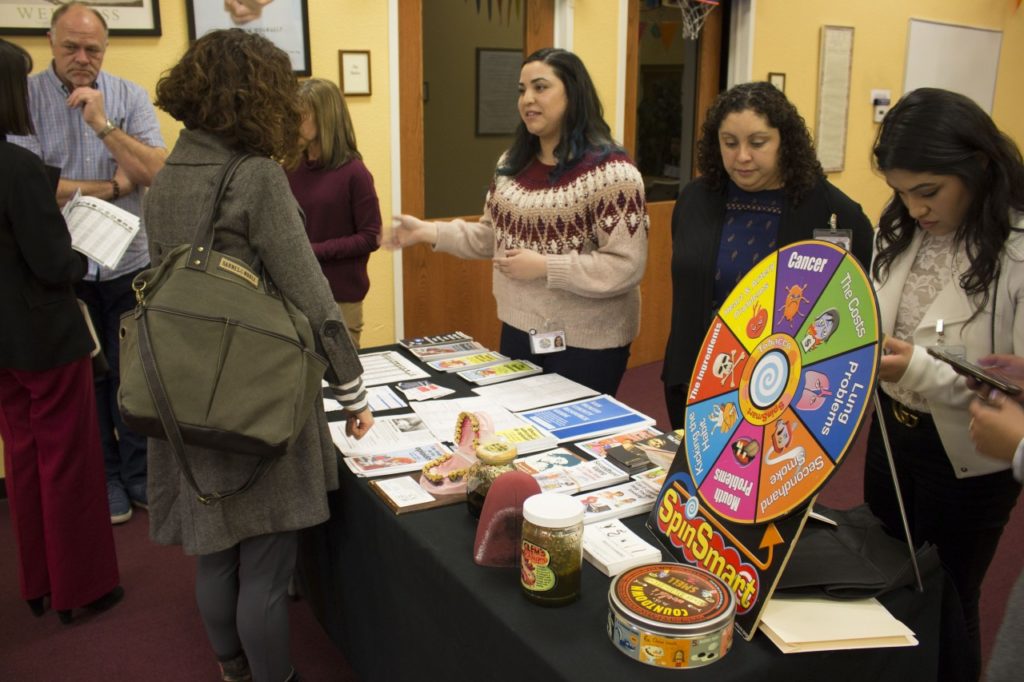 San Benito County Behavioral Health Services hosted an informal community gathering to educate and encourage dialogue with locals on the dangers of opioids and tobacco.

According to its website, the task force is comprised of members from local agencies and organizations.

Pamphlets were available with information on safe disposal sites and website resources, as well as the dangers of opioids and tobacco.

“So many people are misinformed about opioids, about drug usage and it’s really becoming socially acceptable,” said attendee Angelo Hudson.

Hudson said informative events like the Jan. 22 gathering are important because they illustrate the risks of opioid and tobacco use, educate the public and can prevent or reduce their consumption by youth.

Task force member Veronica Johnson said people should not be afraid of disposing of illegal substances because the important thing is getting them out of the streets.

“It’s safe and no one will ask questions,” Johnson said.

White said many people dispose of opioids by flushing them down the toilet, which is not safe for the environment because it contaminates the water. She indicated that there are disposal bins at police stations, hospitals and pharmacies.

When it came to discussing tobacco usage, the gathering honed in on e-cigarettes and vaping. Attendees had the chance to spin a prize wheel focused on eight tobacco topics. One question: how many chemicals are in one cigarette? Answer: over 7,000, including hundreds that are toxic and 70 shown to cause cancer.

Health associates with the Tobacco Education Program said parents should become familiar with tobacco-related products because at a glance they look like ordinary items—juice boxes, candies and flavored water—used by children and teens.

The associates also noted that there are thousands of flavors that mask the tobacco flavor and could entice teens to vape.

Health associate Elaine Narciso said parents might hear their children speaking of flavors that could be candy, but in reality they could be sharing their favorite vaping flavors.

The associates offered a tip to gain awareness: walk into a smoke shop and look at the products offered. Another resource for parents is Flavors Hook Kids.

Attendee Hudson said a lot of people have the mentality that nothing will harm them, until it’s too late.

“I think this is a great thing because they are doing something,” Hudson said. “They are not just sitting back and complaining about a problem. They are actually trying to prevent it, make awareness for it and fix it.”