Costs to renovate county properties skyrockets because skilled workers are in short supply as County Parks & Recreation Commission approves $600,000 in renovations to supervisors for consideration. 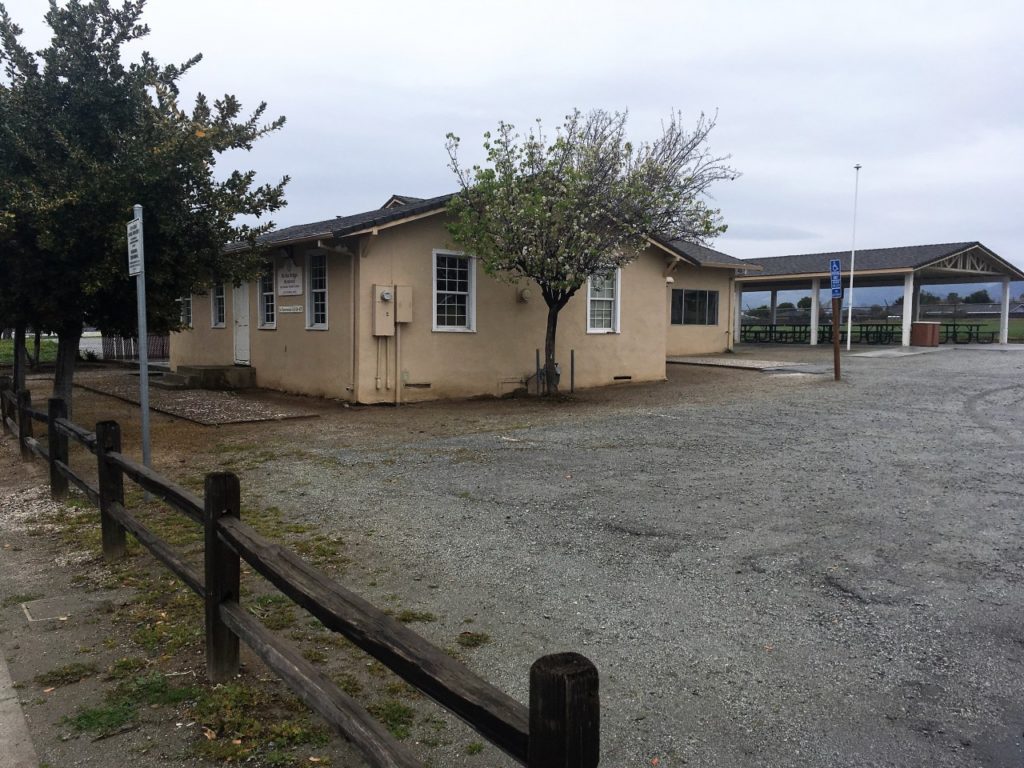 The $250,000 cost to renovate the Briggs building is so high, according to Adam Goldstone, because no one needs the work and they can bid whatever they want.. Photos by John Chadwell. Commissioner Don Pidd, director of the San Benito County Historical Society and caretaker of SBCHP, said in previous years the commission was often late in making recommendations to the county board of supervisors for approval of capital projects. Richard Gallagher, of the Veteran’s Park Commission, asked if some of the previously recommended capital projects had yet to be accomplished. Adam Goldstone, capital projects manager for the county’s Resource Management Agency (RMA), updated the commission on projects that were approved, but not yet completed.

The first project addressed was the River Parkway Regional Park (RPRP). Goldstone explained—for the benefit of two new commissioners, Tim Powers and Paul Hain—that in exchange for nearly 40 acres from San Benito County High School to construct the park, the high school wanted to close Nash Road through the campus. He said bidding on construction of the bypass would begin in April, and the building the road would last through the summer.

The other projects included irrigation improvements at Veterans Park, at Hillcrest Road and Memorial Drive, which he said is essentially completed. Another project is the renovation of the Bertha Briggs Memorial building, budgeted at $250,000. Goldstone said he worked with a local architect and presented the contract to the supervisors, but they did not approve it. He said he will bring it up again to the supervisors to see if they are serious about the renovation. If they aren’t, he said the liability and maintenance issues are such that if nothing is done, the building cannot be used. Renovations would include security issues, durability, safety and ADA concerns.

“The floor is giving way in the bathroom,” he said. “We had to build it up just to hold the toilet. It’s not getting any better, so we need to do a major renovation.”

When asked if the building was rented very often, he said between scouting organizations using it almost every weekday night, it’s also fully booked most weekends. He described the building as a nice asset for the community and a money-maker for the county that needs to be invested in. He said it would come back before the board as part of the budget by the end of March, which would be voted on in June.

“I did ask last year for them [supervisors] to approve a parks master plan update,” he said. “They did not approve that project, but I’ll ask for it again this year.”

He said the parks master plan was created around 2008, and every project in it, except for RPRP, was completed within three years. He said it needs to be updated in order to determine the use of funds. He estimated the cost of updating the master plan would be about $100,000, to pay for consultants and staff time involved.

Goldstone was asked how many new homes were being planned for in the county. He said the range of new units is from 3,000 to 5,000, stating most will be built south of the Hollister.

“That will make a big impact on Historic Park, which is the only non-sports park,” Pidd said. “Which is important to remember as you work on the master plan, to make sure you’re incorporating things like the economic value of parks and recreation. If we don’t offer a good, quality of life beyond just the roads for industries that may relocate to the area, they’re not going to. They’re not going to bring people in if there’s nothing for them to appreciate and enjoy.”

Commissioner Mindy Sotelo asked Goldstone what he thought the total budget would be for all the projects at Veterans Park. He said last year they were budgeted at $600,000, which came from $2.2 million in impact fees that continue to grow along with the new construction. He said the expected cost of the new road will be about $1.5 million. Sotelo wanted to know if the projects move forward in 2018 would the original $600,000 budgeted be enough or would more be needed. Goldstone said even that amount might not be enough. He said an additional $50,000 would be helpful.

“Unfortunately, a lot of our project budgeting, and not just on parks, is more about what we’re willing to spend and not what the project needs, so things end up being left on the table and not addressed,” he said. When asked how he came up with the $250,000 figure, he responded, “It started out with a guess last year. When I started talking to the consultants, $250,000 quickly seemed pretty tight for what needed to be done out there.”

Sotelo wondered if it would be cheaper just to knock the Briggs building down and construct a new one. Goldstone said that while they would end up with a better structure, it would be prohibitive to build a new one. He compared the cost of renovating the entire building for $250,000 to a 4,000-square foot office he is working on that will cost over $600,000.

“Things are just very expensive right now,” he told her. “It’s just because there’s not a lot of people who need the work, and the few people who bid, bid what it’s worth to them. It’s not just here. It’s the whole region.”

Regarding Tres Pinos Creek at SBCHP, Pidd told the other commissioners that nearly a half-acre of the park was lost during the floods last year.

“The county is working with FEMA in order to develop a restoration plan for the creek and hopefully channel it back to the original channel,” he said. “I also contacted STRAW (Student teachers restoring waterways), and they’ve done quite a bit of restoration work in the county, so we’re trying to get them connected with the engineers and FEMA to develop a good restoration plan by bringing in students and teachers to work. The more of those plans we can do the better for the community.”

He was asked how much land he estimated could be reclaimed and if it would be permanently useable or always in jeopardy. Pidd said they will have to wait to see what the engineers say about it. Gallagher joked about the commission now having an environmental scientist, referring to Powers.

“I actually went out there this past weekend,” Powers said. “It’s in that floodplain now and it’s been overrun. The practical use, unless there’s some sort of natural barrier, it’s going to be tough to say ‘yeah, we can use it for things.’”

Pidd said he couldn’t really estimate how much land washed away, but he did say a picnic area and several oak trees are gone. He said two consulting engineers working with a FEMA biologist had examined the creek, in addition to someone from U.S. Fish and Wildlife.

“It looks like that will be a year to a two and a half year project,” Pidd said. “It will take quite a while just to develop a plan, with work possibly starting in June or July.”

In addition to coming up with funds to pay for the restoration of the creek, Pidd said the park has grown steadily over the last 10 years. The one area for improvement he thinks needs to be studied is the well system that provides non-potable water.

“I’ve been trying to get across we need a potable water system,” he said. “All it needs is a filtering system. That would be my priority recommendation for the budget, to put in a filtering system. I get really concerned when the kids are drinking the water out of the hoses.”

The commission voted unanimously to support the parks master plan update, the projects at Veterans Park, and the filtering system at Historical Park.