Proposed changes include requiring cultivators to obtain conditional use permit. 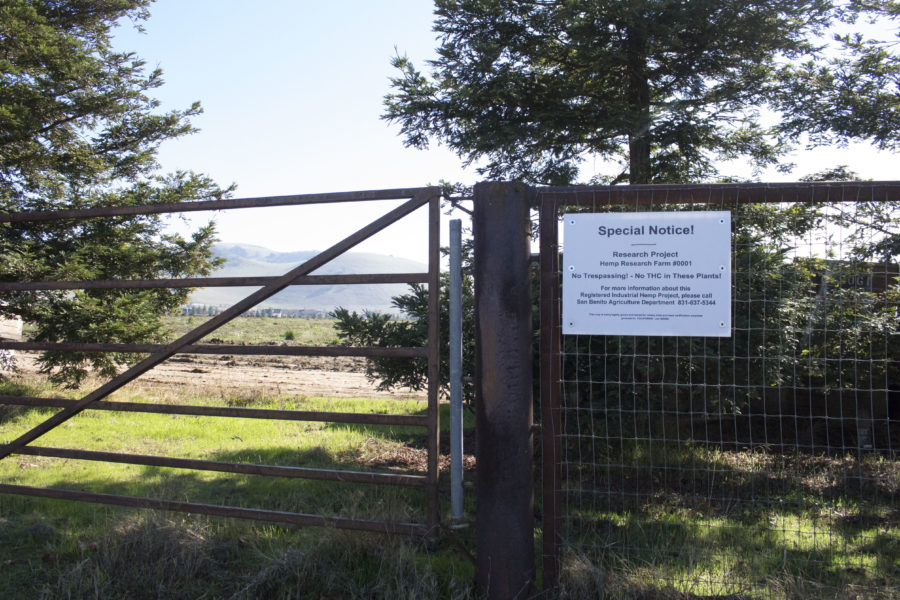 While the hemp growing season is over, the signs on a fence along Comstock Road remain. Photos by Noe Magaña.
×

After a year of industrial hemp cultivation in San Benito County, residents raised concerns about odor and increased criminal activity in surrounding areas of some operations. The county went back to the drawing board, and on Jan. 15 the San Benito County Planning Commission unanimously approved changes to regulations. The revised ordinance is expected to go before the Board of Supervisors for adoption on Feb. 4.

On Dec. 10, the Board of Supervisors placed a 45-day moratorium on the hemp ordinance that was adopted in September. Supervisors extended the moratorium on Jan. 14 to allow the Planning Commission time to review and adopt changes the following day. Hemp became a legal crop in the United States as part of the 2018 Farm Bill.

Changes to the county ordinance include one-mile setbacks from the sphere of influences of Hollister, San Juan Bautista and county services areas; and cultivation area setbacks increased from 100 feet to 1,000 feet from residential property boundaries. Additionally, growers will be required within 30 days of harvest to shred hemp plants or stalks and incorporate it into the soil, Deputy County Counsel Joel Ellingwood said.

Commissioners also approved changing the 500-foot setbacks from public roads to 100 feet if cultivators install a fence or other screening mechanism. According to the draft ordinance, the ad hoc committee made up of Supervisors Peter Hernandez and Anthony Botelho suggested setbacks between 200 and 400 feet with use of a fence.

After hearing concerns from people involved in the hemp industry including Russell Dotson and Kevin Moore, Commissioner Robert Gibson said he wanted to remove the ordinance’s ban on cultivation within the boundaries of the San Benito wine/hospitality priority areas, in order to “get the conversation more focused than half the production land in the county.” The ordinance still includes 1,000-foot setbacks from San Benito wine/hospitality priority areas such as tasting rooms, restaurants and hotels.

Gibson clarified that if wineries planned to construct a hospitality facility within 1,000 feet of an established hemp cultivation, they would not be able to kick out the hemp operation.

“I personally experienced the CUP process,” Moore said. “It took me two years for San Benito County to vet a conditional use permit for a farm and we don’t have two years.”

Dotson said it was unreasonable for the county to require responsible farmers who did not cause issues to go through the conditional use permit process in order to protect the wine hospitality areas. He also said more wine vineyards have been removed than have opened in the area.

“The wineries and wine tasting rooms can be protected by specific radiuses or less dramatic measures,” Dotson said. “The hemp and wine industries can cohabitate in the county, but to give such preferential treatment to one crop over the other is not right.”