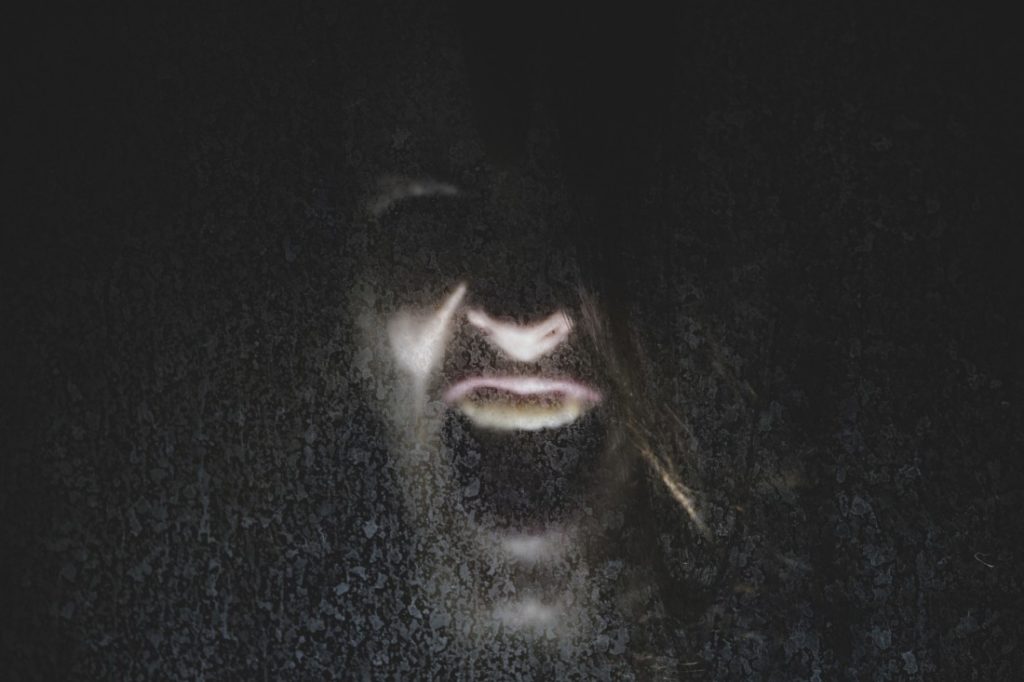 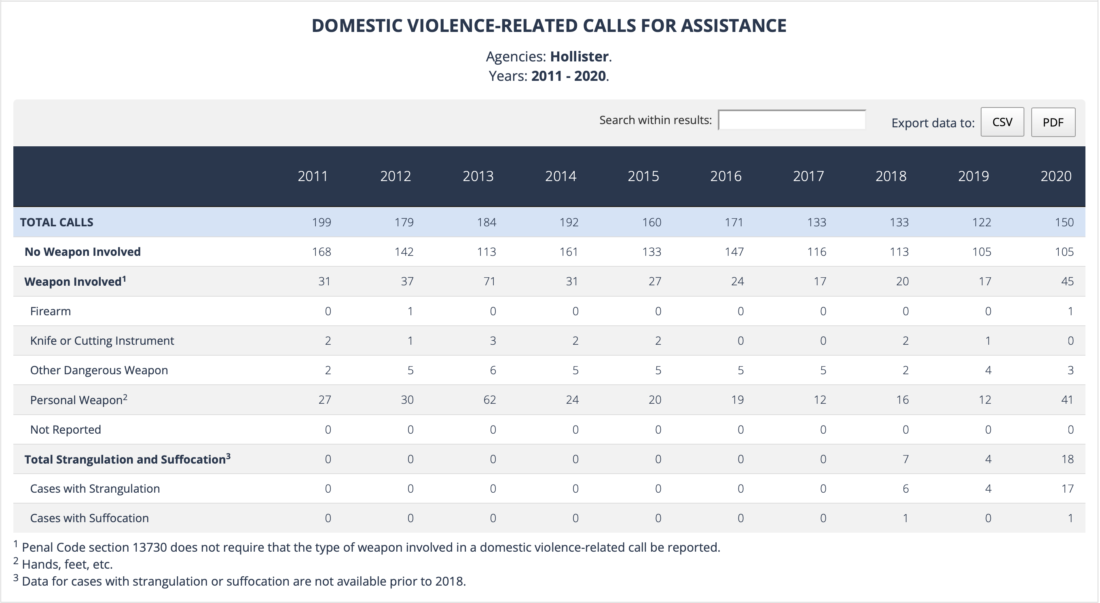 According to the California Department of Justice, San Benito County law enforcement agencies responded to 192 calls related to domestic violence in 2020. This equates to 3.7 calls a week.

The National Coalition Against Domestic Violence describes domestic violence as, “the willful intimidation, physical assault, battery, sexual assault, and/or other abusive behavior as part of a systematic pattern of power and control perpetrated by one intimate partner against another.”

In the hope of addressing the roots of domestic violence, San Benito County offers a 52-week Batterers Intervention Program to help perpetrators stop the cycle.

Christine Henriques, a cognitive behavioral counselor with the program, said it is a weekly two-hour class that educates convicted domestic abusers about preventing domestic violence.

“If the person knew better, they would do better,” Henriques said.

The program is supported with classes on parenting, anger management, substance abuse support groups and therapy.

David Smith (not his real name) was arrested in 2017 on domestic violence charges. He was convicted and spent five months in San Benito County Jail. He said he realized that his abusive behavior was in part caused by his alcohol abuse and in part from learned behavior.

Smith said he grew up around violence, and although he hated it, he repeated it. He likened his situation to a weed—you can keep cutting down what is above ground but if you don’t get to the root, it will grow back.

Following incarceration he was placed in the intervention program. He said he resisted it at first but slowly began to embrace it.

He said one of the focuses of the program is to look at accountability. Smith said he was about half-way through the class when he accepted that the physical abuse he inflicted on his then-girlfriend was his fault.

He said he has since turned away from violence and lives a sober lifestyle. He said he will “forever be grateful” to the program and to Henriques.

Domestic violence does not discriminate. It is found in all socioeconomic classes and in all cultures, Henriques said. She has had a 76-year-old in her class, proving that age is also not a factor. She added that one in three women and one in seven men are victims of domestic abuse. She cautions that the number could be more because men are more reluctant to report than women.

Marie Griffin (not her real name) was not arrested or charged for domestic violence. She reached out to Henriques in August 2020 following an incident in which her partner filed a restraining order against her, which led to her losing custody of her two-and-half-year-old son and experiencing a few weeks of homelessness.

Griffin said she had perpetrated both physical and emotional abuse on her partner and wanted to turn things around and get her son back.

Along with the domestic abuse program, Griffin has taken parenting classes (she also has a teenage child) and attends Alcoholics Anonymous meetings. Prior to the restraining order, she had two drunken driving convictions.

The Batterers Intervention Program and parenting classes set the foundation for Griffin to regain custody of her son. After completing the programs and continuing to attend AA, she was first granted supervised visits until she could prove to the court she was ready for joint custody.

She told BenitoLink that one of the things she learned is to walk away from a fight. Now when faced with a conflict she said she can tell someone, “I don’t have time for this.” She said she has learned a lot from the classes and hopes to be a facilitator so she can help others turn their lives around.

Henriques said that self-doubt often leads to inequality in a relationship, causing the perpetrator to strike out in an attempt to gain control, and causing the victim to accept what is happening.

The program also guides perpetrators to trust partners and learn how to communicate without using coercive power and control. It also teaches them how to be fair, honest, responsible and accountable.

The three types of violence are:

According to Henriques, there are 10 tactics of power and control. Learning what these tactics are and how to overcome them are part of the program.

Only physical abuse, sexual abuse and threats are criminal offenses and as such, people who engage in these tactics comprise the majority of students in her classes.

Michael Jones (not his real name), like Smith and Griffin, speaks highly of the program and credits the program with changing his life.

Jones was arrested in 2019 following a fight with his girlfriend who, according to Jones, had been in a previous domestic violent relationship and was at times also violent. Jones said the violence is a cycle and that people continue doing what they know.

Following his conviction, Jones did not spend time incarcerated but was required to go through the batterers program. He said he learned life skills including better ways to communicate, adding that the program taught him not to use absolutes like “always” and “never” and not to think in those terms.

He said he learned to be macho while growing up and had to unlearn that. Jones said he and his girlfriend have changed their behavior and communicate better, adding that he is thankful to Henriques and the program for his new life.

Henriques, who is also a cognitive behavioral counselor at Transitions Re-entry and Recovery Program, a certified alcohol and drug counselor at Bright Future Recovery Detox, and board president at Innate Health Connection, said she understands the issues that often accompany and intensify domestic violence because she has lived them. She said she experienced homelessness and substance abuse and fought to get over them.

Henriques said she believes in paying it forward.

“You can change your life,”  she said.

The Superior Court of California, County of San Benito provides the following resources to victims of domestic violence:

SAFETY: As a victim of domestic violence, your safety and safety of your children and family are very important. Remember if you are making phone calls from home, or using your computer at home, that here often ways that other people in your home can check calls and internet sites that you have visited. For more information regarding safety planning, please call one of the domestic violence agencies listed on this information sheet. 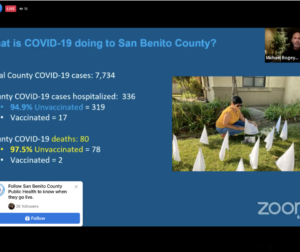 Doctors and pharmacists answer questions from the community about COVID-19 vaccines. 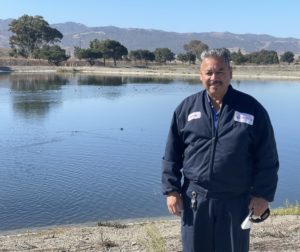 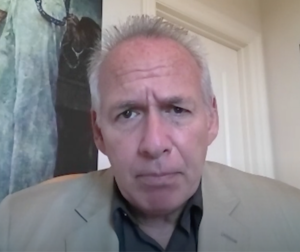