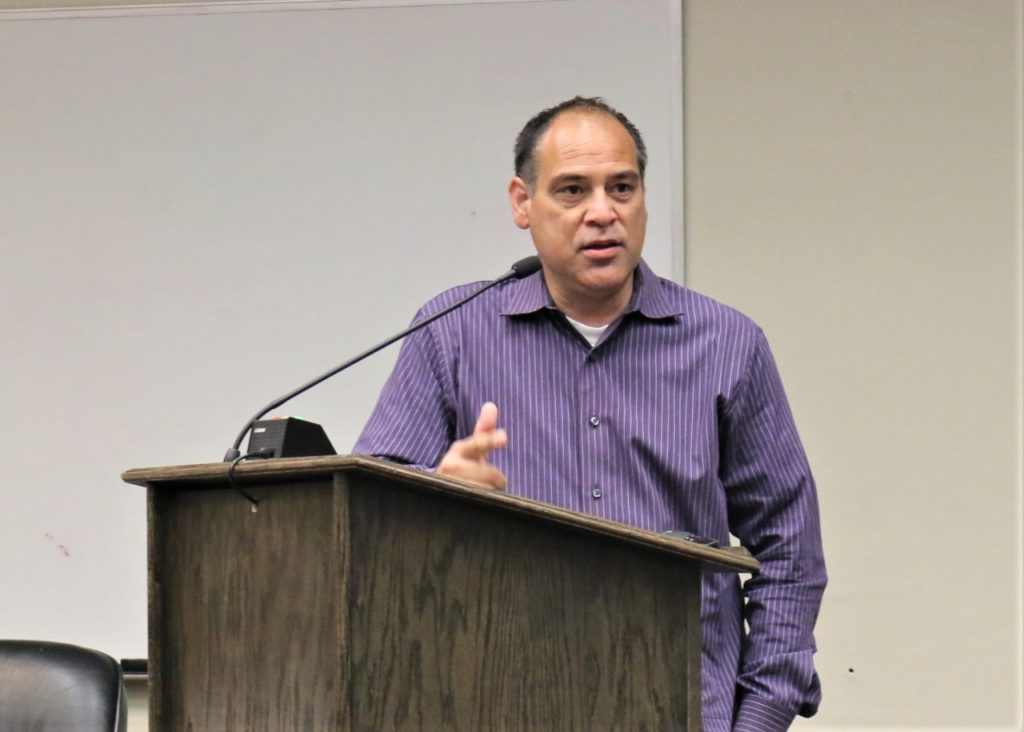 The San Benito County Board of Supervisors rejected a resolution Aug. 8 to pay an additional $290,000 to the law firm providing legal services in connection to the county’s efforts to secure sales and use taxes owed by Con Edison on the Panoche Valley Solar Project. Instead, the contract was amended to not exceed $60,000.

“The contract is basically to cover any mitigation that we would have with Con Edison,” said Supervisor Mark Medina. “They wanted us to approve ‘not to exceed $290,000,’ but I said it isn’t an open check that I want to give someone.”

Medina said the other supervisors agreed with him—Jerry Muenzer was absent—and when Jaime De La Cruz suggested $60,000, the board passed a resolution with the lower figure. The contract with the firm runs from July 1, 2017 to June 30, 2019. The firm's latest effort on behalf of the county was on July 24 to assist with writing a “notice of default” to Con Edison.

“They haven’t paid the sales taxes (to the county) because they paid San Francisco instead,” Medina said of Con Edison. He said the only reason he could think of for doing that was because San Francisco was possibly the port-of-entry for the solar equipment that was most likely made in China. “Once it entered the port, that’s the taxing agency. They were supposed to have some type of entity that would show it was coming here and the sales taxes were due here.”

Since the letter was sent, Medina said the county has been negotiating with Con Edison in an attempt to resolve the issue.

Medina said there probably is not a chance of receiving taxes based on the original design of the solar farm, but he contends the county should receive something close to it. If Con Edison does not honor the original agreement, then he believes the company needs to compensate the county in some fashion.

“When the project was passed, most of the decisions made by the supervisors were based upon the projected revenue stream,” he said, adding that he believed the original agreement stipulated that no matter if the company built-out the site as originally designed or not, it still would owe the agreed-upon amount of taxes. “It’s like having a lease. Say, if you have a 10-year lease on a building, it doesn’t matter if you have something in the building or not. You still have to pay the lease.”

The solar project was recently reduced in size from 247 megawatts to about 130 megawatts after a drawn-out legal battle with environmental groups. Additionally, some 26,000 acres that the company had secured for the project were set aside as wildlife habitat.

The notice of default was sent to the principals involved with the solar project: Panoche Valley Solar (PVC), LLC; DEGS Solar, LLC; Duke Energy Corporation; and Con Edison Clean Energy Business, Inc., regarding the development agreement between the county and Solargen Energy, Inc. The county contends that as the successor to Solargen, PVC is in breach of the agreement.

The letter spelled out what the county contends are the specific breaches, including the relocation of part of the project hundreds of miles away, a move that goes against the original design on which the county voted. In moving and reducing the size of the project, it also meant the 150 to 200 jobs that were promised would not come to fruition. And PVC is accused of not operating in good faith to have all sales and use taxes go to the county. For additional details, see to the PDF file below.

Both a spokesperson for Con Edison and Barbara Thompson, San Benito County's interim county counsel, declined to comment for this story.