Road report to supervisors reveals lack of county staff has delayed repairs of 10 bridges and it will cost $2.7 million to realign John Smith Road to intersect with Fairview Road. 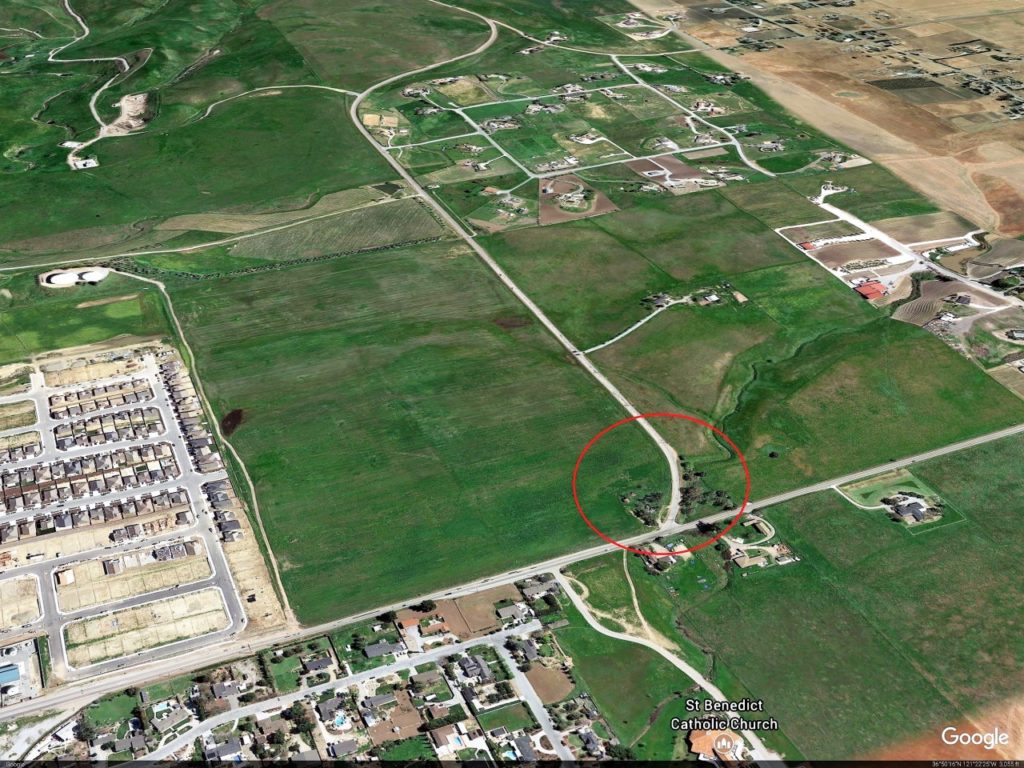 Because the Resource Management Agency (RMA) is habitually understaffed, the county is incapable of properly administering the Federal Roads and Bridge Program, resulting in all but one—Hospital Road Bridge—of 10 bridges in the county not being repaired or replaced. This startling fact was discussed briefly by James Poulfer, of RMA, as he was prepared to move on to other matters in his report to the board of supervisors Sept. 12.

Supervisor Jerry Muenzer, though, brought him back on track when he asked Poulfer what sort of staffing would the county need in order to move the other nine bridges forward. Poulfer said the county needed people who could handle consulting, oversight, review of submittals, and simply be organized enough to keep the projects moving forward.

“Right now we have many projects that are sitting here with plans that need to be reviewed and we just don’t have the staff,” he said.

Muenzer asked Poulfer if he was basically an engineering department made up of one engineer. Poulfer told him that was the case. Muenzer then asked John Guertin, who was recently hired to head RMA, if he had plans to bump up staffing.

“Hopefully, in the next few weeks I’ll be bringing an organizational structure to the board for your consideration, after I’ve met with the staff and everybody who needs to be consulted,” Guertin said. “This will be one of the many issues that we bring up, engineering staff, planning staff and staffing admin.”

Guertin said some staffing issues would be accomplished by shifting people around and redefining roles for the current staff. In addition to studying staffing structures, he said he will also be figuring out how to streamline policy procedures. Muenzer advised Guertin that the Hospital Road Bridge had been out since either 1995 or 1998, as he couldn’t remember which flood washed it away. He also said that Caltrans had contacted him with their concerns that the bridge program was not moving forward.

“You need to get the personnel and get this project moving forward,” Muenzer told Guertin. “I don’t know if they’re all 20-year projects, but they’re close to it.”

Guertin commented that the lack of personnel has been an issue in every agency he has been a part of. He said in the late 90s and early 2000s, agencies were flush with money from grants, but San Benito County is behind other agencies. Muenzer told Poulfer his work was appreciated, but he needed to get the personnel and start moving forward.

In briefing the board on the John Smith realignment project, Poulfer said, regarding the California Department of Fish and Wildlife, there is a potential for a minimum of $600,000 in mitigation bank credits related to 12 acres that the county will need to purchase in order to realign the road. He said there is also potential for aquatic habitat because of the way the road is currently designed to be realigned that would go through one vernal pool (temporary pools of water that provide habitat for distinctive plants and animals) and close to another, which has a potential impact for fairy shrimp and California Tiger Salamanders..

He said the property was priced between $300,000 and $400,000 per acre for the mitigation bank, but he offered a possible savings by decreasing by half the curve radius of the realignment design of the portion of John Smith Road that intersects with Fairview Road. By doing so, he maintained that the road would miss both vernal pools.

Poulfer said if the county were to take his suggestion to change the realigning John Smith Road they would also have to realign nearby St. Benedict Road so there would be an intersection where it aligned with John Smith Road. He said he had already spoken to officials at St. Benedict Catholic Church and they were amicable to the idea. He asked for the board’s input before he moved forward and invested in the project.

Supervisor Anthony Botelho commented that something had to be done about the realignment and since funds are in place he wondered how many years it would it take to implement Poulfer’s suggestion.

“The wildcard here is right-of-way, which I’m pretty certain we have,” Poulfer said. “I do have a dialogue with Fish and Wildlife about the project, so we’re looking at spring or summer construction period of 2018.”

Muenzer commented that the county had just about exhausted mitigation lands for “vernal pool lizards or foxes,” most likely a reference to the habitat set-asides in Penoche Valley connected with the solar farm project there. Poulfer said if the board wanted to invest in mitigation lands for the road it would cost more than the project itself, and he didn’t have a budget to pay for both.

Supervisor Mark Medina said he had heard there might already be some funding in place. Poulfer said there was landfill funds that could be used and there might be the possibility of using Regional Surface Transportation Funds. Medina asked him if there were a John Smith realignment fund and Poulfer said there was and that it is listed as HSP and other landfill projects. Medina wanted to know where the money was. Poulfer said he didn’t know, but Melinda Casillas, a county management analyst, told Medina it was located in traffic impact fees account.

Poulfer said if the board approved his idea to basically realign the already approved realignment design it could potentially save the county between $500,000 and $600,000 by avoiding the mitigation issue. Muenzer wondered if the county had $600,000 to buy mitigation land should they choose to stay with the first design. Casillas told him there was money in the landfill and traffic impact fee accounts. Poulfer then said the total cost for the realignment, should the county buy mitigation lands, would be approximately $2.7 million.

When told that, Muenzer asked if the county had $2.7 million for the project on hand. Casillas said this was the first time she heard the $2.7 million figure and that she would have to double check, stating she knew money had been set aside, but did not say she knew how much. Muenzer was also told that even if the county saved money by skirting around the vernal pools, the project would still cost about $2 million.

“I know most of the people who use that road are in District 4, so I get hit with most of the complaints about that half-mile stretch, and it’s terrible,” Muenzer said. “I was going to suggest if Jim (Poulfer) couldn’t tell us we were going to begin this tomorrow, let’s just abandon the project and use the money we have to do an overlay like we did on the rest of the road, but that wouldn’t solve the intersection problem. I certainly don’t want to say go ahead with a redesign and then have another board ten years later trying to get the project done.”

He said he wanted assurance that shovels will dig into the dirt in the spring or summer of 2018 before “…pulling the trigger and using the $2.7 million and do the project as designed,” he said.

Supervisor Botelho said the intersection at John Smith and Fairview Roads is too dangerous to ignore any longer.

“We can’t abandon this project,” he said. “It has to be realigned. We’ve invested a lot of money and we’re throwing all of that away at this late hour, and thank you again, Fish and Wildlife, but we have to move forward.”

Medina made the motion to proceed with the project, as is, using the original realignment design that would include paying for mitigation land and the board voted unanimously in favor of it.