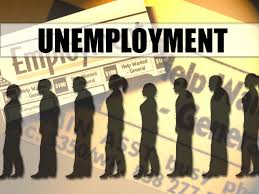 Non-farm payroll jobs in the state increased by 24,200 during the month for a total gain of more than 1.3 million jobs since the recovery began in February 2010, according to data released this week by the California Employment Development Department (EDD) from two separate surveys.

Nonfarm jobs in California totaled 15,472,800 in June, an increase of 24,200 jobs over the month, according to a survey of businesses that is larger and less variable statistically. The survey of 58,000 California businesses measures jobs in the economy. The year-over-year change, June 2013 to June 2014, shows an increase of 356,400 jobs (up 2.4 percent).

EMPLOYMENT AND UNEMPLOYMENT IN CALIFORNIA
The federal survey of households, done with a smaller sample than the survey of employers, shows an increase in the number of employed people. It estimates the number of Californians holding jobs in June was 17,241,000, an increase of 6,000 from May 2014, and up 313,000 from the employment total in June of last year. The number of people unemployed in California was 1,378,000 – down by 46,000 over
the month, and down by 303,000 compared with June of last year.