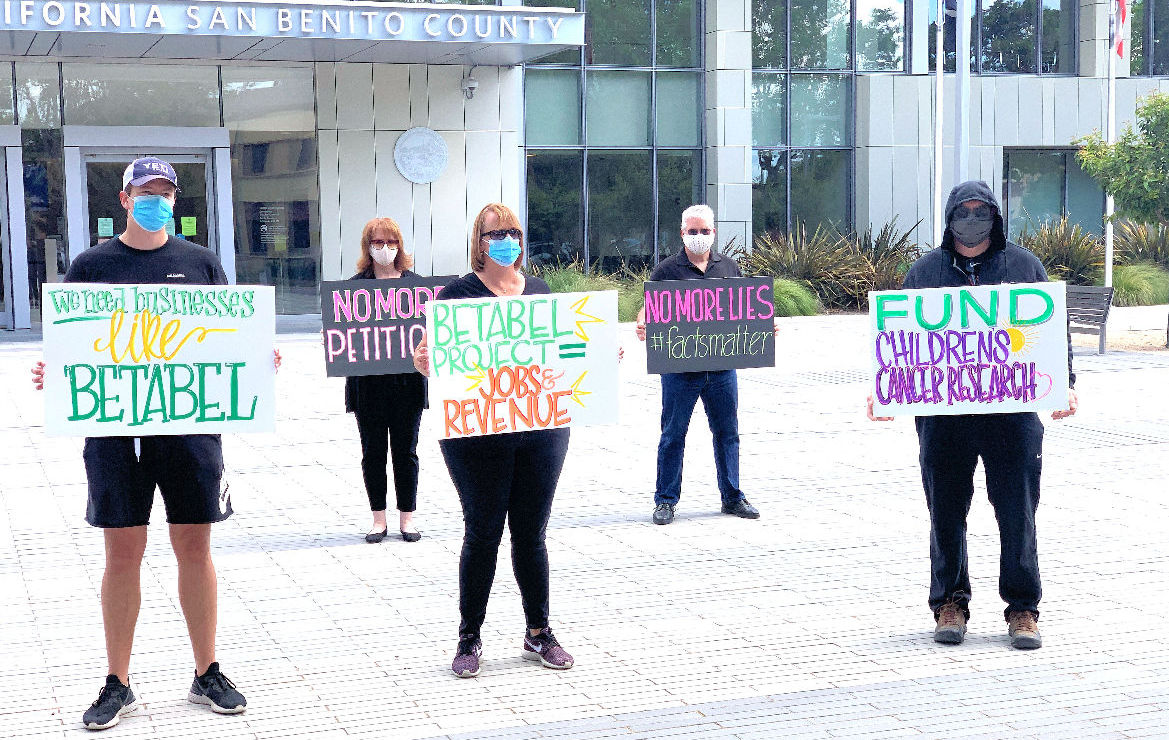 A group called San Benito Citizens for Brighter Future Protested out in front of San Benito Superior Court during the May 19 hearing, demonstrating in favor of the Betabel development. Photo by Robert Eliason. 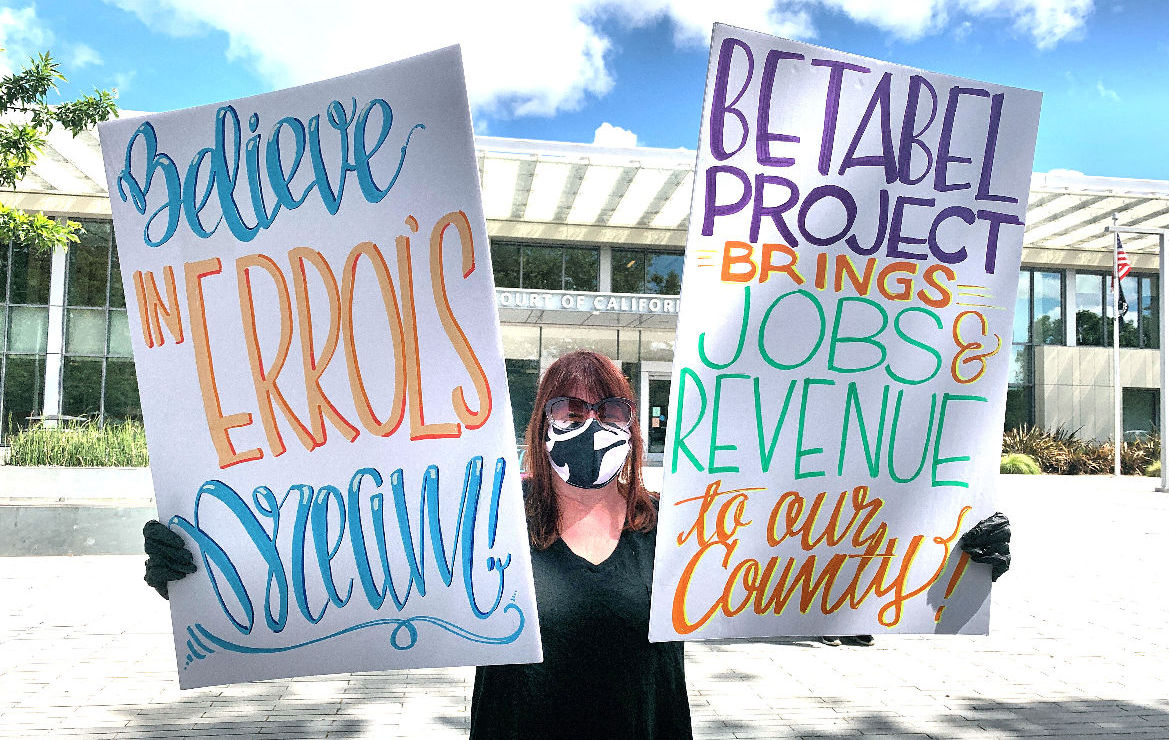 On May 19, San Benito County Superior Court Judge Thomas Breen approved the petition brought by Preserve Our Rural Communities (PORC) to suspend the commercial rezoning of the Betabel node located along Highway 101.

The rezoning is now expected to take effect 30 days after the state’s stay-at-home order is lifted. The hearing came two weeks after the court granted PORC a temporary restraining order that stopped the rezoning from taking effect.

Betabel is one of four properties along Highway 101 designated in the county’s General Plan as commercial regional. The remaining 85 acres of the property will continue to be zoned agricultural rangeland-flood plain.

Breen said the court temporarily suspended the rezoning because the stay-at-home order prohibited anyone who sought to challenge Ordinance 1008, a non-emergency ordinance, through a referendum.

“It’s not an indeterminate time that this is going to last,” Breen said. “It’s just for 30 days after the shelter-in-place is over with. Seems simple enough that the constitutional requirements that the people have to challenge 1008 need to have that opportunity.”

San Benito County Assistant Counsel Joel Ellingwood and property representatives Robert Martin and Zachary Walton argued that the court did not have the power to grant relief to the petitioners, because the shelter order prevented PORC from circulating a petition for referendum, not because the ordinance was unconstitutional. They also argued that PORC sought to suspend the ordinance indefinitely.

“What petitioners are asking this court to do is to effectively freeze Ordinance 1008, a zoning ordinance, with no constitutional issues,” Martin said.

Mark Wolfe, representing PORC, said the organization was not challenging the shelter order or demanding changes to the order as it was necessary for public health.

“We could be asking for things that other courts in other states have provided,” Wolfe said. “Mandatory acceptance of electronic signatures, reduction of the number of signatures that are required, any number of other things but what we are asking, in our view, is very reasonable.”

Prior to the pandemic, PORC gathered signatures for a county-wide initiative to eliminate 16 commercial node designations outlined in the 2035 San Benito County General Plan and require voter approval for zoning changes. They also led a Hollister-based initiative aimed to make the sphere of influence, an area surrounding a jurisdiction marked for potential growth, into an urban growth boundary. PORC previously ran a successful campaign against Measure K in the primary election.