Central Coast veterans enrolled in VA health care are eligible for inoculation as soon as Feb. 13. 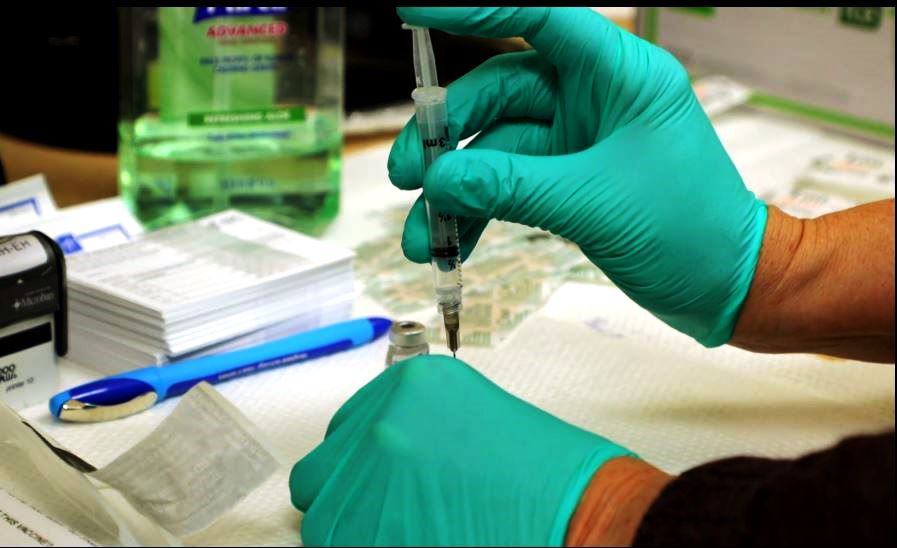 Panetta, himself a veteran, said he wanted to show that the government was responding in allocating a share of COVID-19 vaccines to the VA.

“For our veterans on the Central Coast the closest location for them to get their vaccine was in Palo Alto,” he said. “That’s been a problem for our veterans in having to drive that long distance, which could easily lead to inaccessibility.”

He said he first heard about the “inequitibility” of Central Coast veterans not being able to receive care based on the distance they were forced to travel. After hearing about the issue during a town hall meeting, Panetta said he contacted the Veterans Administration in Washington, D.C., and Palo Alto, as well as the Centers for Disease Control (CDC) and Health and Human Services to tell them of the need to provide vaccines to veterans in rural areas.

“The VA in Palo Alto immediately put in place a plan to distribute vaccines right here at the Gourley clinic this Saturday,” Panetta said. “That means hundreds of veterans on the Central Coast will avoid the hours-long drive to Palo Alto and more easily receive their vaccines.”

Askew said the doses directly allocated to the clinic were in addition to those allocated to Monterey County residents.

Cameron, a Marine veteran, said now that the vaccine is available in Monterey County it’s vital to let veterans throughout the Central Coast know how they can receive vaccinations. He also said getting veterans to the clinic, many of whom do not have transportation, needs to be worked out. He said any veteran can contact his office to arrange transportation.

Cameron said if a Hollister veteran wants to schedule a vaccination, they need to call (650) 496-2535. However, if they’re not already in the VA health care system, they should call the Hollister VA office at (831) 467-7613, which coordinates for both San Benito and Monterey counties.

O’Connor said that to date, the VA in Palo Alto has given 6,669 first doses and 778 second doses to veterans, beginning in December. She said the VA follows both its own internal guidelines as well as CDC guidelines to determine eligibility. The first to receive the vaccine were those age 90 and above, veterans in nursing homes or spinal cord injury units, as well as health care workers.

“I’m happy to announce for our upcoming clinics we’re able to open up to those who are 70-plus, or any age veteran who is homeless, if you’re on chemo dialysis, if you received a solid organ transplant, or if you’re actively receiving chemotherapy treatment,” O’Connor said.

She said the Palo Alto VA first received shipments of the Pfizer-BioNTech vaccine and because of refrigeration requirements the shots could only be offered there and in Menlo Park.

“At the beginning of this month, we were given Moderna allocations,” she said. “We were given 1,000 for our Stockton and East Bay veterans and 600 for Monterey. We found out last week that we were able to get those 600 doses and we quickly mobilized and set up the clinic for Feb. 13 and will be distributing all our allocations in that one day.”

O’Connor said the clinic operates on an appointment-based system only, which can be reached by calling (650) 496-2535. Walk-ins without appointments will be turned away. Veterans under 50 are not eligible at this time, but they can fill out an interest form and will be contacted when they’re eligible.

“At this time, distributions are on a week-to-week basis,” she said. “Until we know in the future, all I know is this is one distribution. If we get more, we’re ready to go.”

The Marina VA clinic does not have the infrastructure requirements of ultra-cold freezers needed to store Pfizer-BioNTech vaccine, so only the Moderna vaccine will be offered there when available. 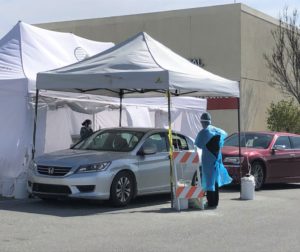 Steve Hannah says infection rates are not expected to peak in April as predicted.

Eight new cases reported, 5,695 people have tested positive, 52 are active patients, 5,582 have recovered and 61 have died; the county’s current positivity rate is 5.6%.

Nine new cases reported, 5,687 people have tested positive, 48 are active patients, 5,578 have recovered and 61 have died; the county’s current positivity rate is 5.6%.