Mayor wins vote requiring developers, real estate agents and lobbyists to present their projects at public meetings rather than discuss them in private with council members. A BenitoLink investigation finds the ordinance is misleading as written and possibly unenforceable. 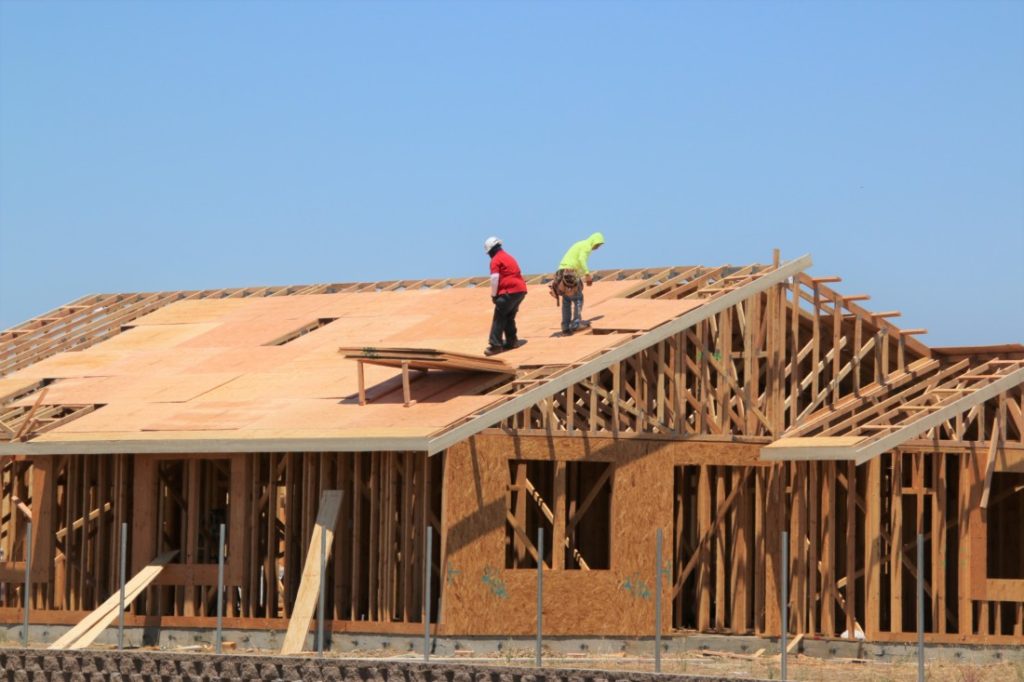 The mayor claims council members can speak to developers in their districts, but the ordinance says they can't. Photo by John Chadwell. 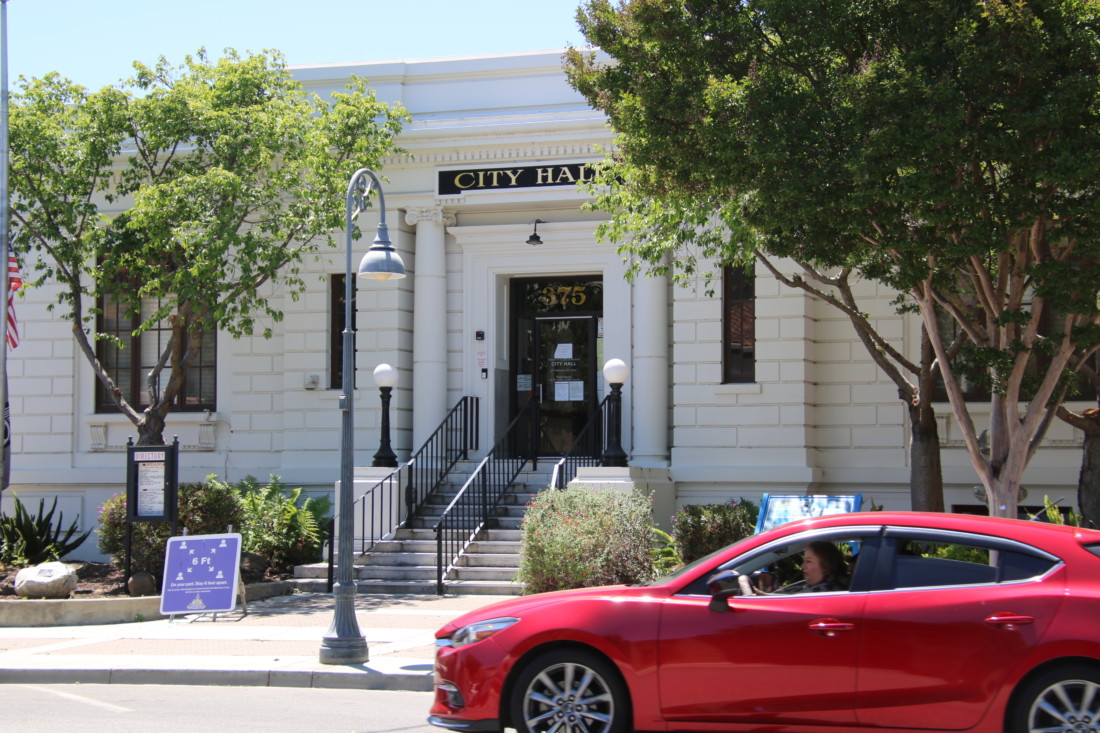 Editor’s note: This article was updated to include information of organizations BenitoLink reached out to but didn’t provide a comment. It was also updated Last updated May 27, 1:29 p.m.

In a controversial move that may be unprecedented in California, the Hollister City Council this month passed an ordinance severely restricting the ability of interested parties to meet with council members individually.

The ordinance was conceived by Hollister Mayor Ignacio Velazquez, who claims it’s a way to stop lobbyists and developers from making backdoor deals before the council meets. “This way, they can’t line up three votes” to carry a motion on the five-member council, he said. “It’s still my opinion we should not meet with developers privately.”

The ordinance—passed unanimously on May 3—prohibits council members from meeting individually with lobbyists, real estate developers, or anyone else “trying to influence city policy” for up to a year before the matter might go before the City Council.

The action was met with concern and incredulity by local public officials and residents. BenitoLink also reached out multiple times to several chambers of commerce, including the San Benito County Chamber of Commerce, the San Benito County Association of Realtors and the First Amendment Foundation, but they did not provide a comment.

Michelle Leonard, executive director of the San Benito County Chamber of Commerce, said her board could not provide an official statement on short notice. BenitoLink first reached out on May 25.

“Building a consensus of support is the basis for any major investment in the city, whether it is residential or commercial,” said Karson Klauer, a former city council member and real estate broker. “No reasonable business person is going to put a large sum of money on the line if they can’t feel out where the council members are on a given proposal. The ordinance as written discourages investment in the community to the detriment of its residents.”

Klauer also said all residents have a right to broach a conversation with any elected official.

“If the elected official does not want to have that conversation, the impetus should be upon them to explain why,” he said. “This ordinance gives the council members an easy excuse to limit community engagement. It is one thing to disagree with someone’s opinion. It is another thing completely to deny that person the opportunity to state said opinion.”

The 18-page ordinance is wide-ranging, covering every aspect of running each city department, including the council. When since-resigned councilmember Honor Spencer asked City Attorney Jason Epperson if the prohibition was legal, he replied that it was, but that it may not be enforceable because it would come down to “what kind of teeth it had and how it would be enforced.”

Some residents, former council members and current supervisors expressed concerns about restriction of free speech, and whether the ordinance was designed to exempt Velazquez.

“The first thing you have to ask yourself is, ‘who does this ordinance benefit?” former city manager Bill Avera said. “One of the mayor’s pet peeves has always been he is technically no different than any of the other council members, except in title. He will try to do anything he can to separate himself from the rest of the pack. Everything he does is somehow benefiting Ignacio.”

Avera said he could not think of another community with such an ordinance.

“It sounds like the mayor doesn’t want to have anybody having conversations with people other than him or he wants to tighten the reins on four other people so he can conduct what goes on in the city by himself,” he said.

Despite the language of the ordinance, Velazquez said the entire council, including himself, can freely communicate with any resident of the city in all the districts. He did say that he was responsible for adding the section that prevents council members from meeting with developers and lobbyists.

Even so, Velazquez told BenitoLink that while he would not meet with developers or lobbyists, the other council members were free to do so. However, he said the intent of the ordinance is to prevent developers and lobbyists from meeting with council members of more than one district, even though there is no wording in the ordinance addressing this.

“This way they can’t line up three votes,” he said. “At the end of the day, though, the sentence could be clearer, but it’s still my opinion we should not meet with developers privately.”

He told BenitoLink that in the past developers would approach three council members to get their buy-in and then come to him asking for his support for their project. He claimed they would tell him that they already had three guaranteed votes.

In a previous council lineup, the late Marty Richman, Spencer, and Carol Lenoir were often united in their support for developments, and before that, it was Ray Friend, Mickie Luna, and Karson Klauer.

Jason Noble, a local realtor since 1988, spoke against the ordinance at the council’s April 19 meeting. He said the way the ordinance reads he would not be able to say anything beyond “hello” to a council member. He said that in order to bring projects forward he needs to be able to speak with staff and politicians.

Lenoir also said during the April 19 meeting that communication is key to effective city planning.

“I don’t understand what the harm is with brainstorming and letting a developer or contractor know what’s generally expected and what you would like to see them bring forward for full council consideration,” she said. “Every council member has the opportunity to be part of the groundwork. The issue of not being able to respond to another council members’ constituent is ridiculous.”

Lenoir, who frequently went head-to-head with the mayor and Councilmember Rolan Resendiz when she was on the council, particularly on growth issues, continued to address Velazquez directly, “How many times have I heard you say, ‘I’m going to meet with the rally promoter’? I don’t see the appropriateness of you meeting with the rally promoter because they look to the city for approval.”

Asked if the ordinance should include the annual motorcycle rally, of which the mayor has been a leading proponent and intermediary with the promoter and often talked to the promoter privately, Velazquez said it should not, because the council had approved a five-year agreement.

Former Hollister School District Trustee Rob Bernosky said at the April 19 council meeting that if he were only able to speak at public meetings, he would be relegated to three minutes, with no back-and-forth discussion. He reminded the mayor that several years ago the two of them had “spirited discussions” about cannabis and wondered what would have happened if the mayor had not been allowed to speak to him privately.

“Where are the limits?” he asked. “Why are you saying it’s just on developers? This is a very bad idea. Do not limit our ability as constituents to talk to our elected officials at any level, on any topic.”

After the ordinance was approved, former Council members Klauer, Ray Friend and Carol Lenoir, as well as San Benito County supervisor Peter Hernandez  told BenitoLink they thought the ordinance was an overreach and a likely First Amendment violation. Supervisors Kollin Kosmicki and Bob Tiffany would not comment on the ordinance. Tiffany said as a supervisor he wants to be able to meet with developers and other businesspeople “to get as educated as possible on potential projects, especially if they involve commercial or industrial development for the unincorporated areas of the county.”